Single-cell RNA-sequencing can identify the transcriptome of thousands of individual cells. With this method, the progression of viral infections and the influence of the host cell state on the process can be monitored in detail.

The infection of a population of cells with a virus is not a uniform process. The number of incoming virions, the state of the cell or stochastic events influence the progression of infection. And then there might be "bystander cells", which are themselves not touched by a virus, but may receive signals from neighbouring, infected cells. Methods such as RNA-sequencing can profile the changes in gene expression upon infection with great sensitivity, however average over tens of thousands of heterogeneous cells. On the other side, experiments based on FACS of microscopy can track single cells, however only for selected markers. Single-cell RNA-sequencing (scRNA-seq) combines the advantages, and provides transcriptomic data for thousands of individual cells, making it an interesting tool to study the inherently hetereogeneous process of virus infection (Cristinelli and Ciuffi 2018). In the past two years, the first studies using scRNA-seq with a range of viruses provided novel and surprising insights (among others Zanini et al. 2018, Russell et al. 2018, Shnayder et al. 2018, Steuerman et al. 2018, Drayman et al. 2019).

In our experiments, we looked at the first hours of Herpes simplex virus 1 infection of primary human fibroblasts. About 12000 cells were analyzed, uninfected and harvested at 1h, 3h and 5h post infection at a multiplicity of infection of 10, in two biological replicates. The scRNA-seq method we used (Dropseq, Macosko et al. 2015) captures polyadenylated RNA. Since HSV-1 transcripts are polyadenylated, we could thus for every single cell determine not only the host transcripts but also which and how many viral transcripts are present. So, for example, we could see that almost all the cells harvested at 5hpi contained viral transcripts, but ranging from 0.01% to 30% of the total transcriptome (Fig. 1). The appearance of the viral genes could then be also followed on the level of single cells, allowing for a refinement of the canonical immediate early/early/late definition (Fig. 2).

For the analysis of the host cell transcriptome, we cover different aspects in the paper. Correlation of viral transcription as a whole to the abundance of individual human genes showed that some, like RASD1 or RRAD, increase proportionally to the accumulation of viral transcripts (Fig. 3). Such factors are interesting candidates to study their influence on the infection. For a dynamic analysis of gene expression, we used three different algorithms, namely diffusion maps (Angerer et al. 2016), RNA velocity (La Manno et al. 2018), and graph abstraction (Wolf et al. 2019). First, this showed bursts of host cell transcription (shown for RASD1 and HOXA9 in Supplementary Fig. 4), which we could then also relate to the appearance of viral transcripts ( Supplementary Fig. 2d,e). Second, we have seen that a subpopulation with high expression of target genes of the transcription factor NRF2 is less likely to progress into infection (Fig. 4i).

To follow up on the the hypothesis that high NRF2 activity may counteract infection, we investigated two NRF2 agonists. Application of both, immediatly after removal of the virus inoculum, reduced the productivity of infection (Fig. 6). In addition, we constructed a reporter plasmid for FACS-based readout of NRF2 activity, and found that in cells with higher NRF2 activity the infection is slowed down (Fig. 6).

Studying virus infection using single-cell RNA-sequencing is only at its beginning. The handful of papers published in this topic so far already provided a range of new insights. It will be interesting to follow how future studies will contribute to a better understanding of virus-host interactions in viral infections. 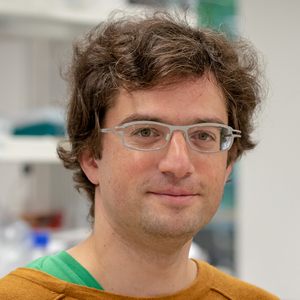