Out of the many diverse anaerobic metabolisms out there, sulfate-reduction is one of the easiest to spot! The blackened sediments and lingering, rotten-egg smell often found in coastal areas are the result of sulfate-reducing microorganisms (SRM) respiring sulfate (SO42-) into sulfide (HS-). Sulfide is toxic and corrosive, and so across several industries (e.g. wastewater, oil & gas) there is a push to inhibit this microbial metabolism and limit sulfide production.

When I started graduate school, the lab I joined had recently uncovered several potent and specific inhibitors of SRM. These compounds look like sulfate and trick SRM into using them just like sulfate, but cause a range of deleterious downstream effects that either slow down or stop sulfate reduction all together. I dove head-first into the study of perchlorate, my sulfate analog of choice. Over the next several years, we learned a lot about how model SRM are inhibited by perchlorate. We also learned that pure cultures of SRM can adapt to very high concentrations of perchlorate by modifying a key and conserved enzyme in the sulfate-reduction pathway. One single nucleotide change increased the enzyme’s resistance to perchlorate three-fold!

Alongside these pure-culture studies we also examined inhibition in complex sulfidogenic communities. Here again, we learned a lot about the rates and mechanisms of inhibition. But something always puzzled us: never, across any of these community-level studies, did we see adaptation to perchlorate. At the same time, it was becoming more and more apparent that evolutionary outcomes depend heavily on the ecology of the system; the presence of additional organisms can change both the costs and the benefits of arising mutations. And so we got to asking: can sulfidogenic communities adapt to perchlorate inhibition? How? Do non-model SRM in sulfidogenic communities use the same mechanism we had previously described for our model SRM adapting in pure culture?

To answer these questions, we set up a classic laboratory evolution experiment: sulfidogenic communities were transferred in increasing concentrations of perchlorate. Because we already knew how our model SRM, Desulfovibrio alaskensis G20, adapts to perchlorate in pure culture, we also included a set of communities bio-augmented with G20. We tracked community composition and genomic variants, and using a variety of molecular techniques we were able to link these genomic variants to molecular mechanisms of resistance.

We learned some interesting things! Increasing perchlorate concentrations initially selected for the innately more resistant SRM. These SRM further increased their resistance via genomic mutations. Mutations were not in the central pathway for sulfate-reduction. Instead, in both of the dominant adapted SRM, adaptation occurred via changes to anion transport systems and the regulatory systems controlling them. These changes amounted to either less perchlorate or more sulfate entering cells, maintaining a low intracellular ratio of perchlorate to sulfate, and presumably allowing sulfate to compete effectively for enzyme active sites.

Thus, it turned out that in our complex community adaptation targeted not a single, conserved and critical-to-sulfate-reduction enzyme, but rather the diverse set of anion transport systems present in SRM, and the even more diverse set of regulatory systems behind them. SRM crafted their escape from perchlorate by modulating sulfate transport! Indeed, our work highlights the large diversity of both transport and regulatory elements in SRM, a diversity likely reflecting how SRM have historically coped (and continue to cope) with real-world environmental stressors. We can only speculate as to the function of these many transcriptional regulators, and to the specificity of the multiple anion transporter. The very fundamental question of how SRM transport sulfate and how this transport connects to the resilience of SRM under stressful conditions is only beginning to be uncovered. 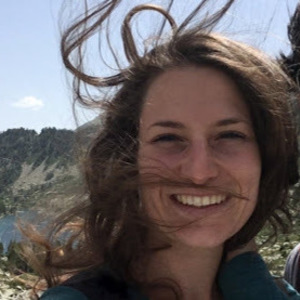