Our quest to identify the genes responsible for the gut bacterial conversion of plant polyphenols to bioactive metabolites.

One of our lab’s biggest pet peeves is when people show an image of broccoli as an example of fiber (Figure 1), perhaps the most well-studied component of diet due to its dependence on gut bacterial metabolism for digestion. While broccoli and other cruciferous vegetables are certainly rich in fiber, they also bring along for the ride a diverse array of chemicals, including polyphenols, glucosinolates, among others—a point that was underscored in our recently published study, also in Nature Microbiology, comparing raw versus cooked food. To date, microbiome research has largely ignored this chemical diversity, focusing primarily on complex carbohydrates.

Another major gap in our knowledge has to do with the cooperation (or cross-feeding) between bacteria and other microbes during the metabolism of our diet. Most mechanistic studies focus on single bacterial strain, genes, or enzymes, leaving it unclear if and how these microbes coordinate their metabolic activities.

These questions were on Elizabeth Bess’ mind when she joined our lab back in February 2015. Elizabeth came from a strong background in organic chemistry and had a long-standing interest in human nutrition. The timing was perfect, as our lab had become immersed in studies of the gut Actinobacterium Eggerthella lenta due to its role in drug metabolism, a bacterial species that had been implicated by Drs. Clavel and Blaut in the metabolism of a type of plant polyphenol called lignans. This observation was exciting to us for multiple reasons. Given our collection of E. lenta strains we had a unique handle on identifying the genes and enzymes responsible. Furthermore, E. lenta was not the only bacterium involved in this pathway, it needs to coordinate its metabolism with three other bacterial species. And perhaps most importantly, the products of this pathway are two “phytoestrogens”, bioactive compounds that mimic the endogenous hormone estrogen. Just like fiber, the gut microbiome is essential for converting relatively inert dietary lignans to bioactive phytoestrogens.

Elizabeth methodically studied the pathway for the bacterial metabolism of one specific lignan, pinoresinol, one step at a time (Figure 2). Since the first two reactions were catalyzed by E. lenta she worked with Jordan Bisanz, who has established and characterized an extensive strain collection, to find genes conserved in all lignan metabolizing strains and missing in non-metabolizers. Remarkably, this approach yielded a single enzyme, which she named “benzyl ether reductase”, which she showed was sufficient for this activity and important for the in vivo metabolism of lignans in gnotobiotic mice.

The remaining three steps were much harder, due the lack of strain collection for the three bacteria responsible. So, she got creative, using transcriptomics, ex vivo incubations, comparative genomics, and heterologous expression to identify and validate candidate genes for each reaction. With these genes in hand we could begin to study the distribution and prevalence of putative lignan metabolizing bacteria in human gut bacterial genomes and microbiomes. This work has also set the stage for ongoing studies in Elizabeth’s lab to understand the biochemistry and enzymology of this pathway and the broader implications of these protein families for human health and disease.

To me, this project has changed how I think about nutrition and the microbiome, emphasizing the importance of interactions between nutrients and between microbes. Just as we need to consider the remarkable chemical diversity of plants like broccoli, we also need to think about how microbes behave in the context of a community, and how the cooperation between evolutionarily divergent strains can unlock new chemistry and bioactive microbial metabolites. All this complexity can be overwhelming to some, but I’m encouraged by these initial findings that it may be possible to develop tractable systems in vitro or in gnotobiotic mice to dissect these higher-order interactions at a mechanistic level. 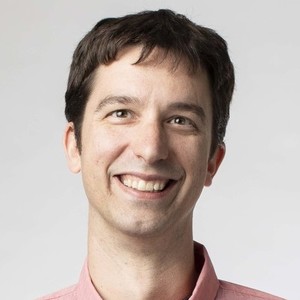