What have we learned and why is it important?

A bacterium called Streptococcus pneumoniae, or the ‘pneumococcus’, is a leading cause of deaths from meningitis and pneumonia worldwide. Paradoxically, healthy children carry pneumococci in their nasopharynx soon after birth and throughout the early years of life.  We still do not fully understand what makes the pneumococcus a devastating pathogen in some people and yet causes no apparent harm to others.

There are many examples of bacteria that are pathogenic because they harbour a bacteriophage or phage, a virus that infects bacteria.  The viral genes can be integrated within the bacterial genome, in which case the phage is called a ‘prophage’, and often those viral genes provide some benefit to the host bacteria.

It was known that pneumococci could harbour prophages, but there was little evidence on how often they did so, and limited in vitro data to demonstrate that pneumococcal prophages might have anything to do with pathogenicity. Therefore, the aim of our next phage study was to determine the prevalence and diversity of prophages among a dataset of around 500 pneumococcal genomes2.  This was a really challenging project – it transpired that there were loads of prophage sequences, the majority of which were novel and had to be carefully scrutinised.

The analyses were performed by undergraduate students Caroline Harrold, Ben Edwards and Angus McDonnell, and doctoral student Andries van Tonder.  Early on we realised that existing phage screening tools frequently misidentified these pneumococcal prophages and so we developed our own tools and iteratively screened the dataset as we generated more and more new prophage data. We also selected a few pneumococci and tested these experimentally to see whether prophage genes could be expressed. Reza Rezaei Javan later joined the group as a doctoral student and analysed the RNA sequencing data we had generated in the laboratory.

Each one of the students made a significant contribution to that study and as such it is one of the papers I am most proud of having published2.  We revealed that prophage DNA was ubiquitous among pneumococcal genomes and identified nearly 300 different prophages, over 160 of which had not yet been reported.  We also demonstrated that prophage genes were expressed under experimental conditions, suggesting they might well have an important function among pneumococci (Figure 1).  Most importantly, there was indisputable evidence for an epidemiological association between specific prophages and pneumococcal genetic lineages.  This is important because it allows us to further investigate why that might be the case, and whether or not prophages contribute to the pathogenicity of a particular lineage.

There was more to do though.  I had spent much of one summer identifying 400 ‘partial prophages’ reported in our first paper.  These were viral sequences that could not encode fully functional prophages and yet often persisted for many decades among pneumococci.  Were they just prophage fragments left over from previous recombination or lysogenic events?  Why were they not purged from the genome? This was all rather curious and so I asked Reza to investigate these partial prophages further.

Finally, we expanded the prophage discovery component to include over 800 additional genomes of 69 non-pneumococcal Streptococcus species.  Reza developed a new bioinformatics tool to look for evidence of prophages and thus in total among all of the 1,300 genomes analysed in our two studies we identified over 400 full-length prophages and 350 satellite prophage genomes.  One surprising finding from the cross-species analyses was that sometimes the same prophages were found in unrelated streptococci, which suggests that prophages can move between different bacterial species and challenges the theory that prophages are bacterial species-specific3.

Overall, this has been a fascinating programme of research.  Phage work in my research group began in 2012, but the first phages in pneumococci were reported over 40 years ago4.  We have really only scratched the surface of all there is to understand about streptococcal prophages and their impact on human and animal health.

What else have we learned?

3. Rezaei Javan, R et al.  Prophages and satellite prophages are widespread in Streptococcus and may play a role in pneumococcal pathogenesis. Nat Commun 10, 4852 (2019). 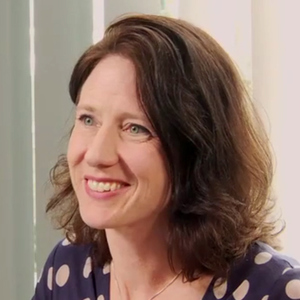