In Resilience, a new book, Dr Judy Stone, an ID physician, chronicles the painful suffering and resilience of her family during and after the Holocaust. The book has great relevance today, as we deal with the rising tide of nationalism and fascism.
Madhukar Pai
Associate Director, McGill International TB Centre
Follow
Like Liked by Srinath Satyanarayana and 1 other
0

As a global health researcher who works on tuberculosis, I have learnt a lot by reading articles by Dr Judy Stone, an ID physician and author based in the US. Over the years, I have grown to see her as my wise, kind, "Twitter friend" (follow her @DrJudyStone). If you follow her, you are not just guaranteed pearls of ID wisdom, but also a steady stream of tweets & posts in which she calls out social injustice, hatred and intolerance.

Dr Judy Stone is an infectious diseases physician, an author of two books, and a regular Forbes contributor. (https://www.drjudystone.com/)

It is only recently that I learnt about the history of her family. During WWII, hundreds of thousands of Hungarian Jews were persecuted, killed or incarcerated by Nazis. Among them was Judy's family, including her grandfather, father, mother, and several aunts and uncles. Family members who survived the Holocaust, migrated to the US, where Judy was raised.

Years later, Judy has managed to painstakingly piece together the stories of her ancestors, starting with their lives in Sarand, a small village in Eastern Hungary. The resulting book, Resilience, is a labour of love that has taken Judy well over a decade to put together. I was thrilled when she generously sent me a signed copy of the book and will treasure it.

Reading the book, it is easy to see how traumatic and stressful the process was, for Judy, her mother, her aunts, uncles and everyone else who opened their hearts to recount the horror-filled years. I asked Judy why she persisted with the book, despite all the trauma and pain.

"I promised", she said. "It was important to my mom and Sanyi, in particular, that their lives not be forgotten. This was their legacy. What really drove me was the hate-mongering since 2016, the increasing polarization and divisiveness. I somehow hoped that sharing their story would make an impact and help to bridge our differences."

I grew up in a small town in India, and don't remember being taught about the Holocaust. It is only in the past few years that I have made an effort to learn about it. By watching Schindler's List, and reading Viktor Frankl's Man's Search For Meaning, I have taught myself some bits of one of the darkest chapters of human history. Resilience has further enhanced my understanding, not only of the Holocaust, but also the lasting and profound impact it has on families.

For example, by reading the book, I learnt that some Jews have had to hide the fact that they were Jews, to survive the trauma and to protect themselves from persecution. This includes Judy's aunt Kati, who hid that she was Jewish for almost 60 years after moving to the US. Today, Kati is 95 years old. She is a Holocaust educator, and has spoken to thousands of students and inspired them.

Several chapters of the book make for gut-wrenching reading, especially those that recount the lives of Judy's mother Magdus, and her sisters, at the notorious Auschwitz concentration camp. It boggles my mind that humans inflicted such pain and horror on other humans. It is even more remarkable that humans can endure such treatment and come out with their humanity intact. “Everything can be taken from a man but one thing: the last of the human freedoms—to choose one’s attitude in any given set of circumstances, to choose one’s own way," wrote Viktor Frankl in Man's Search for Meaning.

As I read the book, I remembered the recent article by Dr Stanley Goldfarb in the WSJ, where he expressed concern that medical schools today are more concerned about social justice than treating illness. I am glad that people like Dr Judy Stone are there, to show us the value of physicians who combine medicine, science, and social justice. Such physicians are rare, and need to be treasured. Especially today, as we deal with the rising wave of nationalism, intolerance and hatred. In these troubled times, we owe it to ourselves to remember the past, and fight, collectively, for peace, tolerance and social justice.

Cover image: The Shoes on the Danube Bank is a memorial in Budapest, Hungary. Conceived by film director Can Togay, he created it on the east bank of the Danube River with sculptor Gyula Pauer [hu] to honour the Jews who were killed by fascist Arrow Cross militiamen in Budapest during World War II. They were ordered to take off their shoes, and were shot at the edge of the water so that their bodies fell into the river and were carried away. It represents their shoes left behind on the bank. 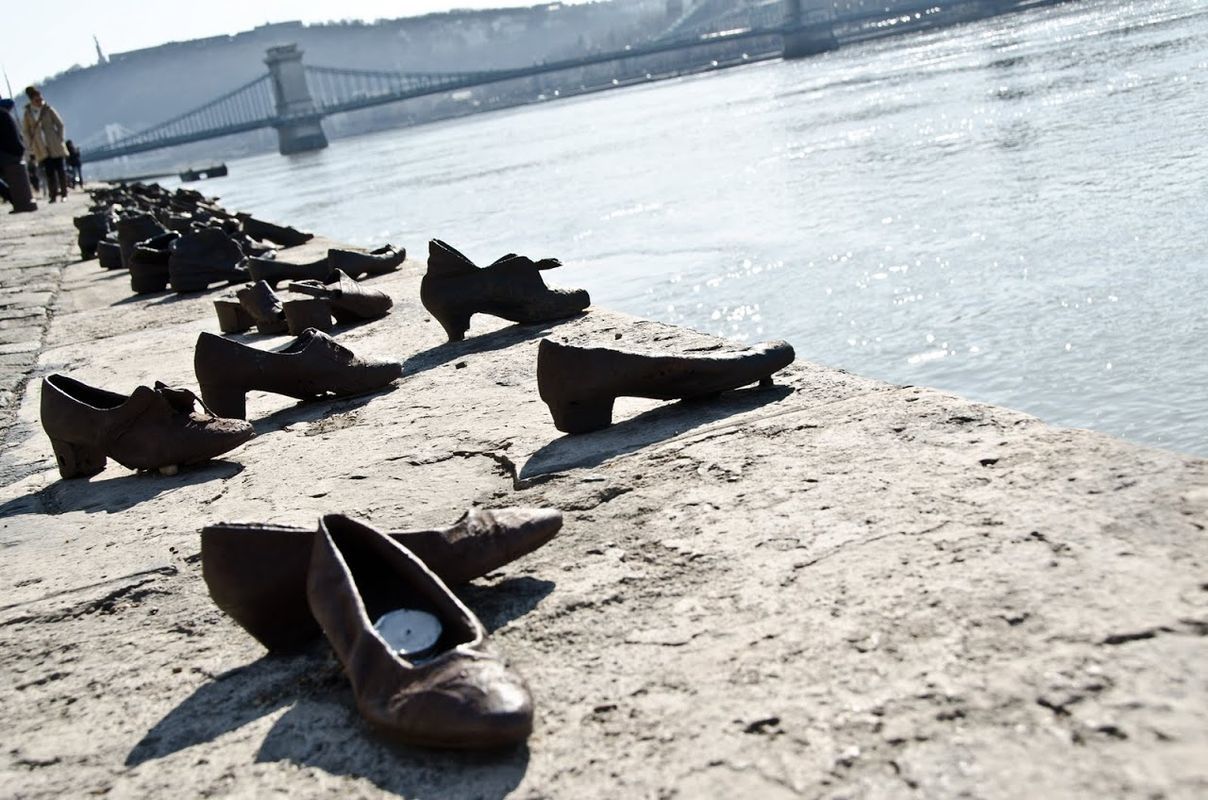 In Resilience, a new book, Dr Judy Stone, an ID physician, chronicles the painful suffering and resilience of her family during and after the Holocaust. The book has great relevance today, as we deal with the rising tide of nationalism and fascism.