My local theatre's play based on the true story of how HIV and HCV spread through Henan province (commercial plasma collection, in case you're wondering) showcases the importance of public health whistle-blowers

I often get tickets to The Hampstead Theatre without first examining the details of the play. Everything they put on (ok, one exception in 2 years!) is amazing, so I just buy tickets and enjoy the surprise.

Last week I saw The King of Hell's Palace, a play based on the Henan province tainted blood scandal, which I'd previously heard nothing about. The play follows two groups of people: health officials and researchers in the capital, and villagers who sell their plasma and contract HIV as a result.

In the early '90s, rural plasma collection stations were set up throughout Henan. State-approved agencies extracted the plasma and pooled the blood, without testing for pathogens, and injected the blood back into the people who sold it. The plasma was sold commercially and Henan was a leading plasma supplier. The tragic result -- the infection of tens of thousands of villagers with HCV and HIV -- isn't less awful just because it was predictable.

The strength of the play comes from the believability of the characters. The villagers - with the echoes of the 1959-1961 famine still ringing - worry about their financial future. They were peony farmers, struggling to make ends meet and hoping to send one of the cousins to university. When a family member showed up wearing new Air Jordans after selling blood, the lure was too great.

The health officials and businesspeople running the collection stations are haunted by similar ghosts; they witnessed their relatives killed or 're-educated' during the Great Leap Forward, and were reluctant to go against party lines or cause any trouble. As the main perpetrator highlighted, if he'd refused to do it, someone else would have happily filled his shoes and the whole thing would have continued without pause.

I'm speechless with admiration for the character of the whistle-blower. In the play, she was a researcher who was married to a health official, was briefly involved herself in the plasma collection (which made her keen to test for tainted blood) and had a young daughter. She was torn between her family (who would suffer if she exposed the scandal) and the lives of thousands of infected people. I can't image the anguish that the real-life heroine, Dr Shuping Wang, went through as she travelled to Beijing to expose the scandal. Her actions undoubtedly saved thousands of lives. I hope that I would have had the courage to do what she did - what a woman. Such an amazing story. 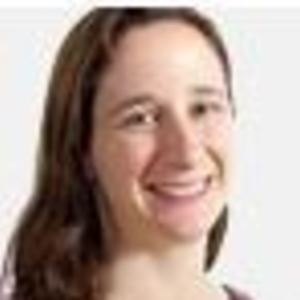 I'm a senior editor on Nature Reviews Drug Discovery, covering most things micro-related as well as immunology, technology, and sometimes even cancer. I did my PhD at the University of Toronto, Canada with Tak Mak, where I studied PI3K signalling, then moved to what was then called the London Research Institute of Cancer Research UK for a post-doctoral fellowship with Julian Downward.
Follow

Ben Johnson
about 2 years ago

I first heard about this when Dr Shuping Wang died, just last month. It is an incredible story of bravery and persistence.  https://www.nytimes.com/2019/09/30/world/asia/shuping-wang-dead.html

Megan Cully
about 2 years ago

Thanks for the link, Ben! I didn't realise that she died recently. I'm sorry to hear that. I feel like this whole topic has perhaps been under covered.