Tracing the spread and evolution of fluoroquinolone-resistant Shigella sonnei

The bacterium Shigella, a lesser-known cousin of the ubiquitous Escherichia coli family, is a major cause of diarrhoea in children worldwide. Globally, more and more shigellosis cases have been attributed to Shigella sonnei, which was once only prevalent in developed countries. The current surge in antimicrobial resistance among bacterial pathogens puts patients in a more vulnerable state with fewer treatment options, and Shigella is not an exception to this glooming canvas.

I first encountered S. sonnei that are resistant to fluoroquinolones (FQs), a versatile class of antimicrobial frequently prescribed for bacterial diarrhoea and shigellosis, when analysing the genome sequences of S. sonnei originating from Bhutan. Analysing this small dataset presented a suitable challenge for me as a first year PhD student, and we found that these FQ-resistant organisms were phylogenetically distinct compared to those concurrently circulating in Vietnam and other developing countries 1. Upon finalizing the manuscript, I realised that these Bhutanese organisms were part of a larger picture, with resistant organisms sharing the same PFGE pattern (a rough molecular fingerprint for bacteria) popping up in India and Europe. I discussed this with my supervisor (Prof. Stephen Baker), and his scientific insight sparked instantly. ‘Let’s do it!’ he said, and then started sending emails to collaborators to collect FQ-resistant S. sonnei sequences. Almost simultaneously, the first report of FQ-resistant S. sonnei emerged at the local hospital in Ho Chi Minh City. We amassed these with ones sourced from other continents, and were amazed to find that all of these FQ-resistant organisms were of a single clone, likely originating in South Asia 2.

My younger self in my natural habitat, analysing the genomic content of an FQ-resistant S. sonnei strain. Photo credit to Dr. Jacqueline Leung, taken in April 2016.

That was quite a lengthy flashback, so what does the current paper bring to the table? Motivated by curiosity as to the organism’s evolutionary success and the immense generosity of multiple collaborators, we set out to dissect its evolution in detail. This larger collection re-affirms our initial speculation that FQ-resistant S. sonnei emerged in South Asia around 2007, before being transmitted worldwide. Together with my colleagues in Vietnam, namely Christine, Duy, Maia and Stephen, we then designed and carried out an in vitro evolution experiment to document how FQ-resistant and -susceptible S. sonnei evolved under FQ pressure. While the resistant one continues to build up intolerance to FQ, its susceptible counterpart fails to attain complete resistance. This suggests that there are barriers to full resistance, which may explain why the long-established local S. sonnei population in Vietnam did not achieve such status in our surveillance.

Diarrhoea, or shigellosis, usually resolves quickly in healthy individuals. It is malnourished children, the elderly, and the immunocompromised that are at the greatest risk of contracting fatal FQ-resistant infections. Continuing monitoring with clinical evaluation is important to fully understanding the scope and impact of this impending resistant Shigella lineage. It is worrying that FQ resistance has been shown to confer little fitness cost to its bearer 3, and, given its now global distribution, better antimicrobial stewardship may not result in the retreat of FQ-resistant pathogens. As this tide of resistance is unlikely to be overturned without a major breakthrough, the most viable option now is to gather as much knowledge and as many resources as possible to overcome it. 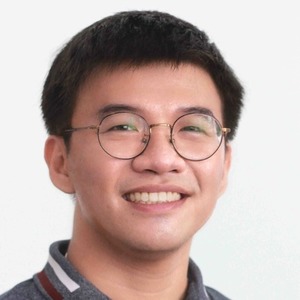