I am a fan of the GoT books and a character that I find fascinating is Khaleesi or Daenerys Targaryen. The bacteria that I work with is the Khaleesi of the mouse intestine. I will tell you why.
Gayetri Ramachandran
Creator, Microtalks
Follow
Like Liked by Vanesa Ayala-Nunez
0

First a bit about SFB

This microbe is called Segmented Filamentous Bacteria. It is exactly as the name suggests, it has a segmented structure and is filamentous a bit like hair. It is a Gram positive spore-forming bacteria belonging to the genus-Clostridium. Extensively studied in mice, they primarily colonise the ileum of the small intestine. It was first described in the 80s and we lost interest as not many genetic tools were available to modify this bacterium.

Why would one want to work with SFB?

SFB is an immunopotent bacterium that adheres to the mouse intestinal lining. Literally, inserts itself in the lining, something unusual! As most of the bugs are found above the mucosal layer, SFB can pass through it and adhere to the lining. This adherence triggers an immune response in form of TH17 cells that can produce antimicrobial peptides and also induces IgA production. It was implicated in the protection against helminths and Citrobacter infections.

Segmented filamentous bacteria (SFB) in the terminal ileum of an
8-week-old Taconic B6 mouse
(https://www.taconic.com/taconic-insights/microbiome-and-germ-free/th17-inducing-gut-bacteria-can-promote-autism-like-behavior-in-mouse-pups.html)

And the dark side

If you haven’t seen the last season of Game of Thrones, you plan to watch them now, since they won the Emmys and don’t read more. (Pss...pss...a bit disappointing season!)

Like Daenerys’s dark side, SFB also has a dark side. She is not burning down cities, but is capable of inducing a deleterious inflammatory response. It has been implicated in autoimmune diseases. TH17 and Treg balance plays a critical role in many such diseases. The ratio of TH17/Treg is increased in rheumatoid arthritis, psoriasis, multiple sclerosis, and inflammatory bowel disease. Since SFB colonisation induces TH17 in the intestine, studies have identified the link between SFB and arthritis, multiple sclerosis and even autism-like spectrum disorder.

Microbes come in different shapes and sizes with varying properties. Some are bad and some are good for us. Others are both! Sometimes, they are unicellular and are multicellular at times. These microscopic entities orchestrate numerous networks. However, we are far away from knowing everything about them. 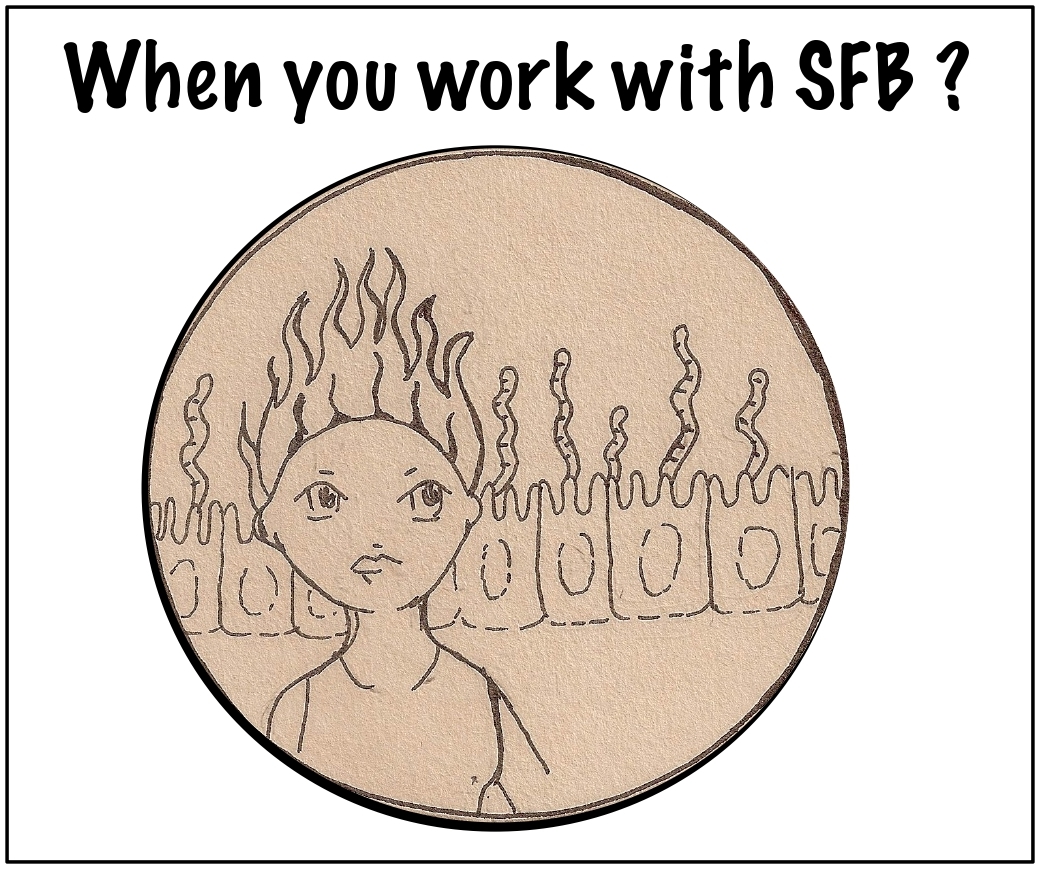 I am a fan of the GoT books and a character that I find fascinating is Khaleesi or Daenerys Targaryen. The bacteria that I work with is the Khaleesi of the mouse intestine. I will tell you why.