Here, using the diatom Phaeodactylum tricornutum as a model organism, the authors combine functional genomics, phylogenetics, and metabolic modeling to describe how diatoms might have functionally integrated nitrogen metabolism during evolution and how metabolic flux is regulated across cellular com…

Diatoms are phytoplankton, a diverse group of photosynthetic marine microorganisms responsible for an estimated half of global primary production and oxygen production. Within the phytoplankton, diatoms are a particularly successful group that is estimated to produce about 20% of global oxygen annually putting them on par with the productivity of the Amazon rainforest. In the ocean, diatom blooms impact food webs, fisheries, ocean chemistry and climate. Consequently, understanding how diatoms achieve this success relative to other phytoplankton taxa in the highly patchy and rapidly fluctuating fluid ocean environment has been a subject of intense interest for oceanographers for over 100 years.

When environmental conditions related to nutrient and light availability, often coinciding with upwelling, are right, diatoms outcompete other phytoplankton taxa for nitrate. They take in more nitrate than they need for growth (luxury uptake), denying other groups access to this essential nutrient. Once inside the cell, nitrogen is assimilated to make cellular components that fuel growth and facilitate management of light. When new nitrogen sources are depleted, cells can recycle and remobilize the nitrogen already in their cells. Metabolic peculiarities unique to diatoms, like the presence of an animal-like urea cycle, are thought to be particularly important in this ability to recycle intracellular nitrogen.

How diatoms evolved these particular abilities (and other taxa did not) is an open question. Some of these answers may lie in understanding adaptations acquired throughout the unique evolutionary history of diatoms. Diatoms arose from an evolutionary process known as secondary endosymbiosis, while plants and other phytoplankton in the green lineage arose from a primary endosymbiosis. This means, diatoms inherited their chloroplast from eukaryotic algae and not photosynthetic bacteria. As a result, diatoms retain unique combinations of traits that are animal-like, plant-like and bacterial-like, hallmarks of which can be seen in the phylogenies of modern-day diatom genomes. Could diatoms have achieved their superior ability to take up and assimilate nitrogen by advantageously combining these traits of differing evolutionary origin?

In our new study, we addressed this question by comparing the nitrate sensing and regulatory machinery and overall configuration of nitrogen assimilation and metabolism using the model diatom Phaeodactylum tricornutum to what is known from other eukaryotes. We used an unprecedented combination of experimental approaches, including comparative genomics, functional genomics, stable isotope metabolic flux labeling, and genome-scale flux modeling. What we learned was that diatoms are unique in almost every aspect of nitrogen metabolism relative to what has been described in eukaryotic organisms to date.

One of the most notable features that emerged from this study is that diatoms exhibit a high degree of nitrogen metabolic integration between the chloroplast and mitochondria that distinguishes them from the more well-studied plant lineages. For example, plant arginine biosynthesis occurs entirely in the chloroplast but in diatoms, only the first half of the pathway takes place in the chloroplast. An animal-like mitochondrial urea cycle is used for the second half of arginine production. This is significant, because chloroplasts and mitochondria are major cellular energy centers. By splitting arginine production across these organelles, diatoms inextricably link nitrogen status and energy status. This split-organelle arginine biosynthesis, along with other integrated pathways that evolved in uniquely diatoms due to their evolutionary history, allow them to rapidly tune nitrogen status to growth. This feature is particularly advantageous under highly dynamic environmental conditions (e.g., upwelling), contributing to the ability of diatoms to rapidly initiate blooms and outcompete other taxa in response to nitrate availability.

Diatoms rose to prominence because of adaptations that allow them to take advantage of the unique opportunities and challenges in the ocean environment. As the climate changes from the burning of fossil fuels, the oceans will become warmer, more acidic, and more stratified. Whether or not diatoms will thrive, or the system will shift to favor other organisms adapted for future scenarios is unknown. Knowledge generated in studies like this one, if included in global models, can be used to better understand the health and function of today’s oceans, food webs, and fisheries, and to predict what kinds of changes we can expect from the global climate change already underway.

Oded Béjà
over 3 years ago

Sarah R Smith
over 3 years ago

should be live now 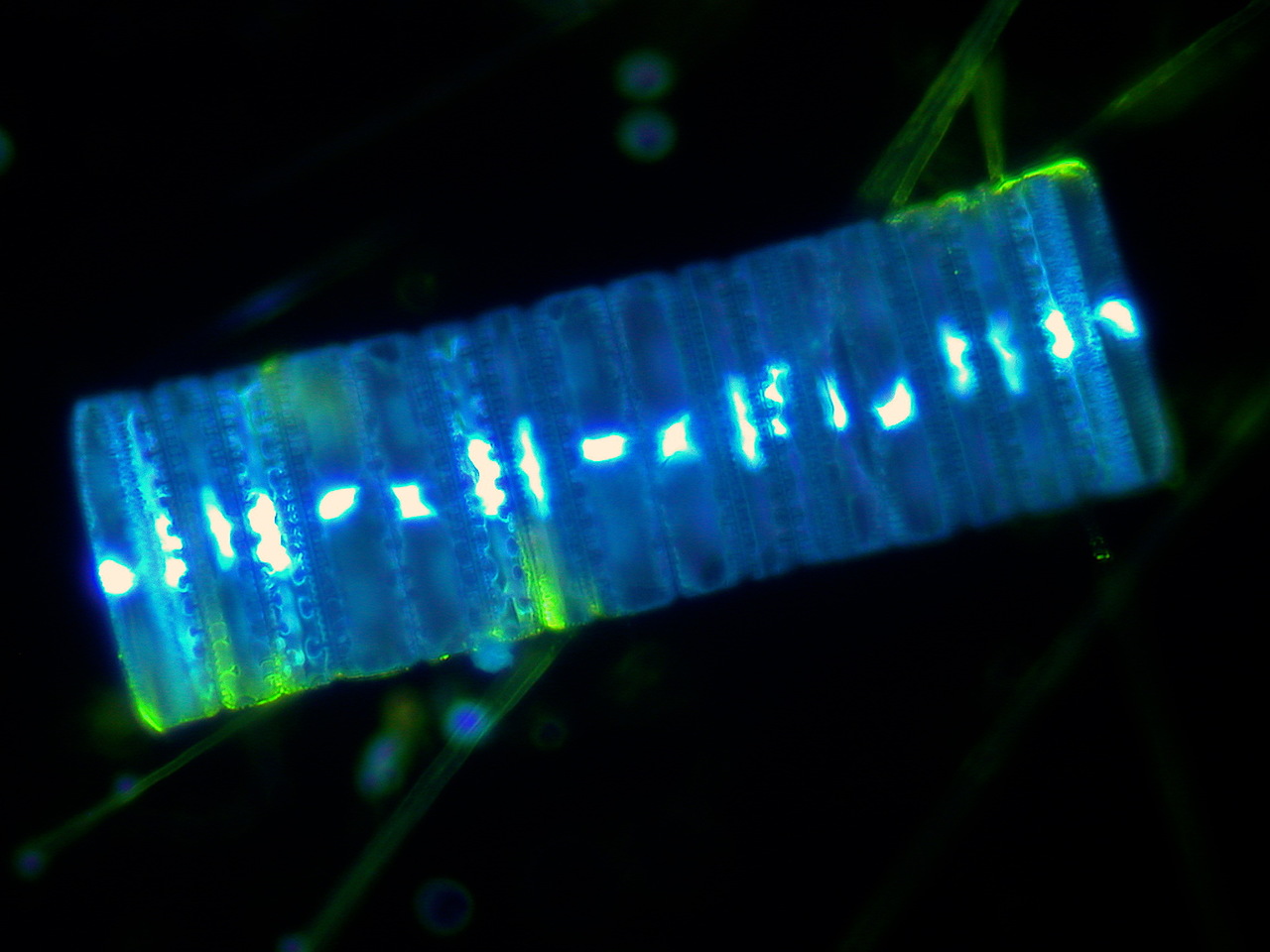