Our work shows that polymorphisms in a viral non-coding RNA named EBER2 have a strong influence on the behaviour of the virus.

The Epstein-Barr virus (EBV) causes multiple types of cancers with a strikingly variable geographic distribution. While Burkitt’s lymphoma is endemic in equatorial regions, nasopharyngeal carcinoma is endemic in South-East Asia. Whether this reflects the existence of different virus strains with various oncogenic properties, a different genetic background of the populations concerned or the presence of different environmental factors is unknown. However, Epidemiologists soon identified two risk factors for some of these tumors.  Malaria was associated with endemic Burkitt’s lymphomas and a high titer of antibodies against EBV lytic proteins could predict the occurrence of nasopharyngeal carcinoma.

Our interest for this question stems from the characterization of M81, an EBV isolate from a nasopharyngeal carcinoma. We compared the properties of M81 with those of B95-8, a virus isolated from a US patient with infectious mononucleosis and found two major differences between both. While B95-8 was strongly lymphotropic and poorly epitheliotropic, M81 displayed exactly the reverse phenotype. Furthermore, while B95-8 hardly replicated in B cells, M81 induced potent replication in exactly the same cells. Thus, M81 was endowed with strong epitheliotropism and an ability to induce virus production in B cells, two phenotypic traits that fitted well with its detection in a carcinoma from patients with high titers against EBV lytic proteins.

Therefore, M81 and B95-8 seem to be represent two ends of a spectrum of viruses with variable properties. To understand the genes that are responsible for these different phenotypes, we constructed a series of exchange viruses, in which a given gene from B95-8 was cloned onto the M81 genome and reciprocally. If this gene is important for the characteristics of B95-8 or M81, its exchange should lead to the disappearance of the phenotype. This strategy led us to the identification of a viral non-coding RNA named EBER as a gene that strongly influences the ability of M81 to induce virus production in B cells. Indeed, an M81 virus that carries B95-8 EBER2 is much less potent at inducing virus production than its wild type counterpart. Single deletion of the M81 EBER2 gene and comparison with wild type M81 led to the identification of CXCL8 as its main target. As CXCL8 is an important chemokine both in inflammation and cancer, this established a link between these cellular processes and cancer.

The identification of CXCL8 as a target of M81 EBER2 led to the hypothesis that this non-coding RNA activates the B cells innate immune system. Although EBER2 is mainly located in the nucleus of infected B cells, earlier reports showed that it can be transported by extracellular vesicles. We could indeed show that this source of EBER2 is incorporated into infected B cells and is sufficient to activate the toll-like receptor 7 (TLR7). Therefore, EBER2 is transmitted between infected cells to reach the endosome and induces an inflammatory response that is beneficial for virus production.

Why can M81 EBER2 induce TLR7 and B95-8 cannot? Although there is little difference in the sequence of these RNAs, we found that polymorphisms in 3 ribonucleotides explain M81-specific properties. These polymorphisms condition the ability of the EBER2 to activate TLR7 and to induce CXCL8 expression.

It had been known for a long time that different EBV isolates display gene polymorphisms, but only with the advent of high sequencing throughput technologies has it become quite clear that viruses are virtually all unique, although only a small percentage of their genome is actually polymorphic. Our work shows that these polymorphisms can have a strong influence on the behavior of the virus. The future challenges will be to learn what the phenotypic consequences of these polymorphisms are. 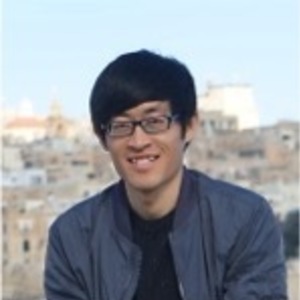