Much of the body’s serotonin (an estimated 90%!) is synthesized in the gut, mainly by specialized endocrine cells in the gut lining. These cells secrete serotonin into underlying intestinal tissue, where it reaches neurons, immune cells and the bloodstream. Without the gut microbiome, serotonin levels in the blood and intestine drop by half in mice. Our previous research showed that bacteria signal to endocrine cells to promote serotonin biosynthesis. This influence was seen particularly with bacterial communities dominated by Clostridia and Turicibacter.

This made us wonder, why do specific gut bacteria regulate so much serotonin in the gut? While most serotonin is secreted into host tissues, some of it is released in the other direction, into the intestinal lumen where the microbes are. Our initial reasoning was that if select bacteria benefit from gut serotonin, we should see them increase when serotonin levels are raised. We observed that when mice were fed serotonin or genetically modified to have higher levels of serotonin, Clostridia and Turicibacter increased in relative abundance in the intestine. These data align with the idea that the same types of bacteria that promote serotonin also benefit from it.

Post-doctoral fellow Thomas Fung joined the lab to answer the question of whether serotonin in the gut lumen can have direct effects on gut bacteria themselves. We reasoned that, in this case, gut bacteria should express elements that allow them to sense serotonin directly. After searching all microbial genomes in JGI’s database for orthologues of human serotonin transporter (SERT) and serotonin receptors, our top hits were species of Turicibacter, all of which encode an unknown protein with homology to human SERT. In one strain, the protein was annotated as a “putative sodium-dependent serotonin transporter.” This was intriguing, as Turicibacter was an abundant member of the community of bacteria previously found to promote serotonin in the gut and was increased in mice that have high mucosal serotonin.

Lucy Forrest, postdoctoral fellow Antoniya Aleksandrova and student Noah Riley generated a structural model of the bacterial protein and evaluated whether it had features of serotonin and selective serotonin reuptake inhibitor (SSRI) binding sites seen in human SERT. They found that there are some similarities and also some differences between the two. Namely, residues required for chloride ion-dependence and neutralization of charged amines present in human SERT were not seen in the bacterial protein. There were also other differences in the structural model that raised the question of whether serotonin could bind the protein in a different way than in human SERT. At this point, we were cautiously optimistic and figured that the only way to find out was to just DTFE (a saying I learned in graduate school for “do the f…un experiment”).

Experiments to test whether Turicibacter senses and imports serotonin, and whether it is mediated by the unknown protein, were technically challenging. The majority of what we knew about Turicibacter was Bosshard and colleagues’ first identification of the type strain. Aside from showing up in sequencing studies, little is known about the biology of Turicibacter. Through a series of in vitro experiments, we found that Turicibacter appears to sense, uptake and respond to serotonin in a manner that is inhibited, at least in part, by the SSRI and antidepressant fluoxetine. Expressing the unknown protein in Bacteroides thetaiotaomicron conferred some serotonin uptake, though it was not particularly high. This could mean that there are other proteins that contribute to serotonin uptake in Turicibacter or that the protein was not expressing correctly in B. theta. Importantly, although we observed time-dependent increases in serotonin uptake, we did not observe dose-dependence; whenever B. theta was exposed to high serotonin levels, uptake measurements became hugely variable. Without this data, we don’t know if the protein is a true active transporter. We also don’t know at this point whether serotonin is its preferred substrate. This isn’t too surprising since other bacterial neurotransmitter sodium symporter (NSS)-like proteins can function as amino acid transporters. We hope that our findings with Turicibacter will stimulate interest in the many bacterial NSS-related proteins that remain undefined, especially in the context of the gut microbiota.

Based on the finding that Turicibacter imports and responds to serotonin, a new question emerged — what is the functional role of serotonin in Turicibacter? Serotonin reduced expression of genes involved in sporulation, which pointed us to the idea that Turicibacter senses gut-derived serotonin to regulate colonization. We found that serotonin resulted in either normal or increased ability of Turicibacter to competitively colonize the gut, but that fluoxetine impaired its ability to colonize. We were motivated by new results Jackson and colleagues reported from a human twin study examining the effects of SSRIs on the gut microbiota. Their work was exciting for us, because of all the bacterial groups identified in the gut, SSRI use was negatively correlated with Turicibacteraceae, suggesting that SSRIs impair Turicibacter colonization across multiple contexts.

Since serotonin and fluoxetine influence Turicibacter levels in the gut, we naturally wondered, how does Turicibacter affect host biology? We found that Turicibacter regulates intestinal expression of genes involved in lipid metabolism and reduces plasma triglycerides. Given these observations, one question is whether weight gain as a side effect caused by SSRIs could be due to loss of lipid-regulating gut microbes like Turicibacter. Indeed, changes in Turicibacter levels have been associated with diet-induced obesity in mice.

Overall, this work highlights a host-microbe interaction through gut serotonin. We hope that it inspires more interest in microbes and neurotransmitters, Turicibacter species, bacterial NSS-like proteins, and bacterial interactions with antidepressants.

Please check out the paper and let us know your thoughts: https://rdcu.be/bP6IO 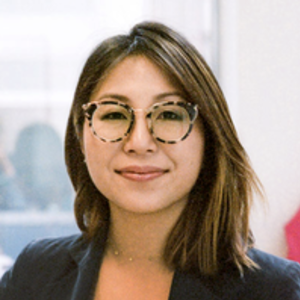