An attempt to characterise the alarm substance of fish led unexpectedly to bacteria as the source of one component of the pheromone, and cell suicide involving giant cells as a feature of mucosal immunity in fish skin.

“It’s a great book”, recommended Phil Ingham, who I have known since my days as a graduate student. And that was how I came to read Ed Yong’s “I Contain Multitudes” while on a 6-hour bus ride from Kuala Lumpur to Singapore in October 2017. I have an interest in emotional behaviour, and use zebrafish as an experimental system. The idea that fish have emotions seems strange to many people, but you just have to see a fish that has been exposed to the alarm substance to think differently.

The fish alarm response appeared in the scientific literature with a classic set of papers by Karl von Frisch, some 80 years ago. While working on hearing in the European minnow, he noticed that injury to one fish caused members of the shoal to respond in a strange manner. They would first approach the injured fish, but their behaviour soon turned to one of panic. He showed that the response was triggered by something from the skin and that it requires the olfactory system. He called the substance “Schreckstoff” and the response “Schreckreaktion”.

My lab became interested in the alarm response some years ago, as a paradigm for understanding how emotional states are generated in a vertebrate. We were also curious about the biological nature of Schreckstoff. Our earlier experiments suggested it was something to do with mucus, but as we were not biochemists and had no expertise in mucus, this project was dropped in favor of experiments on neuroscience. Reading Ed Yong’s book, however, made me realise that there is a whole other side of mucus – the world of microbes. Suddenly, all the little observations that we had made previously about the nature of the alarm substance made sense. Here, potentially, was a mechanism that could explain how the alarm substance came to be.

Image: mucus on the skin of a zebrafish, visualised with fluorescent wheat germ agglutinin

Testing the idea that bacteria contribute to Schreckstoff was made possible with the help of Sven Pettersson, a faculty member with an expertise in the microbiome, who introduced me to Karen Guillemin. Her lab has many different strains of zebrafish commensal bacteria, and it was a relatively straightforward matter for them to send us lysates of different bacteria to test. The assay was simple – add some bacterial lysate to fish and video their response. The results were striking. One lysate caused the fish to exhibit all the behavior associated with fear.

But what do bacteria have to do with the cells that have long been associated with production of the alarm substance? These giant cells, called club cells, are prominent in the skin of fish of the Ostariophysi superorder. There are very few papers on fish club cells, but one interesting feature that several investigators have observed is that club cells can contain other cells. Amazingly, it turns out that these additional cells actively invade club cells, bringing in mucus and bacteria. This appears to involve the relatively obscure phenomenon of emperipolesis. As a result, material contained within bacteria is enriched in club cells (e.g. the pHrodo Red dye in the image below).

Image: labelled bacteria in the skin of a zebrafish.

Schreckstoff is thought to serve as a danger signal – fish get panicked and try to escape or hide when there is injury to member of their group. As noted by several writers, the phenomenon of one fish providing a signal to others, sometimes at the cost of their own lives, was not easily explained by evolutionary theory. Our observations suggest that Schreckstoff is produced as a result of mucosal immunity. There is thus no difficulty in explaining why fish would make the substance.

The phenomenon of an injury-released chemical alarm signal has been observed in many species, ranging from marine invertebrates like sea urchins to other vertebrates including amphibians and mammals. The extent to which bacteria are involved remains to be seen. 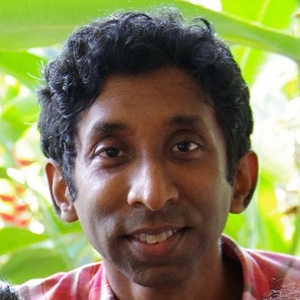