Successful infection of red blood cells (RBCs) by a malaria parasite requires its interaction with a variety of host cell proteins, many of which are exposed at the cell surface. Evidence of the involvement of these sites has predominantly derived from the study of individuals with rare, naturally occurring mutations that result in absence or altered presentation of proteins at the surface of the RBC. However, reliance upon the identification of extremely rare variants to provide insight is inefficient whilst many null phenotypes of potential interest may not occur naturally due to essentiality of these proteins in other tissues or incompatibility with life at a whole organism level.

The ability to generate RBCs with novel phenotypes (whether by knocking out specific receptors of interest or expressing host cell proteins with customised mutations) would allow us to explore the effect of these changes on malaria parasite invasion and development and provide an extremely powerful tool to enhance our understanding of malaria pathology.

The development of methods for the in vitro culture of erythroid progenitor cells has provided the means to circumvent the genetic intractability of the anucleate RBC. By genetically manipulating these nucleated precursors prior to their differentiation it is possible to generate enucleated reticulocytes (young RBCs) that maintain the alterations introduced at this immature state. Reticulocytes derived through such in vitro culture of primary hematopoietic stem cells have been previously demonstrated to support invasion by Plasmodium falciparum, the parasite responsible for more than 200 million clinical cases and around half a million deaths every year. However, the finite proliferative capacity of these cells impedes more sophisticated genetic experiments (such as CRISPR-mediated gene editing or complementation studies).

In this study, we exploit a recently developed immortalised erythroblast cell line (BEL-A) and establish reticulocytes derived from this line as a model system for study of P. falciparum invasion and development. We show for the first time that cell line-derived reticulocytes support not only invasion by P. falciparum but the entire intracellular development cycle (including egress and reinvasion) at rates equivalent to that of donor RBCs.

BEL-A cells provide an indefinitely proliferative source of erythroblasts and are therefore amenable to the application of gene editing, with the ability to select individual clones or modified populations allowing for the generation of novel receptor knockout lines. To illustrate the capacity of this system to answer questions about the role and requirements of host proteins during invasion we generated a line lacking a receptor known to be crucial for invasion, basigin. Importantly, we expanded upon this by demonstrating the ability to complement the knockout through exogenous expression of both a wildtype and a novel C-terminally truncated form of basigin. Enucleated reticulocytes lacking basigin were completely refractory to invasion, whereas invasive susceptibility was fully restored upon rescue with full-length or truncated basigin (also excluding a functional role for the cytoplasmic domain of basigin in invasion).

The establishment and validation of this system lays a solid foundation for future work in which novel in vitro derived reticulocyte phenotypes will be used to identify and explore the role that host proteins, their domains and specific features play in invasion and beyond. By providing a new tool to investigate these processes from a host cell focused perspective we hope to uncover novel insights that will inform wide ranging efforts to understand and intervene in the malaria infection cycle. 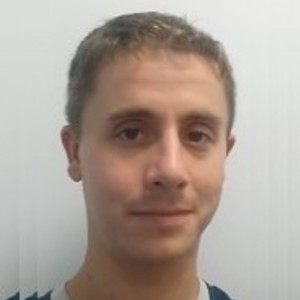