Microdiversity as a force of stability

The evidence that there are different ecotypes - populations of cells adapted to a given ecological niche - within a species that may play different roles in the environment made us wonder if this microdiversity would benefit species and microbial communities in some way. We wanted to find out how it shapes the microbiota, for instance whether ecotypes of the same species coexist, or how these ecotypes affect the robustness and stability of microbial communities.

To answer these questions, we needed a huge set of quality samples to work on. Thanks to the people at K. McMahon laboratory, who share their data publicly, we found a wonderful dataset of more than a thousand samples from lakes1. This was a great chance for us: lakes are ideal ecosystems to study microbial community dynamics given that they experience seasonal variations, periodic perturbations, contain strong environmental gradients and they host highly diverse microbial communities. At this point, we would like to emphasize the benefits of open and collaborative science. It is a really good way for computational groups - like ours - to contribute new perspectives!

We set to analyze this dataset, which consisted of 16S rRNA amplicon gene sequences from diverse lakes with different mixing regimes. The samples were also taken from several depths and collected in different months, conforming an ideal data set for following the dynamics of the microbiota. We compared the results of grouping sequence as variants differing in a single nucleotide (which are called "amplicon sequence variants", or ASVs, and may reflect the existent ecotypes) with the result of clustering them into OTUs (“operational taxonomic units”) defined at 97% identity level, traditionally considered as ‘species’.

The first results indicated that each lake had a characteristic compositional signature. Also, there were few differences between the microbial composition of lakes when we compared between OTUs and ASVs. After that, we continued diving into the data.

It was then that we noticed that species with more ecotypes had a higher persistence and a lower variability, meaning that they were present in more samples and had a more constant abundance. For this reason, we concluded that the stability of species is increased by the existence of ecotypes.

When inspecting the environmental factors that were linked to the existence of ecotypes, we observed that temperature was the most relevant factor. This happened for most of the members of a previously described microbial community in freshwaters2. We noted that each member was actually composed of two main ecotypes that partially replaced each other throughout the year as water temperature changed. This led us to think that the presence of ecotypes within the same species makes it capable of facing different environmental conditions, so that the species would always be available to take part in the microbial community whatever the circumstances.

In summary, our study shows that microdiversity contributes to the stability of species under fluctuations in the environment and, consequently, it favors the stability of microbial communities. This opens the door to new questions: which environmental factors drive microdiversification? Why do some species have less ecotypes than others? Do communities switch from one state to another one depending on changes in the environment? New experiments will have to be carried out to elucidate these questions! 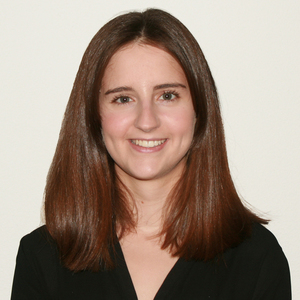