How does thanatin combat NDM-1 superbugs？

In our paper " The antimicrobial peptide thanatin disrupts the bacterial outer membrane and inactivates the NDM-1 metallo-β-lactamase ", we explore how thanatin kills NDM-1 superbugs via cation removal effects on the disruption of bacterial outer membrane and inactivation of NDM-1 enzyme.
Zheng Hou
Professor, Fourth Military Medical University
Follow
Like Liked by Cesar Sanchez and 9 others

The NDM-1 metallo-β-lactamase confers resistance to β-lactam antibiotics. Here, the authors show that the antimicrobial peptide thanatin is active against NDM-1-producing bacteria through a dual mechanism of action consisting of disruption of outer membrane integrity and inhibition of the NDM-1 enzy…

Multidrug resistance in bacteria is becoming greatly challenging for current anti-infection strategies. Our team has been working on this field for decades aiming to address feasible ways to address this problem. In recent years, New Delhi metallo-β-lactamase-1 (NDM-1)-producing bacteria have become highly prevalent across the world, particularly in China. NDM-1-producing bacteria are resistant to almost all clinically used β-lactam antibiotics, even to carbapenems, and this resistance poses a highly concerning threat to public health.

Thanatin is an insect antimicrobial peptide that exerts broad-spectrum activities against Gram-positive and -negative bacteria and fungus. Our group has previously revealed that thanatin exerts prominent in vitro antibacterial effects on extended-spectrum β-lactamase-producing Escherichia coli, has high stability in plasma and has low haemolytic activity. More importantly, thanatin can efficiently increase the survival rate of septic mice. On the basis of these data, we are motivated to determine whether thanatin has similar activity on NDM-1-producing strains.

As expected, we observed excellent bactericidal activity of thanatin against clinically isolated NDM-1-producing E. coli. At the beginning, we considered that thanatin functioned by disrupting bacterial outer membrane (OM) and causing membrane permeabilisation as previously reported, because the release of the NDM-1 to supernatant increases with increased disruption of the OM. However, the hydrolytic activity of released NDM-1 surprisingly decreased dramatically with increased thanatin concentration. After repeating this experiment for several times, consistent results were obtained and the phenomenon was confirmed, indicating the probability that thanatin can inhibit NDM-1 activity. Accordingly, we speculated that thanatin may subdue NDM-1-producing bacteria by another mechanism as an NDM-1 inhibitor.

How does thanatin target NDM-1 and act as an inhibitor? NDM-1 is a dizinc hydrolase with two Zn2+ ions, which are essential for its enzymatic activity, in its active site. Considering that thanatin is a cationic peptide, we considered that thanatin may directly interact with NDM-1. Microscale thermophoresis results showed that thanatin exhibited approximately 10 times higher affinity to apo-NDM-1 than Zn2+. Kinetic study results confirmed that thanatin underwent competitive inhibition with NDM-1. However, no direct evidence was found to support the metal-ion displacement of thanatin from NDM-1. After several attempts, an experiment that directly measured Zn (II) release by inductively coupled plasma–mass spectrometry was conducted, and thanatin was confirmed to competitively inhibit Zn2+ binding to NDM-1. All the above data demonstrated at the protein level that thanatin reversibly inhibited NDM-1 activity via Zn2+ displacement.

Some of our research results deviated from our hypotheses. We may have missed the opportunity to discover the new mechanism of thanatin as an NDM-1 inhibitor if we did not pay attention to the unexpected phenomenon and analysed the results deeply. In this study, we proposed that thanatin can recover the efficacy of carbapenems antibiotics by inactivating NDM-1 via competitively displacing Zn2+ in its active sites, which is an antibacterial mechanism for thanatin that has not yet been reported. Unlike many currently developing NDM-1 inhibitors, thanatin directly interacted with NDM-1 rather than chelating Zn2+, and the underlying mechanism may avoid nonspecific effects on other biological processes when administrated clinically. 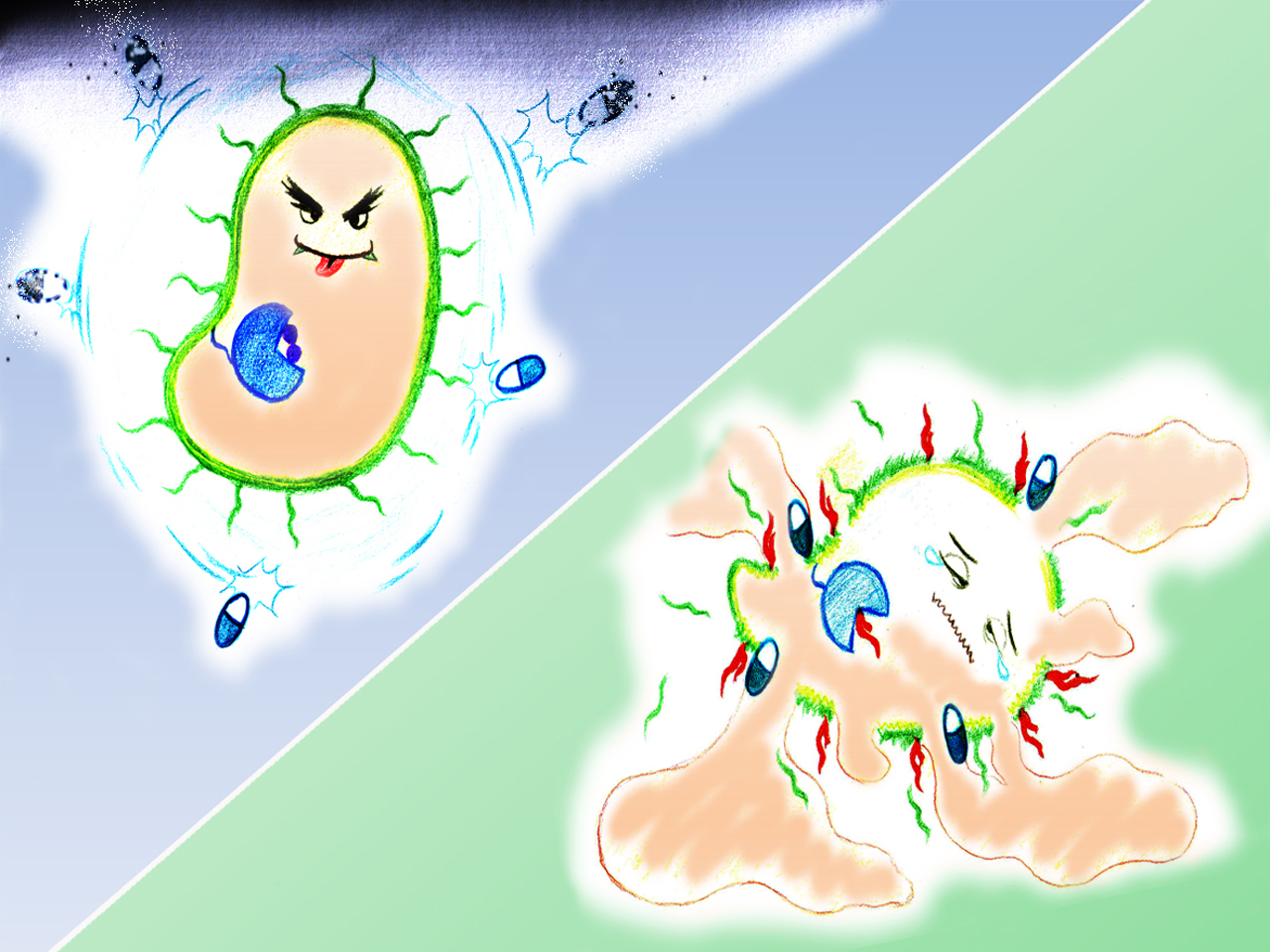 How does thanatin combat NDM-1 superbugs？