Cutibacterium acnes is the major commensal of the human skin, inhabiting the sebaceous glands of a hair follicle. It was associated with acne vulgaris for many years but the possibility of transplantation of healthy strains on a recipient opens up an opportunity in the use as a natural therapeutic.
Nastassia Knödlseder
PhD student, University Pompeu Fabra
Follow
Like Liked by Ben Johnson and 2 others
0

Background The skin is colonized by a large number of microorganisms, most of which are beneficial or harmless. However, disease states of skin have specific microbiome compositions that are different from those of healthy skin. Gut microbiome modulation through fecal transplant has been proven as a…

Only recently, we have recognised the importance of microbe-to-host interactions. While before, bacterial, fungal and viral interactions with our cells were not really taken into account, nowadays it is seen as common knowledge that we are not sterile organisms. Indeed, bacteria was already found in our blood and only recently it was hypothesised to be potentially found in the brain.1

Many microbes were associated with certain diseases but now we know that it is not the number of bacteria which differentiates the healthy from the non-healthy but the shift of a prevalence of certain strains. Therefore, we understood that treating these diseases with antibiotics can cause more harm than good. Usually, we cannot select for those we want to keep and those we want to get rid of and we end up with killing all. Also, the wrong use of antibiotics by its patients has led to the occurrence of antibiotic resistant strains which will survive any treatment and therefore become the prevalent strain.

In this sense, it seems a promising approach to identify a healthy mixture and use it to engraft on the host. The same mechanism was already successfully implemented in our gut. Take the bacteria of an “healthy” donor and transplant it in an “unhealthy” one. This approach got famous under the term “fecal microbiome transplantation” - in short FMT. Also, recently it was suggested that there might be a direct link between ageing and gut-microbiome composition. Researchers found that verrucomicrobia Akkermansia muciniphila, found in centenarians, had a lifespan-enhancing effect when transplanted into a mouse-model.2 Another example describing the importance of interactions to the gut microbiome was the finding that Veillonella atypica abundance is responsible for the enhancement of performance in athletes due to its ability to metabolize lactate into propionate.3

So, why not using this transplantation approach on another site on our human body, for example the skin? We swapped multiple patients and we identified their skin microbial community, mainly focusing on Cutibacterium acnes- a major skin commensal, living in the sebaceous glands of the human body. This bacterium was negatively associated with the skin condition acne vulgaris and was long seen as a pathogen. Today, we understand the necessity of C. acnes on the healthy human skin and so we tried to modulate a recipient microbiome with a donor microbiome. We saw that with a certain combination of strains we could reach transplantation significant engraftment on the human recipient. This modulation would stabilise during application and return slowly to its original state when the application was stopped.

It is interesting to see how different populations can influence the health of the host. We should reconsider the way we see the human body and approach it as a whole and embrace the fact that we are inhabited by a community of organism which can contribute to our well-being. 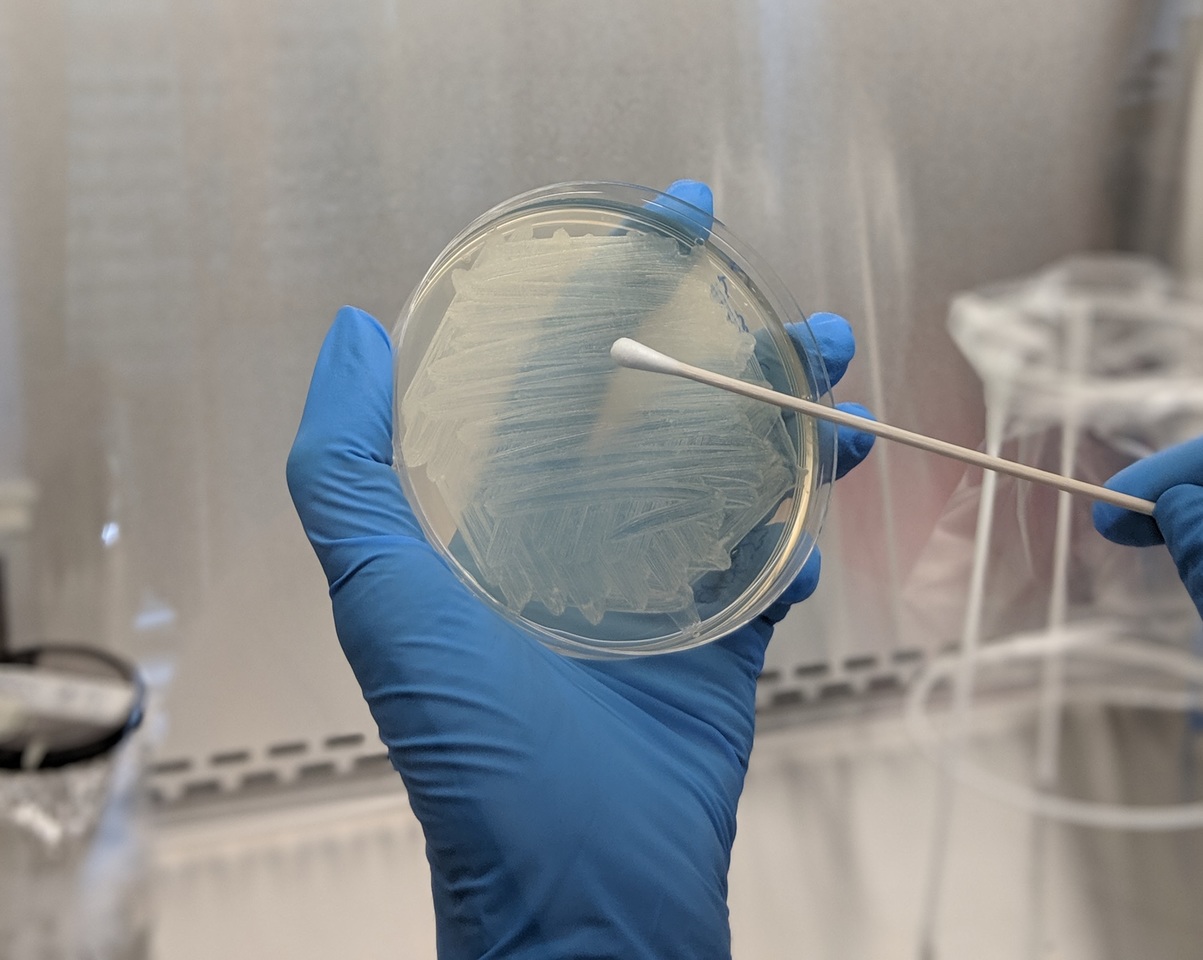 Cutibacterium acnes is the major commensal of the human skin, inhabiting the sebaceous glands of a hair follicle. It was associated with acne vulgaris for many years but the possibility of transplantation of healthy strains on a recipient opens up an opportunity in the use as a natural therapeutic.