On World Hepatitis Day 2019 it is important to reflect on the progress of the past three years to achieve hepatitis C elimination as a public health threat.  Hepatitis C virus is a global public health threat, affecting 71 million people worldwide. It is is a leading cause of chronic liver disease with persistent infection estimated to cause over 450 000 deaths annually.

Hepatitis C virus is transmitted primarily through blood contact via unsterile medical and other procedures, through reuse of syringes and needles and substandard infection control practices or sharing of contaminated injecting equipment among people who inject drugs. In addition, there is evidence of sexual transmission of hepatitis C, predominately occurring among HIV-positive gay and bisexual men. Depending on the country, hepatitis C virus infection can be concentrated among one or more defined subpopulations such as people who inject drugs as seen in Australia, an established epidemic in the general population, such as in Egypt, or a mixed epidemic, as found in Georgia.

Increased recognition of the impact of this epidemic and advances in biomedical and technical approaches to hepatitis C prevention and cure, provided the impetus for the WHO in 2016 to call for global elimination of hepatitis C as a public health threat by 2030.  The ambitious elimination targets include an 80% reduction in incident cases of hepatitis C and a 65% reduction in mortality, necessitating that 80% of treatment-eligible individuals with chronic hepatitis C access care.

The advent of highly effective treatment for hepatitis C, known as direct acting anti-viral (DAA) medication was a key driver for the call for hepatitis C elimination as it made elimination an achievable goal.  DAAs can be administered for a short duration (as little as eight weeks) and result in cure rates higher than 95%, with fewer serious adverse events. Importantly, they are becoming increasingly affordable globally with prices for a treatment course falling to less than US$50 in some countries.  However, in other countries the prices remain high, sometimes in the tens of thousands of dollars, keeping treatment and hepatitis C cure out of the reach of many people globally.  Just as important as cost of treatment, is ensuring everyone can easily access care.  There is growing evidence that community based treatment increases the likelihood of people engaging in care.  The development and implementation of flexible, community-based models of care that increase opportunities for testing and treatment across low, middle and high-prevalence settings is paramount.

Treatment alone will not be sufficient to achieve hepatitis C elimination.  A multipronged approach including prevention and testing is required.  Prevention is paramount; in generalised and mixed epidemics, health system strengthening is essential to improve the blood supply and ensure safe injection practices. Also key is the scaling up of needle and syringe programs and opioid substitution therapy as harm reduction interventions in countries where transmission of hepatitis C occurs predominately among PWID. As well as primary prevention, a vaccine remains essential to preventing transmission and re-infection in at-risk groups.  Hepatitis C vaccine development is challenging due to high genetic diversity resulting in antigenic heterogeneity, and poor understanding of the correlates of protection from primary infection and reinfection.  The most recent Phase II clinical trial of a vaccine designed to generate cellular immunity showed no efficacy. Despite this, there remains optimism about the possibility of a successful preventative vaccine that combines components that stimulate both cellular T cell responses and evokes a strong antibody response.

Raising awareness of risk and hepatitis C testing is also central to achieving elimination.  Countries must establish appropriate testing or screening programs consistent with their epidemic. The WHO guidelines recommend that HCV serological testing be offered to individuals in a population with a high HCV prevalence or who have a history of HCV risk exposure. Testing can occur in many different ways but there is increasing recognition of the need for community based testing programs including the use of rapid point of care tests, dried blood spot testing or similar approaches, as well as the use of standard laboratory testing.  Anything that ensures people at risk can easily access testing.

Many challenges lie ahead if the WHO elimination targets are to be achieved.  Currently only perhaps 14 million (20%) of hepatitis C infected people have been diagnosed. Between 2016 and 2017, the number treated increased from 1·8 to 2·1 million, with most growth occurring in middle income countries. Of concern, as of 2018, only 12 of 194 countries were considered to be on track to meet the 2030 WHO elimination targets.

If there are to be significant advances in hepatitis C elimination by World Hepatitis Day 2030 there needs to be continued efforts to ensure all countries understand their hepatitis C epidemic, implement appropriate prevention programs, and expand opportunities for testing and treatment, particularly in community settings that will reduce cost and increase access for all. 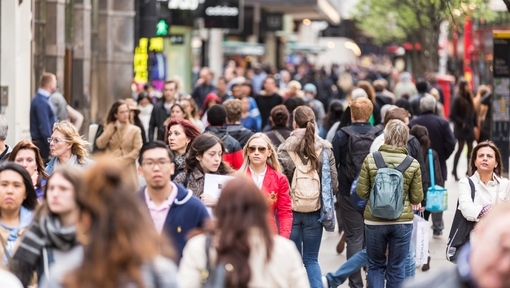