The plasticity of nutrient uptake machinery in phytoplankton

Phytoplankton is a diverse group of microscopic algae responsible for approximately 40% of the global primary production. Phytoplankton growth requires the uptake of certain nutrients, whose concentrations fluctuate widely in aquatic environments. Such nutrient variations trigger a battery of cellular responses that ultimately modify the nutrient uptake machinery in the cell membrane and “help” phytoplankton exploit natural environments. These responses are a type of acclimation responses (i.e. phenotypic changes occurring in the short-term).

During my PhD, I became interested in the acclimation responses carried out by phytoplankton growing in oligotrophic subtropical gyres. As a postdoc, I joined Dr. Bonachela’s lab and Dr. Spatharis’s lab to study acclimation responses affecting phosphate uptake. To this end, we applied a multidisciplinary approach that combined nutrient uptake bioassays, transcriptomic analysis, and mathematical models. After several pilot studies, we managed to monitor the physiological changes in a population of the diatom Phaeodactylum tricornutum subject to phosphate pulses of three different magnitudes. We found an increase in the cellular phosphate uptake capacity, measured as the maximum phosphate uptake rate (Vmax), both after phosphate pulses and at low intracellular phosphorus levels, and a decrease at intermediate nutrient levels. This result suggested the existence of acclimation responses that enabled the cell to both take advantage of nutrient pulses and exploit oligotrophic environments.

When we tried to reproduce the Vmax patterns observed in our experiments by using existing mathematical models, all our efforts were unsuccessful. It was only after considering that the nutrient uptake machinery was composed by two different types of nutrient transporters, upregulated after phosphate pulses and at low intracellular phosphorus levels, respectively, that we could reproduce such empirical patterns. Eureka! Most importantly, our mathematical model enabled us to provide the “whole” movie, and not only the snapshots that we got from our laboratory measurements. In this way, the changes in Vmax could be understood as a temporal succession of acclimation responses, promoted by the sequential upregulation and downregulation of the different components (i.e. transporter types) of the nutrient uptake machinery, which improved the cell’s capacity to take advantage of nutrient pulses or exploit oligotrophic environments.

I find microbial ecophysiological processes fascinating, and this research has reinforced this feeling. I think that the theoretical framework we provide could be accommodated to other resources and organisms, since acclimation responses are ubiquitous in kingdoms Monera, Protist, and Fungi. Furthermore, I believe that multidisciplinary studies, and particularly mathematical models, can strongly contribute to bridge the gap between cellular physiology, community ecology, and evolution. 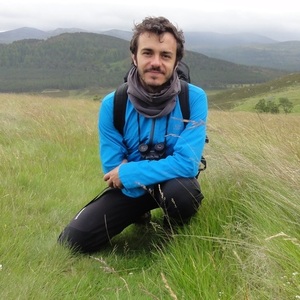