Like the series, it took me sometime to jot down anomalies between Game of Throne and Game of Intestine (GoI). Also, almost all the GoT actors were nominated to the Emmys, thus, I forced myself to continue my series.
Gayetri Ramachandran
Creator, Microtalks
Follow
Like Be the first to like this
0

In GoI, the most classical example of fight between the species is for the same nutrients. Existing in a specialised niche with limited resources, makes it extremely important for the bacteria to grab nutrients as and when possible !

Battle for the throne!

One person who really wanted the throne was Cersei Lannister and one person who did not want her on the throne was her very own brother Tyrion Lannister. In GoT, from day 1 we could notice that there was some bad blood between Tyrion and Cersei Lannister although they belonged to the same family. Daenrys was wise enough to have Tyrion by her side! Dragons or no dragons, he was knowledgeable and a strategic player to take on his sister. He miscalculated a few times but we can forgive him for that. Can’t we?

So what happens between Tyrion and Cersei in the intestine?

Their story reminds me of the paper published in 2013 in Cell Host and Microbe that studied the interactions between a probiotic E.coli Nissle strain and its pathogenic sister Salmonella typhimurium.

Why they tested E.coli Nissle?

Like Tyrion, E.coli Nissle is special as it was isolated from a healthy soldier during a Shigella outbreak in 1917. In the pretext that the presence of this bug might have been protective. As E.coli and S. typhimurium are related they might share the same environment especially the induction of intestinal inflammation.

What did they show?

A graph from Derius et al. Cell Host Microbe 14, 26-37  2013 showing the reduction in STM during a persistent S. typhimurium infection when E.coli Nissle WT is introduced in the mouse.

They further investigated what could be the “battle strategy”.

It turns out that the fight is for iron!

As a protective tactic, host inflammation reduces the availability of micronutrients, especially iron. Iron plays an important role in the colonisation mediated by S. typhimurium as it thrives in these conditions by chelating for iron with siderophores. Thus, when they administered a mutant E.coli Nissle strain tonB (mutant that can not acquire iron), they found no reduction in the growth of S. typhimurium.

Figure taken from Derius et al. Cell Host Microbe 14, 26-37 2013 showing the infiltration of the intestine by S.typhimurium, this effect is reduced when the E.coli Nissle was given to the mice. A tonB mutant E.coli is unable to protect the intestinal lining from the S.typhimurium infection.

Coming back to my favourite character, Cersei Lannister had a powerful and manipulative personality who was willing to give everything to remain the queen! Tyrion on the other hand was just floating from one camp to another seeking the truth and saving his head from execution! 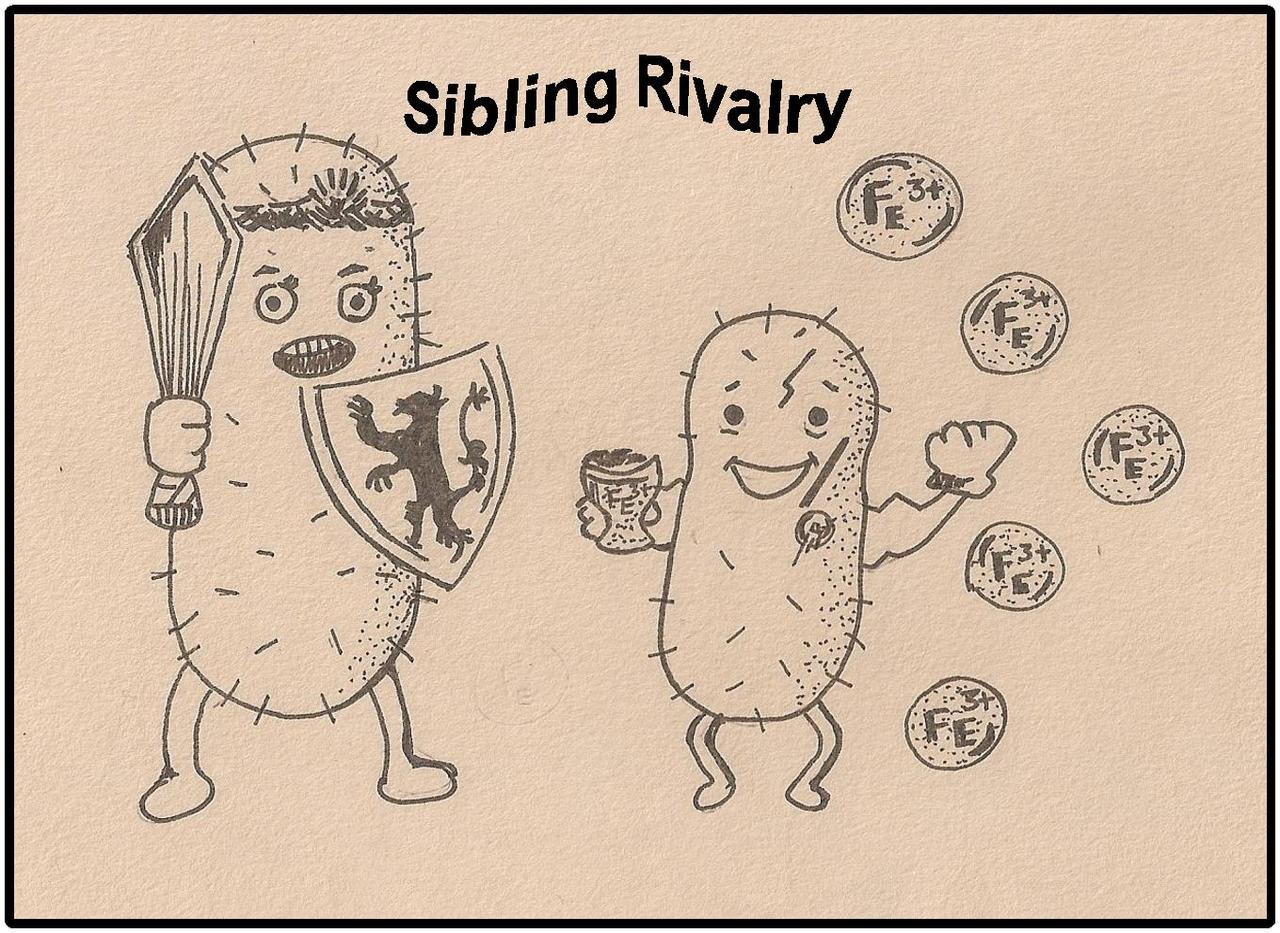 Like the series, it took me sometime to jot down anomalies between Game of Throne and Game of Intestine (GoI). Also, almost all the GoT actors were nominated to the Emmys, thus, I forced myself to continue my series.