Algae blooms regularly make for pretty, swirly satellite photos of lakes and oceans. They also make the news occasionally for poisoning fish, people and other animals. What's less frequently discussed outside narrow scientific circles is the outsize role they play in global carbon cycling. Everyone in our field's favourite stat is that 50% of the oxygen in every breath originated in the sea as a product of algal photosynthesis. And a significant proportion of that marine photosynthesis occurs during bloom events.

Regardless of what precipitates the bloom (be it agricultural runoff, seasonal changes, upwelling from the deep ocean), the exponential growth of algae leads to a massive transfer of CO2 into algal biomass. But these are of course fundamentally transient phenomena. Algae die either of starvation, having consumed all of the available nutrients, or they are consumed by grazers eating them from the outside and viruses eating them from the inside. And when they die a large fraction of their biomass is consumed by bacteria.

Over the course of the last decade, we've been studying North Sea spring blooms at the island of Helgoland - Germany’s only true offshore island, famous for its seabirds, seals and duty-free shopping rather than for microscopic algae. But what we were interested in was the fate of the organic matter once the algae die, and by what processes it is remineralised and ultimately returned to the atmosphere.

A substantial fraction of algal biomass is composed of different types of polysaccharides, and hence we wanted to look at specifically this part of it. We went for a targeted metagenomic analysis of the Bacteroidetes phylum of bacteria, since these are most associated with polysaccharide consumption (they do this in your gut too!). Bacteroidetes genomes frequently carry characteristic operon or regulon-like gene clusters called polysaccharide utilisation loci (PULs), that comprise a SusC-like TonB-dependent transporter, a SusD-like accessory binding protein, and then variable numbers of degradative carbohydrate-active enzymes or CAZymes (typically glycoside hydrolases and polysaccharide lyases). PULs have been found to be specific to a particular polysaccharide substrate.

In our study we reconstructed over a thousand metagenome assembled genomes (MAGs) belonging to more than a hundred Bacteroidetes species, and found that, contrary to what we might have anticipated, the diversity of PULs was in fact limited. We found only five major polysaccharide classes were being regularly targeted by multiple species, namely beta-glucans (such as laminarin - the main diatom storage compound), alpha-glucans (such as starch and glycogen - also algal and bacterial storage compounds), mannans and xylans (typically algal cell wall components), and alginates (mostly known as slimy stuff produced by brown macroalgae). PULs targeting other substrates weren't typically associated with multiple bacterial clades, implying that the most widely available and therefore most important polysaccharide substrates released by dying algae are made up of a fairly small set of basic components.

Given what we know of algal and bacterial species diversity, and the enormous potential complexity of glycans and polysaccharides, it came as no small surprise to see such a limited spectrum of PULs, and in only a relatively small number annually recurrent bacterial clades. 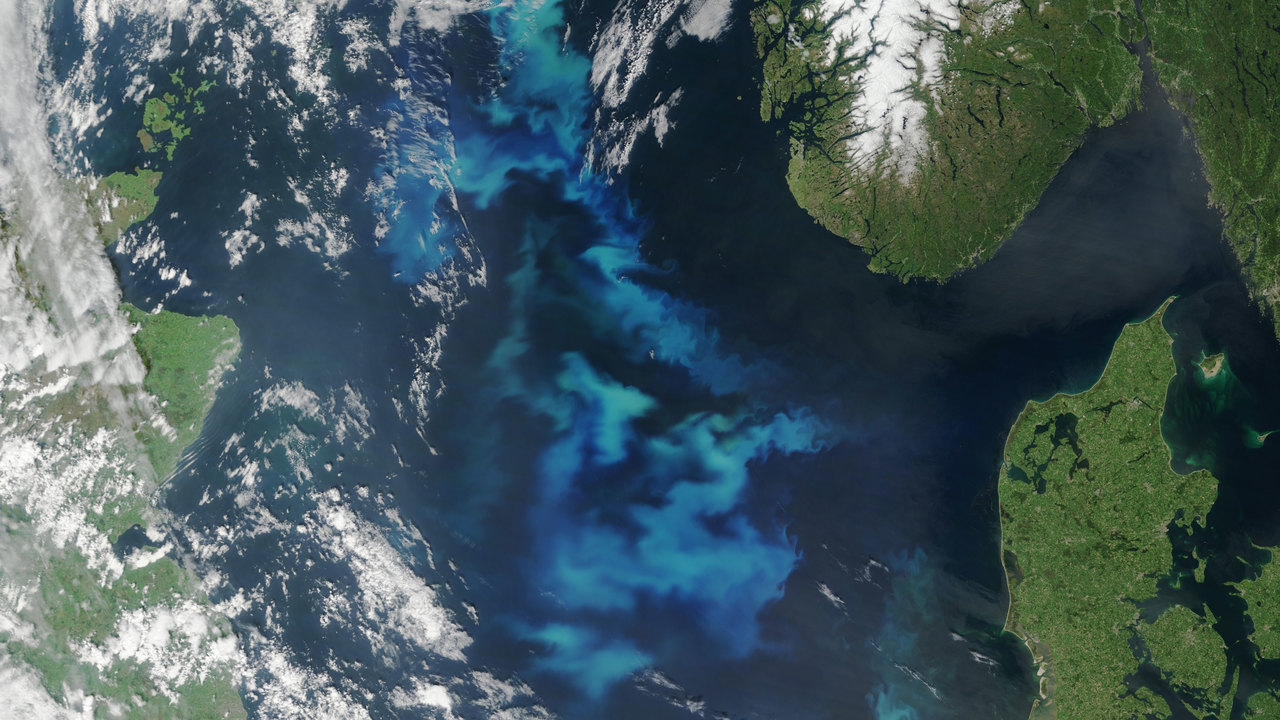