The discovery and characterization of Antarctic Nanohaloarchaeota resets the view of the field by demonstrating that Nanohaloarchaeota require a haloarchaea host for growth.
Ricardo Cavicchioli
Professor, UNSW Sydney
Follow
Like Liked by Raihan Shah Mahmud and 2 others
0

David Attenborough is famous for revealing natural wonders of the world by drawing in the focus of the viewer and saying ‘….and here, under this rock we find…..’. In so doing, Attenborough articulates the quintessence of what it is to engage in discovery science – turn over the rock and look to find what life exists.

The ‘rock’ of course can be many things, from gazing down into the deep ocean to up into the vastness of space. In microbiology, the modern tool for ‘looking’ and discovering new life is genomics – discovering new DNA sequences for previously unknown microbial species. This genomics approach extends well beyond an individual microbe to environmental genomics (or metagenomics) which reveals the DNA sequences of whole microbial communities.

Metagenomics has been used to discover what types of microbes grow in Antarctica, including in lakes that are so salty the water cools to -20°C but does not freeze.

But before revealing more about the microbes growing in hypersaline, very cold, Antarctic lakes, it is important to reflect on another approach for performing science – ‘hypothesis-testing’. Hypothesis testing is in many ways the opposite of the ‘look and learn’ approach. It represents a defined, structured way of advancing science. Often a hypothesis is made, tested and found to be wrong – being wrong is not bad as it means a new hypothesis can be generated and again tested. As time goes on the refined hypothesis becomes more and more difficult to disprove due to continually gaining improved understanding, thereby strengthening the certainty that the hypothesis is correct.

In an article published in the Proceedings of the National Academy of Sciences USA we illustrate how looking and learning combined with hypothesis-testing revealed that the prevailing view about an important lineage of microbes, Nanohaloarchaeota, was wrong. In the process of redefining the lifestyle of the Nanohaloarchaeota, the research developed a model system for studying symbiosis, meaning that research groups around the world have new avenues for examining parasitic and other types of symbiotic lifestyles.

Archaea represent one of the three main lineages of life that have evolved on Earth – the other two being Bacteria and Eucarya – the latter including humans and other animals, plants and fungi. Using metagenomics, we discovered that in hypersaline Antarctic lakes, salt-adapted archaea called haloarchaea, dominate throughout the cold, salty waters with specific species being endemic to Antarctica. We then found that virus-host interactions were important features of the lake ecosystems, and after isolating viruses in the lab using haloarchaea as hosts, we tested the hypothesis that viruses would infect specific strains of a species. In a separate line of research aimed at isolating new viruses, a new type of plasmid that masquerades as a virus and infects Antarctic haloarchaea was discovered.

Continuing this line of work, enter now the Nanohaloarchaeota. First reported in the scientific literature in 2011, these tiny (hence the wording ‘nano’) sized archaea were found to be evolutionarily unrelated to their larger, haloarchaea counterparts. The published research describing Nanohaloarchaeota used microscopy to see what they looked like and metagenomics to examine their DNA sequences. The original published study, and all subsequent publications, which represent salty locations from around the world including Australia, Spain, USA, Russia and Chile, concluded that Nanohaloarchaeota may be capable of leading a free-living lifestyle. This conclusion was reached despite not being able to cultivate (grow) the nanohaloarchaea in the laboratory – a fact that is unsurprising given the majority of environmental microorganisms remain recalcitrant to isolation attempts.

When we discovered the Antarctic Nanohaloarchaeota it came as a big surprise – firstly the research was orientated at finding viruses that grew using Antarctic haloarchaea as hosts, and secondly, the nanohaloarchaea were discovered growing in the laboratory. This was a big ‘David Attenborough’ moment that came from looking and learning – and looking under a ‘laboratory rock’ no less, not one out in the field.

Analysing the metagenome assembled genome of the Antarctic Nanohaloarchaetoa revealed what they were capable of doing, and importantly, what they could NOT do. This led to the next revelation – the Antarctic Nanohaloarchaetoa had no known capacity to make membrane lipids – membranes being an essential part of a cell. The genome also showed the Nanohaloarchaeota had limited capacity for generating energy, and lacked capacity to make essential biomolecules, amino acids and nucleotides.

The obvious hypothesis derived from this genomic analysis was that these Antarctic Nanohaloarchaeota were not capable of being free-living and in fact required a host to supply them with essential components for growth. To address the hypothesis, experiments were designed to test the ability of the nanohaloarchaea to grow independently, and found they could not do so.

Another hypothesis tested was that one specific haloarchaeal species, Halorubrum lacusprofundi was a host, and this proved to be true. In all metagenomes of enrichment cultures, aside from the Antarctic Nanohaloarchaeaota (referred to as Candidatus Nanohaloarchaeum antaracticus), Hrr. lacusprofundi was the dominant species, suggesting it was the likely host. In using flow cytometric cell sorting to purify Ca. Nha. antarcticus and demonstrate it grew with Hrr. lacusprofundi, work was performed analogous to the requirements for fulfilling Koch’s postulates.

A broad range of methods were used to characterize the nanohaloarchaea-host interactions including cultivation, genomics, proteomics, flow cytometry, electron microscopy and fluorescence microscopy – all these details can be found in the paper.

One of the surprising and fraught parts of performing this research was realizing that all publicly available genomic data for Nanohaloarchaeota pointed strongly to them lacking the ability to be free-living – why hadn’t other scientists already discovered this? In addition, the genomes encoded massive ‘SPEARE’ proteins – why hadn’t these been described?

Suzanne Erdmann initially discovered the Nanohaloarchaeota during her virus isolation attempts. Accepting the challenge of defining these cryptic tiny cells and basing his PhD around them, Joshua Hamm took three hard slogging years to generate comprehensive enough and compelling enough data to unequivocally demonstrate the requirement for a host – a considerable amount of tough work and stressful dedication shrouding the effort ‘that someone else was going to publish on this’, until the final realization of the publication reward.

The scientific community now knows that Nanohaloarchaeota are symbiotic, raising a raft of questions about how the symbiosis evolved, the specific mechanisms controlling interactions, and the contributions these symbionts make to ecosystem processes.

The paper in the Proceedings of the National Academy of Sciences USA will undoubtedly be a source of discussion within the scientific community – assessing the veracity of the findings and pondering the implications of this tiny cellular lineage. With the capacity to grow and manipulate cultures in the laboratory, avenues abound for my group and others to further understanding of the Antarctic species. There is also opportunity to mimic the approaches developed, to attempt to grow enrichments and study equivalent Nanohaloarchaeota and their hosts from hypersaline environments that are distributed around the globe.

Our parting hypothesis is that the haloarchaeal hosts of non-Antarctic Nanohaloarchaeota will be different genera/species to Hrr. lacusprofundi. In fact, we go out on a limb to suggest that Haloquadratum is likely to be a host for some Nanohaloarchaeota (from Lake Tyrrell) – see our paper for the reasoning - after all, if we are proven wrong, that is ok - that is what hypothesis testing is all about. 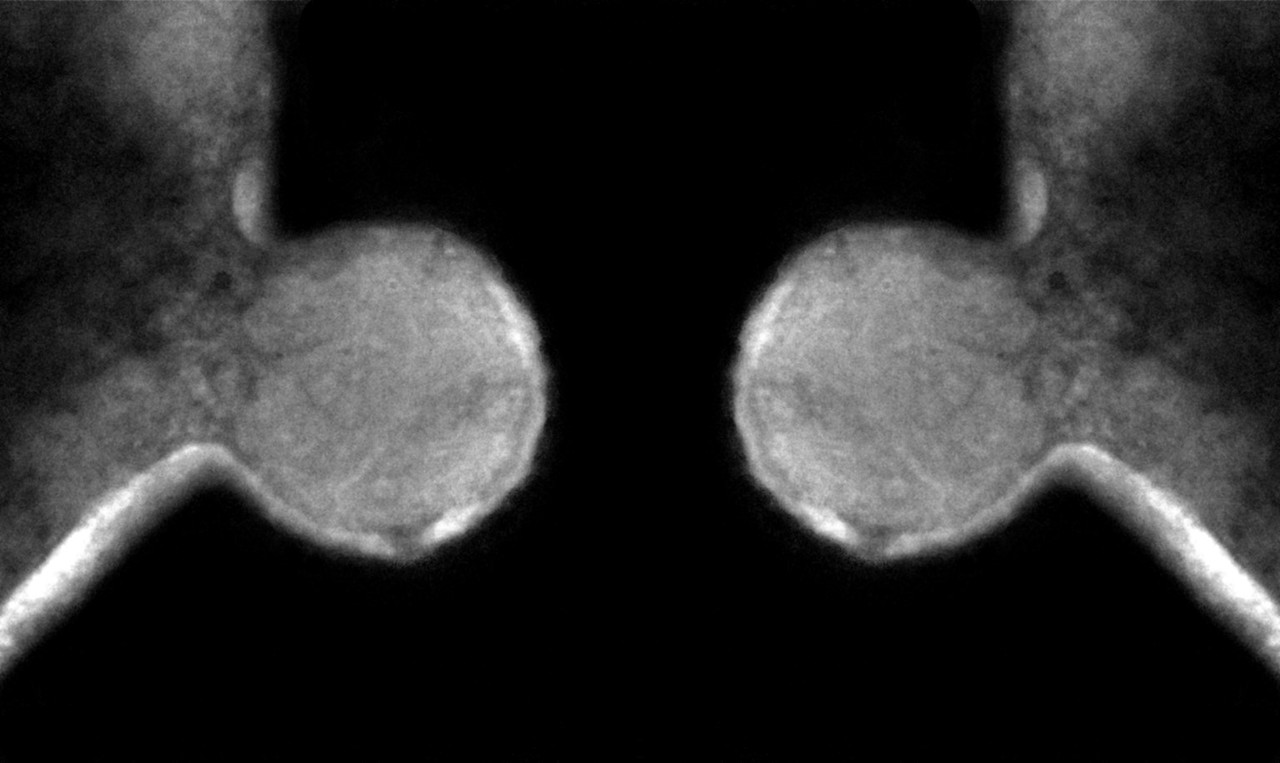