Microbial interactions are more than a checkers match

Community ecologists have long recognized that interactions among organisms dictate, in part, where we find them. In certain situations, a perfect correlation exists between the presence of one species and another with which it interacts. For instance, one cannot encounter the nitrogen-fixing cyanobacterium Anabaena azollae in the absence of its symbiotic host plant, the mosquito fern (Azolla spp.). Likewise, negative interactions, such as resource competition, have the potential to limit the local co-occurrence of competing species over their shared geographic ranges. This mechanism of spatial competition has famously been compared to a board of checkers (or draughts, if you're British), where two game pieces (or species) cannot occupy the same local square. This has prompted ecologists to search for so-called "checkerboard" co-occurrence patterns in natural communities. And to this end, a veritable avalanche of computational tools have been developed to recover the signal of species' interactions from observational data such as species checklists, range maps, and molecular inventories.

In microbial ecology, we commonly employ these computational tools (such as correlation networks & null models) to extract the signals of interspecific interactions from molecular species inventories. However, while these methods have successfully been benchmarked using simulated datasets and simple communities of microbes co-cultured in liquid growth media, there are a number of important caveats and assumptions practitioners must contend with which complicate the reliable recovery of true interaction coefficients. These issues have been debated ad nauseam among community ecologists, beginning with some infamous (and deliciously heated) back-and-forths in the late 1970s and early 1980s [refs. 1-3, among many others], and persisting to today, where very little appears settled. One of the more glaring issues brought up time and time again — and one that we believe is particularly troublesome for microbial ecologists to grapple with — is that of sub-sample heterogeneity confounding the signal of interspecific interactions.

Reviewing papers and attending conferences over the past decade, we became concerned that many computationally-inclined microbial ecologists may not have had the opportunity to thoroughly acquaint themselves with their particular study systems through the oculars of a microscope. This is, of course, a forgivable offense given the occasionally-disgusting habitats we study and the collaborative nature of our work. However, a quick close-up glance at any filter paper, fecal swab, or pile of dirt destined for the Illumina machine reveals a remarkable microscopic topography, replete with miniature valleys, barren plains, hypoxic caves, and the occasional root hair, worm casting, or deceased mite providing sustenance to the millions of microbial inhabitants. Technologies like fluorescence in situ hybridization and electron microscopy have highlighted the marked spatial heterogeneity of microbial populations dwelling in most natural habitats (fig. 1), and so it follows that many of these spatially-structured populations may not meaningfully encounter one another nor interact in the slightest. While we don't believe this to be a controversial statement, we rarely noticed spatial heterogeneity being discussed as a potential source of error in microbial interaction estimates from molecular sequence surveys.

Consequently, we were prompted to write the linked perspectives article, in which we highlight three statistical obstacles arising from spatial heterogeneity contained within a typical microbial community sample. Crucially, these obstacles cannot be easily surmounted by improved algorithms and models. Instead, we encourage researchers to confront the issues of spatial scale head-on, by sequencing and characterizing microbial communities at very small spatial grains — a feat now possible with the current generation of sequencing technology. We are hopeful that in doing so, we can begin to identify the spatial scales over which our computational inferential approaches best perform, which, in turn, will expand our understanding of the ecological processes structuring these hyper-diverse, spatially-structured microbial ecosystems.

Our full Perspectives article in The ISME Journal can be found here:  https://rdcu.be/bHVDV

Figure 1.- Fluorescent in situ microscopy images taken from activated sludge flocs, demonstrating spatially-heterogeneous microbial communities at the micron-level. Even at these fine spatial grains, many of these different populations may never meet nor meaningfully interact with one-another, and may instead spatially segregate across underlying environmental variation. Figures courtesy David Vuono. 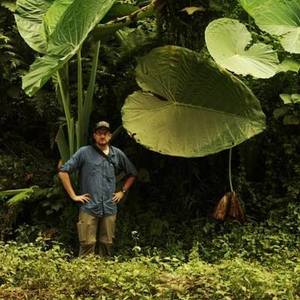