Leaving a long-held position can upend the board on which day to day life has been played out for many years. Even with careful planning, where the pieces will land can never be entirely anticipated. So what happened next when this ex-editor decided to roll the dice?
Andrew Jermy
Consultant, Germinate
Follow
Like Liked by Jenefer Thoroughgood and 1 other
1 If you’re reading this, then welcome to my new little venture – Germinate Science Consulting (GSC). Do please take a look around and let me know what you think. This is something of an experimental project for me, that has grown out of a bunch of interactions that I have had with microbiology resear…

It’s been four and half months since I disembarked from the good ship Nature, and alighted the gang-plank with a spring in the step. The commotion of the commute swapped for the (relative) stillness of staying put in the suburbs. The thunderous torrent of emails that inundated me daily became stemmed to little more than a trickle. Oh Dear! Oh Dear! No more. The constant fight against the clock, the race to keep up and avoid being late, gone. I am a lord of time, my time at least. A Dr who can set his own diary. And with it a chance to exercise, to swim, to gym, to play. Family time is less encumbered with distraction, I can put down my phone and focus on fatherhood. All marks in the credit column as your diarist carries out a preliminary audit of this work-life re-balancing. And yet. While things are good, better in fact, nothing is perfect.

The routine that became ingrained over 11 years is gone and a new normal is being established. The day-to-day rerouted. But for one who left the house at the same time, parked in the same spot, stood at the same point on the station platform, sat in the same seat on the train, day after day, month after month, change can be unpredictable, on occasion uncomfortable. The regularity of manuscript submissions, of circulations and emails, of publication deadlines, of meetings and conferences, all became a pacemaker that allowed me to settle into the imposed rhythm of editorial life. Take the pacemaker out of the picture and what was mostly an ordered (if ever quickening) procession has become more rag-tag. Freed from the metronomic precision of the orchestra, I find myself in free-jazz territory now. Nice. For some. For the determined, self-determination is sublime. But sometimes too much freedom to wander and wonder brings with it procrastination, apathy even. It’s possible to forget how to get things done. I hope that this is a temporary amnesia rather than a sign that something has snapped for good.

It was unknown how intimately my self-esteem had become entwined with being an editor for the big N. Not too much it seems, but certainly enough that the absence is felt. A little twinge here and there. Status is perhaps the one type of wealth most affected by this move to work in partnership with Mrs Jermy. Any previous chiefly entitlements (minimal as they were) are gone, and I split my time among a range of titles; partner, husband, father, copy editor, art editor, admin assistant, writer, shopper, cook, taxi driver, tea-boy and more beside. There is enjoyment to be found in each, but changing hats so frequently can be discombobulating. It also contributes to a feeling of never actually getting a solid block of work done, problematic for one who likes to get things ticked off the to-do list. Of course it is has not passed unconsidered that this is simply a peak into what Mrs Jermy (and countless others around the world) have been experiencing for many years.

These are what many would describe as first-world problems then, and minor ones at that. The trick is in figuring out how to redistribute the ~50 hours a week I spent working for a single endeavour into several different piles, but to still tick off the desired achievements in each. Nothing to be done but to buckle down and get on with it, procrastination begone.

It was always planned that I would devote ~20% of my time to a project outside of the family business, one related to microbiology. However, several factors have conspired to stop this from happening, immediately at least. First and foremost was the desire to commit to the joint venture, to learn the ropes and pull my weight. This was also necessary, since my joining occurred just in time to help prepare for the exam period, the busiest time in the calendar for an educational resources company. But there was also tiredness and a need to have a break from being an editor, and from microbiology research. Perhaps this is best reflected in the change I made to my twitter bio, which has read ‘recovering editor’ since the end of January. I needed some time away for recovery and recuperation, to lose that notion of feeling jaded. A sabbatical of sorts.

A sabbatical that abruptly ended recently on a trip to Brussels, and to the brutalist but beautiful Université catholique de Louvain. Despite my no longer sporting the big N brand, an invitation was extended to take part in a careers workshop for PhD students, to talk about life as an editor in academic publishing. Candour was never a problem when giving talks previously, but perhaps there was a hope that I would be even more willing to shine a light on the darker corners of publishing now that the continuation of my salary did not depend on the corporate line being towed. My presentation seemed to go down well, despite managing to speak for more than my allotted hour. The workshop participants were among the brightest, most engaged and inquisitive that I have come across and are a credit to their respective labs & institutions. They did not let any of the speakers off lightly, firing questions and engaging in discussion throughout the workshop and the evening’s entertainment. A genuinely reinvigorating visit, and just the spark needed to rekindle those 20% plans.

So it was that on returning to the UK, amid juggling Jermy’s minor and minimus, and the day-job working with Mrs Jermy, my new project has begun to take shape in the form of Germinate Science Consulting. I wont discuss it in detail here as to do so would be to advertise my new business in contravention of the guidelines of this community. But you can read more about it HERE, if you like.

Perhaps the biggest benefit of our new way of working and living has been the flexibility for Mrs Jermy and I to carve out a little more time for ourselves (and each other). So it is that this week Mrs Jermy is off for a few days of well-deserved down-time at the end of the GCSE exam period. No laptop, no minor or minimus, just spa treatments and reading time. Your diarist opted instead to try and reconnect with his younger self, and so am I off to the peak district in a couple of weeks to visit an old school friend with whom contact was lost along the way, to camp and to climb a couple of hills. A chance to get out in the fresh air and get high (not in the tory leadership contender way, obviously). I can’t wait!

Ruth Milne
over 3 years ago

Great to hear from you, Andy! 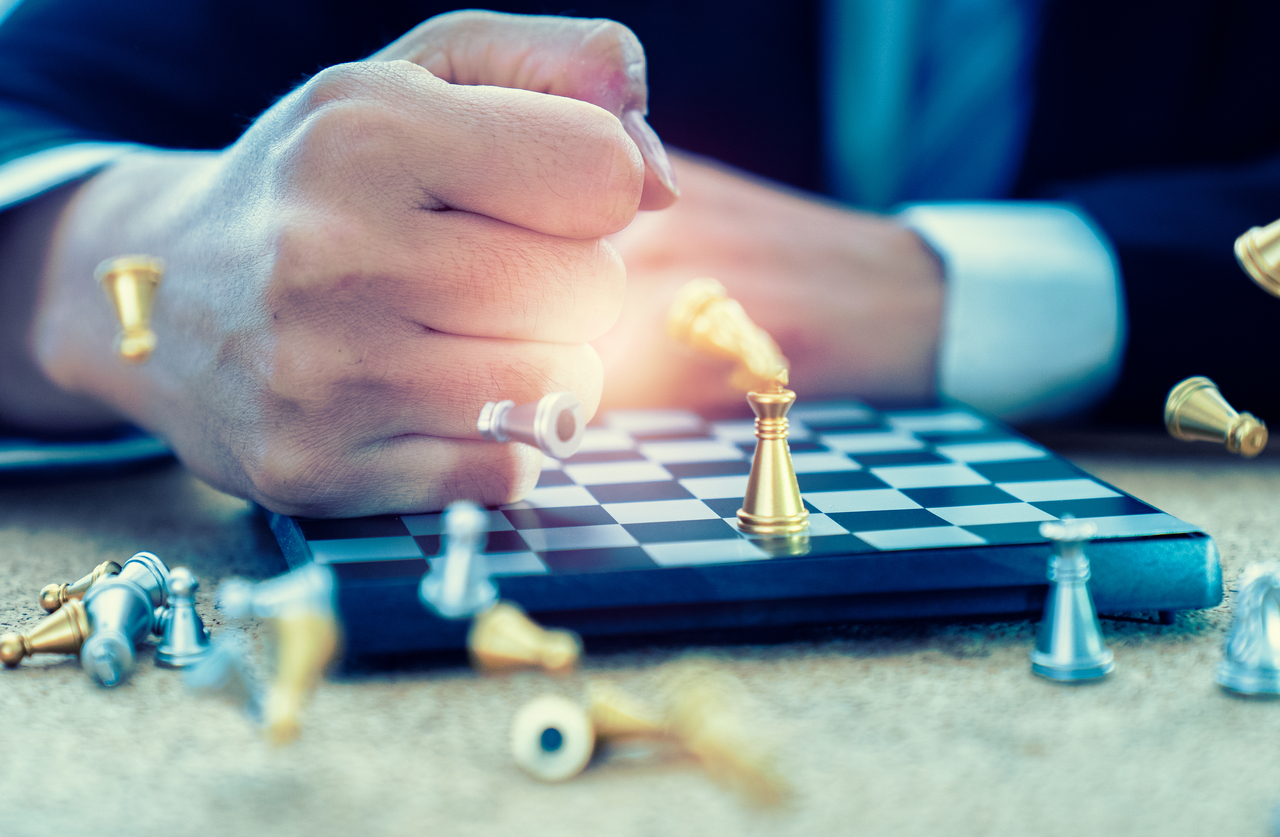 Leaving a long-held position can upend the board on which day to day life has been played out for many years. Even with careful planning, where the pieces will land can never be entirely anticipated. So what happened next when this ex-editor decided to roll the dice?