HPV circRNAs: Transformation with no end in sight

Although circular RNAs (circRNAs) are abundant and can be encoded by viruses, the function of most circRNAs remain unclear. We describe the discovery of circRNAs in human papillomaviruses (HPVs) including a circular E7 RNA (circE7). CircE7 is translated and required for transformation in cervical cancer cells, providing strong evidence that circRNAs can be translated and have important biological functions. Jiawei Zhao Richard Wang

Covalently closed, single-stranded, circular RNAs were identified as plant viroids and rare products of splicing more than 30 years ago. However, recent advances in sequencing technology and bioinformatic analyses have revealed that circRNAs are much more abundant than previously appreciated; this appreciation has also resulted in a resurgence of interest in studying this class of RNA molecules.

Our study began with a simple question: Do human papillomaviruses (HPVs) generate circular RNAs? The small size of the HPV genome coupled with the availability of Sequence Read Archive (SRA) data from HPV positive cervical cancer tumors made it straightforward to address this questions. Specifically, we used BLAST to query whether any unexpected “backsplice” junctions were present in SRA datasets. Based on the detection of several potential backsplices surrounding the E7 oncogene HPV16, we sought the help of bioinformatics colleagues to analyze all available SRA datasets more systematically. Jiwoong Kim generated a custom algorithm that identifies and maps circRNAs from viral genomes. These more systematic analyses confirmed that a circRNA encompassing the E7 oncogene, circE7, was the most abundant. CircE7 could be detected both by Northern blot and inverse PCR in a number of HPV16 positive cancer cell lines. We further collaborated with Cheng-Ming Chiang at UT Southwestern and Lou Laimins at Northwestern to identify cell lines with only episomal HPV. The presence of circRNAs in cells with non-integrated HPV confirmed that circRNAs were not artifacts of aberrant HPV integration events and could be regulated by differentiation. Proving that circRNAs are not only present but also functional has eluded all but a few circRNA to date. Thus, the more important question was whether circE7 had any important, non-redundant functions. Because circE7 was present at low levels compared to other E7 sequence containing RNA in HPV16 transformed cell lines, it was unclear whether circE7 would make a significant contribution to HPV biology. Thus, it was surprising and exciting to see that CaSki cervical carcinoma cell growth in vitro and in tumor xenografts was markedly inhibited by shRNA-mediated knockdown of circE7.

Until recently, the strongest evidence for functional circRNAs suggested that they functioned as microRNA (miRNA) sponges. However, there is increasing evidence that a subset of circRNAs can be translated. Based on the absence of evolutionarily conserved miRNA binding sites and the obvious presence of the entire E7 open reading frame, we wondered whether circE7 might contribute directly to E7 oncoprotein production. Indeed, our knockdown experiments in CaSki cells already suggested that circE7 contributed to the production of a significant amount of the E7 oncoprotein. We generated in vitro constructs to confirm that circE7 could be translated. Indeed, short constructs, which lacked the ability to generate linear mRNAs previously linked to E7 oncoprotein translation, could still generate abundant circE7 and protein in vitro. The constructs also revealed that circE7 was N6-methyladenosine-modified and mainly localized the cytoplasm, in contrast to the linear E7 mRNA, which is mostly nuclear. These features may help to explain why circE7 contributes disproportionately to E7 oncoprotein production. Finally, in collaboration with Michael Buszcazk’s lab, we used polysome profiling to provide another line of evidence to confirm that circE7 was translated. Specifically, we showed that the circE7 could be detected in assembled ribosomes (i.e. monosome, light polysome and heavy polysome fractions) and that this association was abrogated by mutating all start codons within circE7. CircRNAs add another intriguing layer of complexity in how HPVs might regulate infection and transformation. It will be interesting to determine how both the host cells and the viral sequences themselves regulate circRNA formation. Human papillomaviruses continue to surprise us with the complexity of information encoded in their small, ‘simple’ genomes. While HPV circRNAs may be the latest contribution of HPVs to virology and cancer biology, it will certainly not be the last. 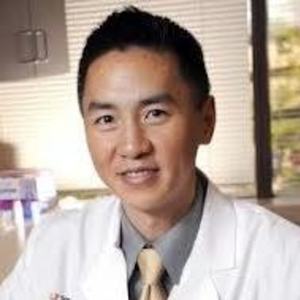