Building a robust tool for processing metagenomes, one error at a time

Bioinformatics analysis is a central piece of modern life science research, including when working on the microbiome. Our recent paper in Microbiome presents a set of microbiome analysis pipelines for metagenomics studies.

The goal of NG-meta-profiler is to take metagenomes as inputs and produces estimates of either taxonomic or functional abundances. At a high-level, we use a well-validated approach to metagenomic analysis: use a pre-annotated gene catalogue as a reference against which to align metagenomic reads [1-3]. The big innovation is in the way the tool was designed and is presented to the users.

What do we want from our computational tools?

On the one hand, we want standard pipelines that embody best practices and enable comparisons between different studies and datasets, we want them to be easy to install and use by individuals without a strong background in bioinformatics. On the other hand, we want the flexibility to adapt to the specificity of each dataset and expert bioinformaticians will want to tweak and combine tools to address different contexts and requirements.

We propose a solution to these seemingly conflicting goals by presenting a set of standard pipelines that can be easily adapted while maintaining reproducibility. The central concept behind the work is a novel programming language for processing NGS data called NGLess which was used to write these standard pipelines.

Cartoon view of how NGLess is used for building metagenomics profilers

NG-meta-profiler and NGLess are just now being published as a journal article, but the tools themselves have been in development for several years and were always available as open-source software. In fact, the initial intuition that this could be a good idea first came to me back in 2012! Looking back at my mail archives, I found an email from me to co-author Ana Teresa Freitas from September 21st 2012 with some initial thoughts on the idea as a follow-up to a conversation we had earlier.

Then, the project proceeded through three phases:

The initial goal was to design a simple programming language and write a piece of software that would solve some toy problems. This work was the bulk of Paulo Monteiro’s MS Thesis, which he submitted at the end of 2014.

At this point, most of the ideas were in place and we had proved that the concept could work to process data, but the tool was slow and would often produce hard-to-understand error messages. After improving the performance, we started using the tool internally for our own projects (e.g., [4]). The NGLess interpreter became more robust with time and started to produce better error messages. This was a slow process as behind each little improvement there was often a confusing debugging session. For example, a malformed FastQ file could cause an “Out of memory” error. Naturally, we would then attempt to run the analysis in a large-memory machine before realizing what was going on.

Around 2017, we started encouraging others to use the tools and receiving feedback. We realized that the way the software was built caused issues with some types of HPC clusters (even though it had run fine on our systems). We received further reports of confusing error messages and improved those. We realized that there were some inconsistencies that confused new users and streamlined the interface.

Individually, all of these were minor changes, but collectively these hundreds of small improvements make all the difference between the finicky proof-of-concept we had in 2014 and a tool we could proudly recommend to others. So, in 2018, we finally decided it was time to submit it as a manuscript to a journal, and you can now read about it at Microbiome. 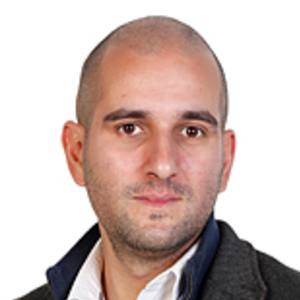