The story outlined in our latest Nature Communications paper (https://www.nature.com/articles/s41467-019-11140-w) began from previous work in the lab (Pathophysiology of intestinal epithelium, Institute of Digestive Health Research, Toulouse, France) demonstrating that thrombin activity was released by healthy human colonic biopsy ex vivo.  Thrombin (also called Factor-2 or F2) is normally produced by the liver, and its role in human physiology is mostly associated with coagulation.  Hence, we didn’t really know whether this activity was due to a local production of thrombin, and if so, what type of cells would make such enzyme and for what purpose?  With the help of our clinician collaborators from the Toulouse Hospital, we collected further human colonic biopsies and surprisingly, we confirmed a local transcription of thrombin gene in colonic tissues.  Using human intestinal biopsies and colonic organoids derived from human epithelial stem cells developed in the lab, we discovered that epithelium was in fact the source of such proteolytic activity.  Not only we detected several active forms of thrombin in intestinal epithelium, but we also found that other coagulation factors, such as Factor-5 and Factor-10, were also expressed there.  At our great excitement, we found that Factor 5/10 prothrombinase complex helps activate epithelial active thrombin, just like it would do at the surface of platelets during coagulation.  We also highlighted that thrombin release was polarized with a higher secretion in the luminal side of the epithelium, this protease was notably found into the mucus and the feces.  This brought us to our next challenging question: what could be the physiological role for this epithelial thrombin?  With the effective help from our collaborators at McMaster University in Hamilton, Canada, we found that epithelial thrombin (but not the liver thrombin) was no longer produced in germ-free mice, and that its production came back to normal when these mice were recolonized with normal microbiota.  Those results suggesting a role of epithelial thrombin with microbiota were puzzling, as nothing was really known in the literature about the impact of host proteases on microbiota.  These findings put us on the right track for further in vivo analyses.  Using pharmacological approaches with a specific inhibitor, thrombin activity was abolished in animals and we analyse their 16S microbiome.  Few species were impacted by such treatment, but to our surprise, the microbiota spatial organization was severely altered when epithelial thrombin was not active.  Intestinal biofilm was closer to mucosa, allowing several microbes to escape from it and to invade mucus layer as well as mucosal tissues.  These observations were associated with a low-grade inflammation status, with altered macroscopic and histological damage of tissues, as well as an altered host-microbiota related transcriptome.  Should epithelium produce thrombin as active protease to defend host tissues against gut microbiota growing at mucosal surface?  Building on our expertise to grow ex vivo human tissue-associated microbiota under its natural polymicrobial biofilm phenotype and thanks to our University of Calgary (Canada) collaborators, we found that thrombin had a profound impact on human microbiota biofilm formation, destabilizing its protein backbone and cleaving few, but not all, proteins associated with this matrix.

The full picture now started to get a frame: epithelium continuously produces thrombin as active protease, which cleaves matrix-associated protein of biofilms, a function that help to shape a normal microbiota biogeography at the mucosal surface of the intestine.  Epithelial thrombin is a thus major player of mucosal homeostasis.  Nevertheless, having proposed a new link between epithelial proteases and microbiota might generate future exciting studies, as we found in the lab that intestinal epithelium is the source of few other serine proteases.  We also expect this study to have a strong impact beyond the gastrointestinal tract as we detected thrombin not only in gut epithelia, but also epithelium from the bladder, lungs and skin!  Truly fascinating! 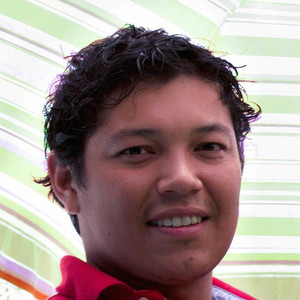