How does a "selfish" symbiont affect the host proteome of a coral model, and what does it mean for reefs?

The plight of coral reefs, thankfully, receives a lot of attention. The visual impact of a stark white reef after corals have expelled their dinoflagellate symbionts is easily conveyed to the public. Coral bleaching is particularly interesting to a cell biologist because it’s the dramatic result of cellular dysfunction, visible to the naked eye, occurring at the ecosystem scale. There’s been much discussion, including in the popular press, about the possibility of using thermally tolerant symbionts, either naturally occurring or engineered, to make corals more resistant to bleaching. This idea is a topic that grabs the imagination because it promises a clever, simple fix to a devastating environmental problem, and years ago it was what first drew me (and, I suspect, an entire generation of coral reef biologists) into the field.

A decade later, however, we still don’t really understand how the coral recognises or interacts with its symbionts. For years, one prime candidate for thermal resilience has been Durusdinium trenchii. This species appears to be recently invasive in the Caribbean, infects a wide variety of cnidarian hosts, and becomes dominant (at least temporarily) in corals after their normal symbionts have succumbed to high temperatures. Could it replace corals’ thermally-sensitive symbionts and provide resistance to coral bleaching? Personally, I’ve been chasing D. trenchii for a long time. Almost ten years ago Dr. Dustin Kemp and I tried to track nutrient exchange in corals hosting D. trenchii, but we learned the hard way that, whatever their resistance to heat, they don’t help against the cold. An intense cold snap killed our planted corals and many others on shallow reefs in the Florida Keys.

Of course, sudden loss of years of work is a peril of field work. In the safer confines of the lab, work from our lab group and others shows that D. trenchii seems to be selfish. It doesn’t seem to be a good partner and doesn’t contribute much to the host, but we don’t know why or which partner is to blame. In this and several other papers, we used a combination of physiological and -omics methods to gain some insight into how new symbioses might function (or not). There’s still quite a bit that we don’t understand: the cell recognition mechanisms host and symbiont use to identify each other; how they exchange nutrients; how they coordinate and “talk” to each other; and what they talk about! One reason for these gaps in knowledge is the fact that corals are uncooperative in the lab. Just as on the reef, they require finely-controlled parameters and are sensitive to changes in their environment. Luckily a much more agreeable model, the glass anemone Exaiptasia pallida, also contains symbiotic dinoflagellates and thrives in the lab. If you go to any tropical marine aquarium or pet store in the world you’ll likely see a few (or more) Aiptasia making a pest of themselves amongst the rocks. Excitingly, the field now has a tractable host model in Aiptasia, a thermally tough symbiont of dubious moral character, and a suite of –omics and other cell biology methods to study them.

In this paper, we used proteomics to identify proteins that were differentially abundant between anemones hosting D. trenchii or their typical B. minutum symbionts. Proteins that may be important in nutrient transport and immune function varied between the symbioses, and commonalities in the two symbioses and anemones lacking symbionts may indicate the changes in the symbiotic membrane that allows the symbiosis to persist at all. These are the kinds of processes that we need to understand if we wish to find or create better coral symbionts, and there’s still a lot to learn. Is it a simple matter of having the right surface markers to be recognised? Do the algae have to provide just the right mix of food and metabolites, so that each has a “secret sauce” that the host prefers? Or, are the symbionts very quiet tenants, slipping “rent” under the door while trying not to wake up the host’s immune response? And finally, does the host actively select algae, constantly working cell by cell to optimise the symbiosis?

The dire state of coral reefs and scientific curiosity mean the field will soon be pursuing selection or genetic modification to try to obtain new, thermally tough symbionts. We hope that this paper helps identify some features of and potential barriers to coral-algal symbioses and gets us closer to determining whether or not we can make this relationship work. 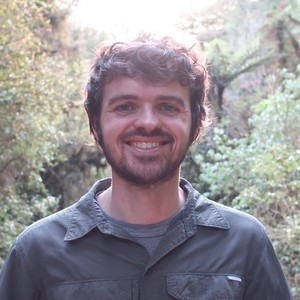