Ebola and HIV-1 are enveloped viruses that subvert the defence function of host dendritic cells as a pathogenic strategy for dissemination within the organism. Viral recognition by dendritic cells relies on Siglec-1, a cellular receptor that interacts with sugars of the viral membrane and mediates the internalization of both pathogens through the same entry pathway.
Daniel Perez-Zsolt
PhD Student, AIDS Research Institute IrsiCaixa
Follow
Like Liked by Ben Johnson and 1 other
0

Viruses are extremely simple pathogens with the capacity to cause complex diseases. To combat such a threat, our immune system is prepared to repel viral invasion. However, some of these tiny enemies subvert immune responses and promote viral pathogenesis. In 2015, I joined the Retrovirology Group based at IrsiCaixa (Barcelona), which focuses on determining how the human immunodeficiency virus type 1 (HIV-1) exploits the immune function of dendritic cells as a dissemination strategy. Previously, they had identified that the sialic acid-binding receptor Siglec-1 recognizes sialylated sugar molecules anchored on viral membranes, allowing for transmission of bound viruses to target cells1,2. Sialylated sugars are incorporated during viral budding from the plasma membrane of the infected host cell. Thus, a new question caught our attention: Are there other enveloped viruses also budding from the plasma membrane that may wear this “sheep clothing”, and thus follow the same Siglec-1 entry pathway?

By the time I joined the group, I could not imagine that the answer to this question would lead my research into the most pathogenic and deadly emerging viruses. Among the variety of enveloped viruses with the potential to interact with Siglec-1, filoviruses such as Ebola and Marburg viruses were already known to incorporate sialilated sugars on their envelope3. Moreover, as dendritic cells are key target cells of filoviral infection and participate in viral dissemination from the entry sites4, we thought that Siglec-1 could play a role in filoviral pathogenesis.

Due to the high-level biosafety procedures required to work with wild-type filoviruses, we first had to generate non-infectious Ebola Virus-Like Particles, which display the same envelope or “sheep clothing” as Ebola viruses, but allowed us to safely work in our laboratory. After so many months watching both HIV-1 and Ebola viral particles under the microscope, these small pathogens became a bit less wolves and a bit more friendly to me, and revealed us that Siglec-1 acts as an attachment factor that contributes to filoviral entry as previously described for HIV-11,2. Moreover, we generated a set of novel anti-Siglec-1 monoclonal blocking antibodies that reduced viral entry into these cells (Movie 1). I must admit that throughout this period even my own clothing suffered an important renovation: after a short stay in Paris, not only did I bring a bunch of new ideas for the next experiments, but also a brand-new envelope of Parisian prêt-à-porter!

This experience has made me grow as a researcher and has yielded the results published in Nature Microbiology. I am now prepared to write my doctoral thesis, which will culminate four years of a captivating research that continues in the lab. Looking back I am proud of the hard work accomplished, and I am also very thankful to all the people that contributed to this stage of my life. Because it is thanks to them that now I feel ready to jump to the next level of my research career, in which I would like to keep on unravelling the mysteries of these fascinating, tiny friends/foes called viruses, wearing my new postdoctoral lab coat.

Movie 1. Ebola virus and HIV-1 employ the same pathway to enter dendritic cells. Siglec-1 acts as an attachment factor for both Ebola virus and HIV-1, directing captured viruses to the same sac-like virus-containing compartment enriched in Siglec-1. From this compartment, viruses can either enter the cell cytoplasm (Ebola virus) or be transferred to target cells (HIV-1), contributing in both cases to viral pathogenesis. 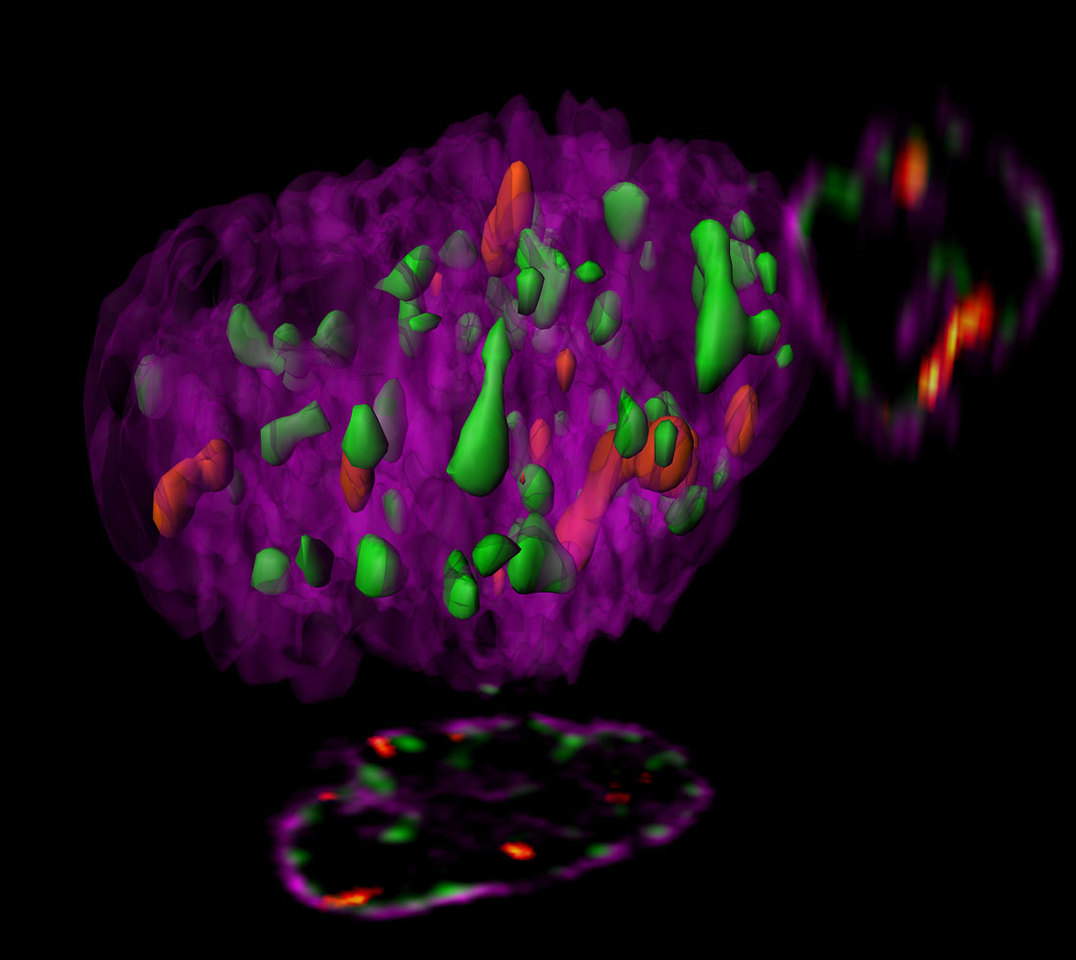 Ebola and HIV-1 are enveloped viruses that subvert the defence function of host dendritic cells as a pathogenic strategy for dissemination within the organism. Viral recognition by dendritic cells relies on Siglec-1, a cellular receptor that interacts with sugars of the viral membrane and mediates the internalization of both pathogens through the same entry pathway.