The Microbiologists’ Warning is a Consensus Statement proclaiming that microorganisms are so critical to achieving an environmentally sustainable future that ignoring them risks the fate of Humanity.
Ricardo Cavicchioli
Professor, UNSW Sydney
Follow
Like Liked by Nonia Pariente and 11 others
1

The microbial majority with which we share Earth often goes unnoticed despite underlying major biogeochemical cycles and food webs, thereby taking a key role in climate change. This Consensus Statement highlights the importance of climate change microbiology and issues a call to action for all micro…

If you, Dear Reader have microbiology training, you are invited to endorse the Consensus Statement.

The motivation for the Microbiologists’ Warning comes from the Alliance of World Scientists and the Scientists’ Warning Movement that was initiated by Bill Ripple (Oregon State University) to alert humanity to the impacts of human activities on global climate and the environment. In 1992, 1,700 scientists signed the first Warning. Twenty-five years later (2017) more than 15,000 scientists signed the Second Warning; currently 21,000+ scientists have signed, and the web-site is still taking signatures. At the heart of the Warning is a call to governments and institutions to shift policy away from economic growth and towards a conservation economy that will stop environmental destruction and enable human activities to achieve a sustainable future. A film, The Second Warning, is currently being made that aims to document scientists’ advocacy for humanity to replace ‘business as usual’ and take action to achieve the survival of all species by averting the continuing environmental and climate change crisis. Linked to the Second Warning is also a series of focused Scientists’ Warning articles (currently 36), including the Microbiologists’ Warning.

To grow the Microbiologists’ Warning, signatories are encouraged to work with their professional societies to write additional article(s) addressing specific aspects of microorganisms and climate change related to members’ expertise, and particularly to emphasize issues of national relevance.

The ability of science and society to address climate change will be considerably empowered by microbiologists, by agencies demonstrably incorporating microorganisms into their ‘thinking’, and by society gaining an enhanced appreciation for microbes through improved education in microbial literacy.

Please distribute the call through your networks of microbiology enthusiasts, both academics and students!

Back story: In 2017 I (Rick Cavicchioli) learned of the Scientists’ Warning to Humanity and added my signature to the already 15,000+ scientists who had endorsed the Second Warning, becoming part of the Alliance of World Scientists. In September 2018 I then learned that the Scientists’ Warning Movement was making The Second Warning film. Discipline specific follow-up manuscripts to the Scientists’ Warning to Humanity were also being written on topics that were readily identifiable with climate change effects, such as marine conservation, inland water conservation and coral reefs, but also on topics as diverse as indigenous knowledge and gynecologists. It provoked me to think, ‘well what about microorganisms – this needs to be included – someone must be doing this?’. And so, the idea that this should occur sat gestating away in the back of my mind.

In April 2018 I had written a piece for Greenpeace ‘Tiny organisms, massive impact’ as part of the push to create an Antarctic Ocean Sanctuary as the largest protected area on Earth. Aside from inputting due to my own interest in Antarctic research, I felt it important to highlight more broadly the relevance of the microbial world; reflecting this, my article commenced ‘The lifeforms in the ocean that don’t appear on conservation websites are microorganisms – the ‘unseen majority’...’.

In October 2018 I become emboldened enough to discuss the idea of the Warning with Ken, who as always was immensely positive and encouraging of me taking it forward. Likewise, Bill Ripple offered encouragement and noted he was not aware of anyone else holding up their hand to represent microbiologists.

So, after this extended mental rumination and discussion that was sufficient to achieve personal ‘activation energy’, I was then left pondering how to frame the work and approach delving into the literature. I settled on initially framing the Warning around articles published in Nature Climate Change (2011-2018) as a means of depicting important topics of relevance to the climate change community in which active research had been pursued where microbes were the focus (as it turned out, a small proportion) or were relevant to the subject (the remainder). I then tried to extend and fill some gaps.

After achieving a healthy draft in November 2018, I then set about contacting Editors – Nature Climate Change and Nature Reviews Microbiology. To my delight, Ursula Hofer had been working on a new article series on global change microbiology for Nature Reviews Microbiology and expressed genuine enthusiasm – how gratifyingly serendipitous that the stars had aligned on this common purpose!

Next came consideration of how best to demonstrate and garner support for the Warning. My first thought was to obtain endorsement from Microbiology societies and overarching bodies (e.g. IUMS), possibly by involving a society president or candidate member as author to represent the society. There was agreement from some societies, but also a perception from others that societies are not positioned to represent the views of all individual members. One suggestion was to first get the article published, and afterwards find support through the publication of a separate statement endorsed by others – a commentary, a manifesto, a representative call to action.

What Ursula and I settled on was the production of a Consensus Statement. This was not something I had previously been involved in and can now say, has been exciting, demanding, very educational, and a valuable exercise in ‘communal self-critique’ – both personal in terms of writing style and pitch, and factual in terms of content. Almost 100 references were added to the original draft, descriptions were improved, and examples were expanded, exchanged and clarified.

After all the ‘cats’ were finally herded, the Consensus Statement was assembled and sent to review leading to a number of further improvements and the addition of another 50 references. In fact, 284 references in total are cited – hopefully doing justice to this critical topic, yet fully acknowledging, being a long way from exhaustive.

With the wheels of production rolling, we turned to addressing ways to amplify the Microbiologists’ Warning message. What we call for is what is described up front on this page – that is, for:

A month out from publication and support from professional bodies was considerable, with calls from societies/academies/unions/federations to provide endorsement. The Microbiologists’ Warning signatory site lists endorsing organizations, with the combined and growing list of individual signatories and professional organizations illustrating the dynamic and considered support that exists within the scientific community.

There are so many beautiful reasons for why we need to put a stop to anthropogenic climate change – so many compelling reasons for taking action – and so many sensible and feasible ways for us to move beyond the Anthropocene.

There are lessons and opportunities to be learned from the most ancient and tiniest of Earth’s life forms. I hope you, Dear Reader and your networks of microbiology and ‘life’ enthusiasts will join with us and help translate the Microbiologists’ Warning.

This is the link to the signatory page: https://www.babs.unsw.edu.au/research/microbiologists-warning-humanity

Nonia Pariente
over 3 years ago

Thanks Rick for this behind the scenes look at the project, which perfectly complements the Consensus Statement. Congratulations on the monster effort on a very necessary cause! 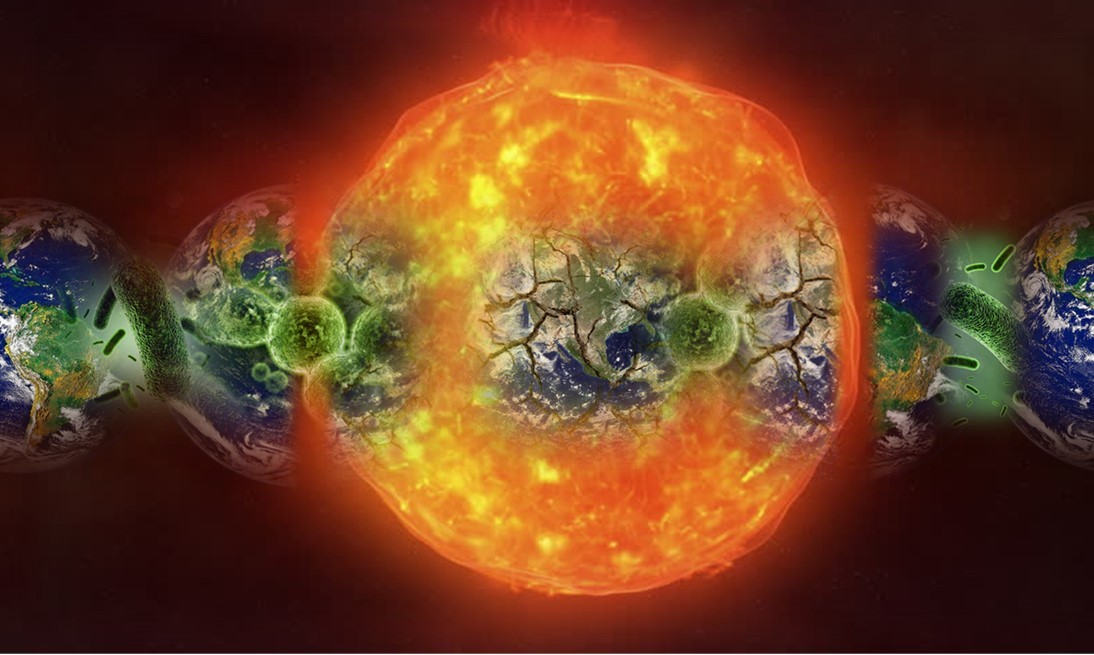 The Microbiologists’ Warning is a Consensus Statement proclaiming that microorganisms are so critical to achieving an environmentally sustainable future that ignoring them risks the fate of Humanity.