Rheosensing: how bacteria feel the flow

Combining techniques and perspectives led to insights into how bacterial cells interact with their mechanical environment.
Joseph Sanfilippo
Post-doc, Princeton University
Follow
Like Liked by Claudio Nunes-Alves and 4 others
3

A combination of microfluidic devices, transcriptomic analyses and reporter strains shows that Pseudomonas aeruginosa modulates gene expression in response to shear flow. This process, termed rheosensing, does not require known surface sensors and is regulated by the alternative sigma factor FroR.

This story is largely the product of combination. Technically, we combined the power of microfluidics and transcriptomics. Intellectually, we combined ideas from molecular biology, physics, and engineering. While the combination of techniques was relatively seamless, the combination of intellectual viewpoints took more work. Luckily, the individuals involved in this project were able to balance their desire for field-specific rigor with the excitement of interdisciplinary science. Ultimately, hours of intense conversation and debate led us to understand each other's viewpoints more clearly and move science forward.

Bacterial cells have a remarkable ability to sense environmental cues to optimize their behavior in changing environments. While it has been known for decades that chemical cues affect bacterial behavior in a multitude of ways, it has recently become apparent that mechanical cues also affect bacterial behavior. Shear flow is frequently associated with environments where bacteria thrive, such as the bloodstream and urinary tract. Therefore, we asked a relatively simple question: how does shear flow affect bacterial gene expression? Using a novel experimental approach that combined microfluidics (to apply shear flow) and transcriptomics (to measure gene expression), we discovered that the pathogenic bacterium Pseudomonas aeruginosa is able to sense and respond to shear flow through a process we named rheosensing (as -rheo is Greek for flow).

The idea that micron-scale bacterial cells can sense shear flow is exciting to biologists, physicists, and engineers alike. However, I have learned that we find it exciting for different reasons and use different terms to describe it. Not surprisingly, biologists view the problem through the lens of the bacteria, while engineers seem to view the problem through the lens of the fluid. Surprisingly, at least to me, physicists and engineers do not agree on the terms used to define fluid flow. In my experience, physicists prefer to think in velocities and forces, while engineers prefer to think in rates and stresses. While these differences are subtle and perhaps unimportant, they do present a conceptual barrier to overcome during the collaborative process.

Differences also provide a remarkable opportunity. What I view as the most important conclusion from our paper (rheosensing does not measure force) was a direct result of a conversation that brought together vastly different perspectives. At the time, we were working with the assumption that bacterial rheosensing was measuring the force of flow (known as shear force). This assumption was based off the simple intuition to associate flow with force and the fact that some eukaryotic cell types are known to sense shear force. However, in that meeting, the non-biologists in the room pointed out that the formula for shear force was quite simple and included only two variables: shear rate and viscosity. Based off this suggestion, I went back to the lab and experimentally altered the two parameters independently. Rheosensing scaled with shear rate but not viscosity. Our assumption was wrong.

As we move to understand more about how bacteria interact with their mechanical environment, we should continue to lean on interdisciplinary collaborations and search for "simple" experiments that are only simple because they combine established technologies and ideas.

Note: The artwork above was created by Matilda Luk.

Ankita Bose
over 3 years ago

Hi sir, I gave studied the abstract above. I have some doubts wrt to the bacterial view point. So in urinary tract we visualized the rheosensing  as one component which is not associated with viscosity. But, P.aeruginosa also infects mucosal membrane . There the viscosity is very high because of the mucous . So, rheosensing should reduce right. But in the text its was observed rheosensing is not affected by viscosity. So how will you address it?

Also have you seen the effect of friction on rheosensing.

Joseph Sanfilippo
over 3 years ago

With respect to the role of friction, we performed an experiment (Figure S10) that increased the adhesion of cells to the surface and increasing adhesion had no effect. Thus, it is unlikely that friction is playing a role in rheosensing.

Ankita Bose
over 3 years ago

Thank you for the clarification sir. 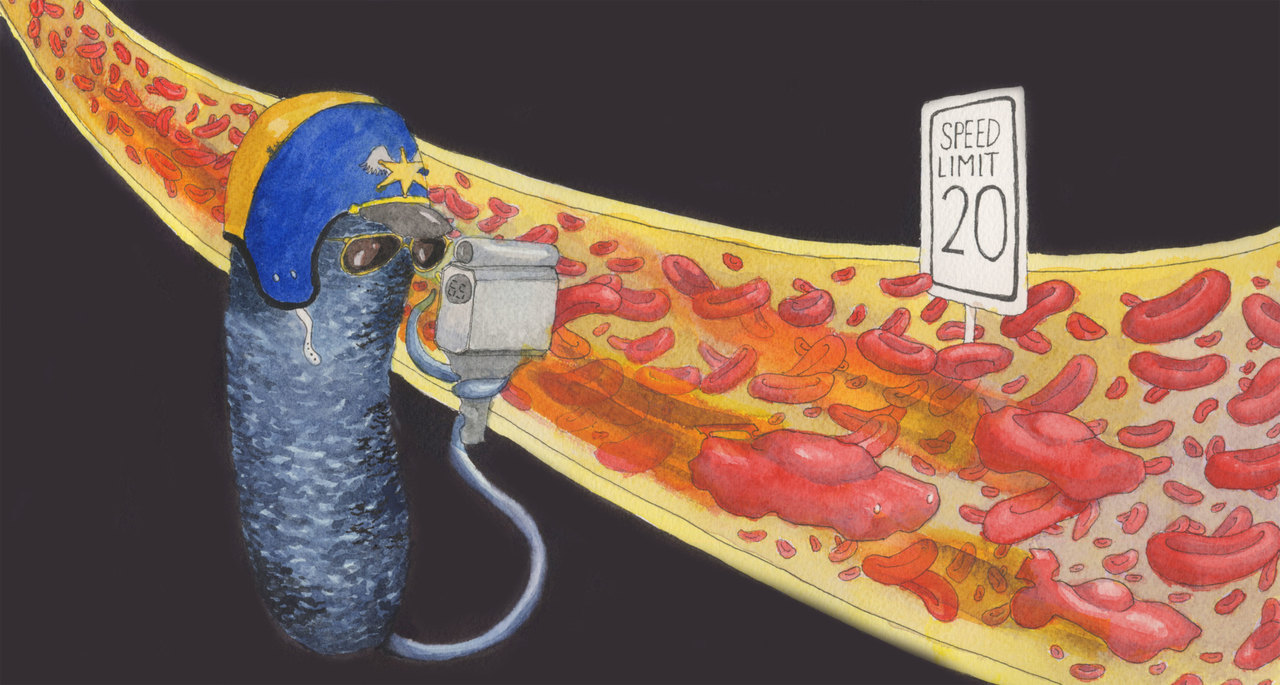 Rheosensing: how bacteria feel the flow

Combining techniques and perspectives led to insights into how bacterial cells interact with their mechanical environment.