I completed my PhD in Cell Biotechnology and Microbiology in August of 2016 and I had several months to spare before I could start my post-doc fellowship with Prof. Alex Loy at the Division of Microbial Ecology (DOME, University of Vienna) in the Spring of 2017. Luckily, my PhD advisor at the time, Prof. Lisa Stein, had just established a collaboration with Prof. Michael Wagner and Prof. Holger Daims (also at the University of Vienna) on the recently discovered complete ammonia-oxidizing bacteria (‘comammox’, see ref. 1 & 2). This behind-the-paper is the story of how my short post-doc, buoyed by the help of my colleagues, turned into a very productive period leading to several unexpected insights into the biology of these fascinating microbes.

Starting this project was quite an adventure at the time because I focused mostly on methane metabolizing microbes during my BSc and PhD. Though I had scarcely worked with ammonia oxidizing organisms before, I was due to family reasons very familiar with them. Ammonia oxidizers were actually the main topic of study in the lab where my wife and I did our PhDs and my wife studied the reactive nitrogen metabolism of these organisms during her doctoral thesis. Even with this background, I was more familiar with ammonia- and nitrite-oxidation being performed separately by distinct organisms, and not in a single ‘complete’ nitrifier.

Where did our research questions come from?

Nitrifiers are known to emit nitric oxide (NO), which contributes to acid rain, and nitrous oxide (N2O), an ozone-depleting greenhouse gas ~300 times more potent than carbon dioxide (CO2) 3. Given that, one of the central questions that emerged about comammox in the months before I arrived in Vienna was whether these organisms also emit NO/N2O and what conditions might support/control these process(es). Months prior, my wife had just published the last manuscript from her PhD which showed that ammonia-oxidizing bacteria (AOB) require the activity of a nitric oxide reductase (Nor) to denitrify NO to N2O under low oxygen conditions and that oligotrophic AOB (which lack nor genes) produce enormous quantities of NO during aerobic ammonia oxidation, which is then abiotically converted to N2O 4. These observations would prove to be critical. When I arrived in Vienna, we already knew that all the available comammox genomes lacked nor genes. However, I was not convinced that the presence or absence of nor genes alone would be predictive of whether comammox bacteria could produce NO/N2O under low oxygen conditions. Indeed, it turned out to be a much more complicated story.

Testing our hypotheses in the lab

To resolve this gap in our understanding of comammox, we measured NO and N2O accumulation/depletion in vials containing N. inopinata biomass under various conditions using: 1) short-term and real-time quantification the gases using microsensors and 2) longer incubations with dilute cultures to measure N2O yield using gas chromatography and N2O source using IRMS (which our wonderful colleagues Holger Wissel and Nicolas Brüggemann at the Forschungszentrum Jülich did for us). The NO measurements proved to be especially tricky. The NO microsensor was so sensitive to vibration and electrical noise that a hastily shut door two hallways away or someone rolling a cart down the hallway could easily cause the sensor to clip (i.e. exceed max voltage) and ruin a days worth of data collecting. We worked with N. inopinata because it is the only pure comammox culture in the world5.

But before we could even jump into doing these experiments, the first challenge was to grow the biomass. This proved to be a considerable challenge, not only because these comammox organisms double about every 2 days but also because they tolerate only relatively low nutrient concentrations (medium ~50 times more dilute in substrate than Escherichia coli growing on glucose). Incubating a freshly transferred culture of Nitrospira inopinata that has just been amended with 1 mM NH4+ for two weeks left a lot to be desired – the culture still looked like clear drinking water to me. Practically, this means that growing a half litre of culture requires 2 to 4 weeks. Since every experiment using the microsensors required about 0.5 L of culture, we needed many months to grow up the approximately 20 L needed to finish all of the experiments (including the other organisms in the study).

As I completed the 6-month post-doc, the work was only partially done and I was moving on to study sulfur and hydrogen metabolism in the mammalian gut with Prof. Alex Loy. It would take at least another six months of lab work to finish this manuscript; a half-year where my colleagues – Man-Young Jung and Chris Sedlacek – did the majority of the work to make the liters of medium and culture we would need to finish the story. Craig Herbold, Petra Pjevac, Shurong Liu, and Julia Vierheilig also put in a lot of time and effort. In the end, this 6-month post-doc was indeed a very productive time for me but would have been inordinately difficult without the help of my colleagues at DOME.

In the end, we were able to obtain several novel and partially unexpected insights6. We demonstrated that N2O formation in the headspace of cultures of N. inopinata is not influenced by O2 levels and that the N2O originates from abiotic processes (NH2OH decomposition). This means that comammox organisms may release less of the environmentally harmful NO/N2O gases into the atmosphere than other nitrifiers, while growing in their natural habitat. Another significant and unexpected finding was that comammox bacteria were inhibited by the NO scavenger, PTIO, which is commonly used in studies as a selective inhibitor of AOA. Overall, our study provides some much needed physiological data on the first ever isolated comammox culture. Our hope is that the results of our work will provide a better basis for understanding the relative contribution of these enigmatic nitrifiers to N2O production in natural and engineered environments. Armed with physiological insights, microbial ecologists might also manage in the future to manipulate the composition of nitrifying microbial communities in agricultural soils and wastewater treatment plants in a targeted manner. Increasing the abundance of the eco-friendly comammox bacteria in such systems might help to reduce nitrous oxide emissions and lead to improved ammonia effluent concentrations in treated wastewater due to the high substrate affinity of these organisms5. 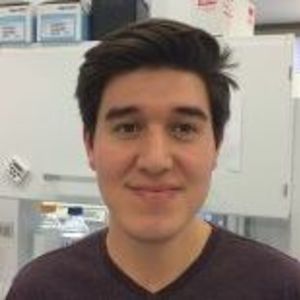