The Art of Killing a Superbug

The Perfect Predator, an exciting new book, is a chilling and inspiring account of a couple's heroic struggle for survival, against an incurable infection
Madhukar Pai
Associate Director, McGill International TB Centre
Follow
Like Liked by Ruth Milne and 2 others
1

I remember drawing the image of a bacteriophage when I was in high school. It is probably one of the few microorganisms that anyone can draw using a pencil and a ruler! I was amazed to learn that they were actually viruses that preyed on bacteria! Until I read The Perfect Predator, I had no idea that we could potentially tap into these natural, perfect killing machines to tackle drug-resistant infections.

Antimicrobial resistance (AMR) is one of the biggest threats to global health today. For decades, we took antibiotics for granted, and used (abused, often) them freely. It is estimated that 700,000 people die of resistant infections every year. We now have extensively drug-resistant forms of gonorrhea, typhoid, malaria, tuberculosis, and a whole bunch of hospital-acquired infections that are nearly impossible to treat.

In 2014, alarmed by the rise of AMR, the then Prime Minister of UK asked economist Jim O’Neill to analyse the global problem of rising drug resistance and propose concrete actions to tackle it internationally.

In 2016, The Review on Antimicrobial Resistance was published. This important and influential report estimated that by 2050, 10 million lives a year and a cumulative 100 trillion USD of economic output are at risk due to the rise of drug-resistant infections if we do not find proactive solutions now to slow down the rise of AMR.

One of the major recommendations of The AMR Review was that we need new drugs to replace the ones that are not working anymore because of resistance. We have not seen a truly new class of antibiotics for decades. Given the lack of industry interest in antibiotic development, are there other novel approaches worth exploring?

Global health expert and infectious diseases epidemiologist at UCSD Steffanie Strathdee and her husband, psychologist Tom Patterson (photo below), hit upon the approach of treating an extremely drug-resistant case of Acinetobacter baumannii infection with bacteriophages. Their solution arose from sheer desperation. Tom was dying in the ICU, and they had run out of options.

The book begins with Steff and Tom vacationing in Egypt when Tom came down with a stomach bug. Steffanie dosed Tom with Cipro, an antibiotic, and expected the condition to resolve. Instead, his condition turned critical. Local doctors at an Egyptian clinic, an emergency medevac team and then a German hospital failed to cure him. By the time Tom reached the ICU at UC San Diego, where both he and Steff worked, Tom had a serious case of sepsis with acinetobacter that soon became resistant to all drugs.

Out of sheer desperation, Steff did her own research on alternative therapies, and hit upon the idea of using phage to target and kill the acinetobacter. Thankfully, she had the full support of the physicians at UCSD, especially Robert Chip Schooley, a professor of medicine at UCSD Medical School. Together with an array of phage experts from around the world (including those at Texas A&M, as well as the US Navy), they managed to identify sufficient numbers of phages that were active against Tom's A. baumanii strains (photo below), make sufficient quantities for the therapy, and purify them to meet FDA standards for investigational human use.

I simply could not put down the book. It reads like a fast-paced, detective thriller. In addition to the gripping human drama, the book is full of amazing, solid, scientific work. In the end, after 8 weeks of phage therapy (combined with antimicrobials, which apparently worked better after phage therapy was started), Tom's infection improved, and he was discharged from the hospital, 9 months after he fell sick.

Although the story had a happy ending, Steff and Tom use the book to argue for more research in finding novel therapies for AMR. They advocate for rigorous clinical trials on phage therapies, to make sure the field advances beyond compassionate use in desperately ill patients. Trials are required not only to prove the safety of phage therapies but also demonstrate their clinical efficacy, with and without concomitant anti-microbial therapy. It is quite possible, from Tom's case study, that some superbugs might require both phage treatment and antimicrobial therapy.

It is wonderful to note that Steff and Chip now co-lead the Center for Innovative Phage Applications and Therapeutics (IPATH) at UCSD, where they are doing innovative work to push the agenda on phage-based therapies for AMR. Personally, I would love to see such work extend to my own field of TB, where drug resistant TB is a major killer, and incurable strains of TB are being increasingly reported, and very few new anti-TB drugs have made it to the market in decades.

Acknowledgements: I am grateful to Steff Strathdee for generously sharing photographs and for her inspiring advocacy in the area of global health, women in STEM, and infectious diseases.

Srinath Satyanarayana
over 3 years ago

Thanks Madhu for writing about this book. Its thought provoking. 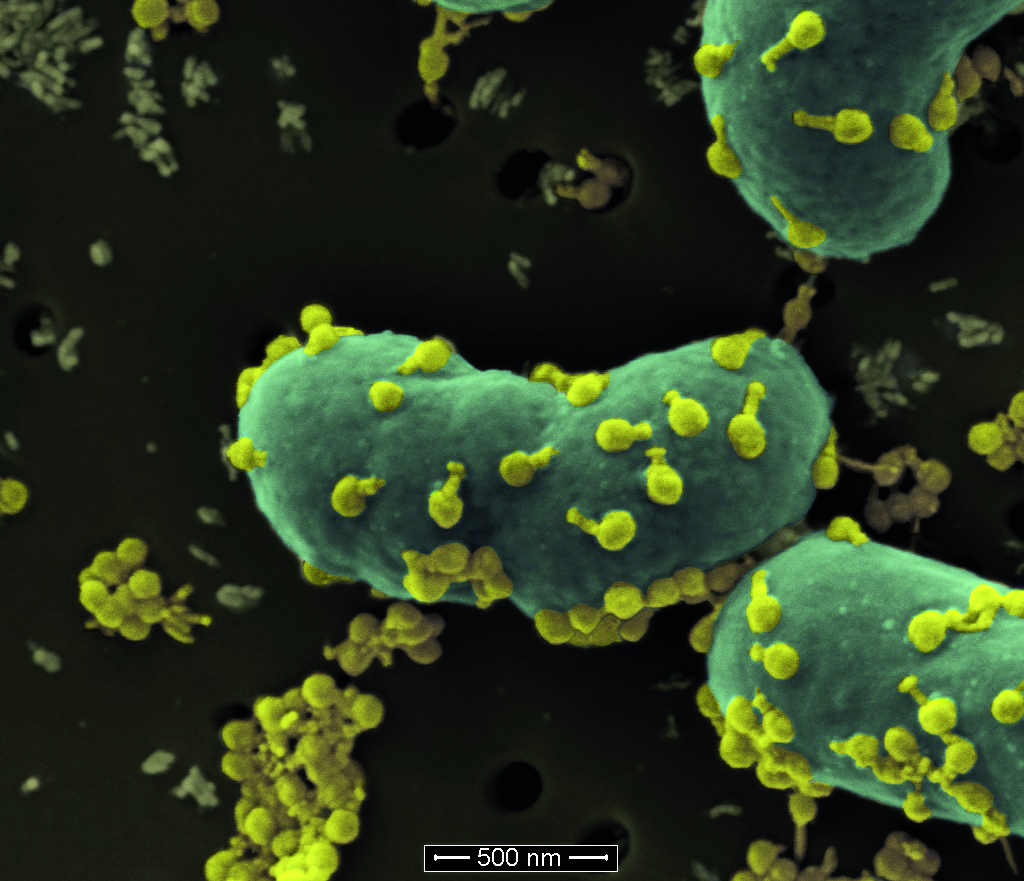 The Art of Killing a Superbug

The Perfect Predator, an exciting new book, is a chilling and inspiring account of a couple's heroic struggle for survival, against an incurable infection