Read all about the editing of the microbiome using CRISPR-Cas system in our new review
Gayetri Ramachandran
Creator, Microtalks
Follow
Like Be the first to like this
0

We are the carriers of an entire universe of bacteria, fungi and viruses. In recent years, researchers have been able to identify the links that exist between the bugs residing in our gut and the various physiological processes carried out in the body. Be it neurological, metabolic or immunological in nature!

Studies have shown that bacterial content in the gut can change, by means including your eating habits, travelling, consumption of probiotics, prebiotics and/or, antibiotics, etc.

We looked at how over the last few years CRISPR-Cas technology has been utilised to engineer bacteria, yeast and other single-celled eukaryotes which form the microbiome and the development of microbial therapies.

Previously, three types of microbial therapies had been proposed additional, subtractive and modulatory. As additive therapy, we suggest the use of designer probiotic strains modified by CRISPR-Cas systems. Subtractive approach is the elimination of pathogenic strains using either lytic phages (recently shown to be engineered using CRISPR-Cas) or even delivery of CRISPR-Cas systems as antimicrobial agents to reduce the population of target bacteria. Modulatory therapies include the utility of dead Cas proteins to regulate the expression of genes and using the engineered temperate phages to modulate the composition and activity of bacteria in the microbiome.

We highlighted the various bacteria for which CRISPR-Cas is being readily used to engineer their genome. We touched upon the types of modifications that could be made including the use of dead Cas systems. We also found that model bacterial species like E.coli and Bacillus subtilis are preferred over more difficult-to-modify bacteria. It is partly because we lack methodologies and tools to grow and to manipulate them, which should change in the future.

The review talks about the use of CRISPR-Cas systems to engineer not just bacteria but also phages and using them as alternatives to antibiotics, given the rise of antibiotic resistant bugs in the world.

Although there has been significant growth in the field of both microbiome studies and CRISPR-Cas technologies, we still need more insight into outcomes of a modified microbiome to finally use it for therapeutic purposes. 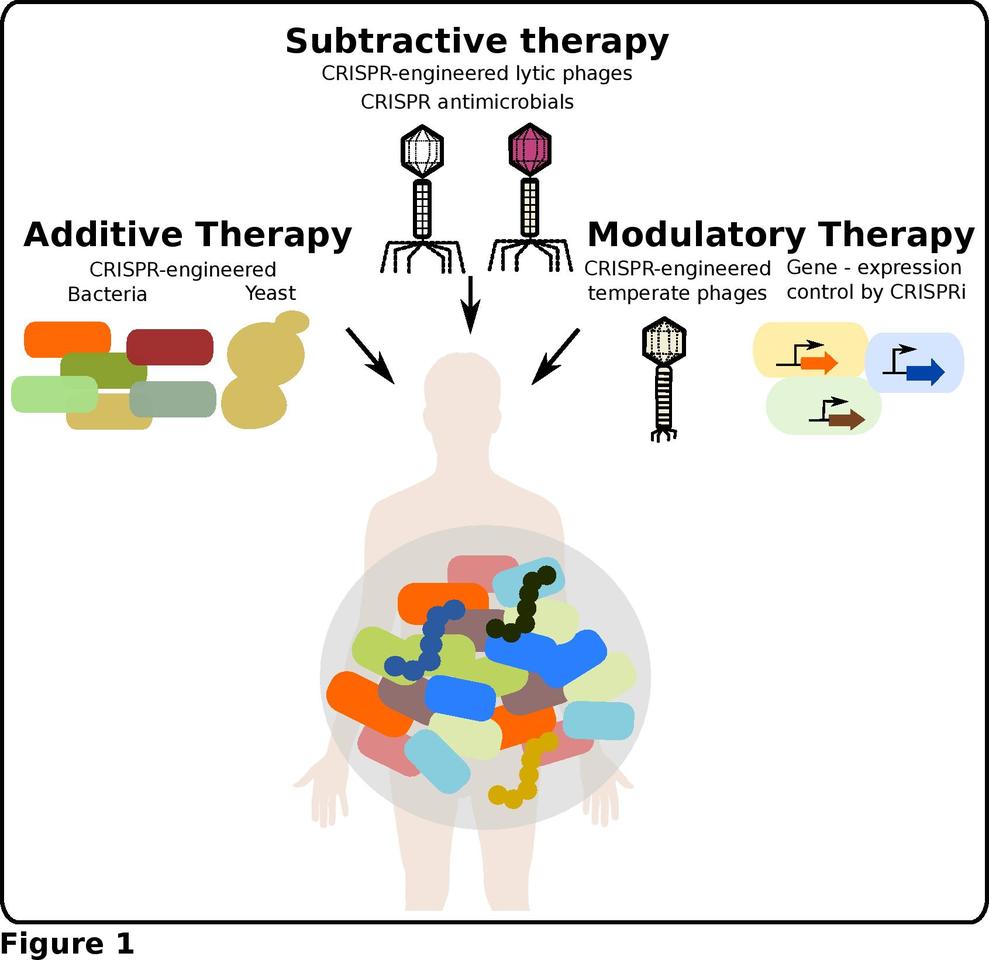