Here, the authors characterize the symbiotic relationship between Haliclona sponges and its intracellular symbiont. The symbiont has a highly streamlined genome, yet retains a plasmid with the biosynthetic gene cluster for production of the defence chemical renieramycin and lives within chemobacteri…

Natural product chemists often discover molecules of the same kind from even the most evolutionarily distant organisms (e.g. sponges vs. beetles). From years of isolating natural products from marine organisms, I have often observed similar compounds in disparate organisms, or occasionally, a strong association between a particular molecule and a specific host. These patterns (consistent vs. sporadic association) can often be explained by probing the biosynthetic and genetic origins of the compounds.  Such investigations frequently reveal that associated microbes are responsible for natural product synthesis, and the variation in the biosynthetic gene clusters explains the macroscopic variation of particular natural products in the environment.

The renieramycins are a good example. They belong to the saframycin family of tetrahydroxyquinolinequinones (THQs) but uniquely contain angelic acid residues. Further, renieramycins have only been isolated from a specific group of sponges and nudibranch mollusks, who prey on these reneiramycin-containing sponges. Other known THQs have been isolated from distantly related bacteria and animals. How did this core structure spread in nature? The renieramycin family is an unanswered piece of this puzzle with yet unknown origins. We therefore set out to first answer this basic question- where do renieramycins come from?

The roadmap we planned was straightforward: we expected to identify a saframycin-like nonribosomal peptide synthetase (NRPS) gene cluster harbored by a bacterial symbiont of a renieramycin-containing sponge. It also crossed our minds that the symbiont in question could turn out to be Candidatus Entotheonella sp., sponge symbionts that have been shown to be extremely prolific producers of natural products. We further planned that once we had identified the gene cluster and producer, we would express the gene cluster in a heterologous host to produce renieramycins.

We got the gene cluster right. The renieramycins are NRPS products, similar to saframycins and safracins. We showed this by characterizing one of the precursor modifying enzymes. But while this was acceptable, our original plan was the complete heterologous expression of the gene cluster. I spent the first 6 months on the project trying to do this, but was unsuccessful. There is regulation, toxicity, and other factors that may be responsible for the difficulties we experienced in expressing these metabolites, which has, unfortunately, been the norm when expressing similarly complex pathways from obligate symbionts.

We then shifted gears to understand the biology of the producer and the rest of what we found was both unexpected and fascinating. In a Russian doll-like manner, the renieramycin gene cluster is in a circularized plasmid, the plasmid belongs to a minimized bacterium, this bacterium resides in a special kind of sponge cell. This system also appears to be the only source of natural products in the sponge when we looked at the biosynthetic capacity of the whole sponge metagenomes. All these details are interesting because they are uncharacteristic of what is typically found in sponges: a large biosynthetic capacity by different bacteria living extracellularly in the sponge mesohyl.

The task of identifying the bacterial producer became our major challenge. In all four samples that we studied, the plasmids were circularized and apart from their bacterial chromosomes. We did not have access to fresh samples so isolating the strain was near impossible. Our samples were generously provided from the Ireland and Schmidt labs’ collections and were originally collected more than a decade ago. In fact, I sent them off to Princeton when I was a graduate student in the Schmidt lab (in 2014), only to work on them as a postdoc in the Donia lab a couple of years after. These finger-size sponges were preserved carefully enough that we were able to extract ample genetic and chemical information from a few centimeter slices. Every cut was precious.

With these at our disposal, our goal was to localize the plasmid and bacterial producer together in the sponge. By metagenomics we identified a candidate strain that binned with the plasmid upon cell sorting. Both were found in a fraction that contained the largest particles. This was the key insight giving us a clue that the bacterium resides in a bigger cell, consistent with its reduced genome and expected lifestyle. This discovery of uniquely large bacteriocytes allowed us to capture these cells, ask what genetic material exists in them, and show that the renieramycin gene cluster belongs to the producer Ca. E. renieramycinifaciens.

This finding that renieramycins are made by intracellular bacteria opens up new avenues and more questions. How common are intracellular symbionts in sponges, and especially those that produce defensive chemicals like the renieramycins? How old are these types of symbioses? Considering that sponges are very primitive metazoans with only a few types of specialized cells, what are the mechanisms involved in compartmentalization of a specific symbiont? From comparison of the THQ gene clusters we can now show that THQs from symbiotic bacteria, Ca. E. renieramycinifaciens and Ca. E. frumentensis, the producer of ecteinascidins, are more closely related to each other than the free-living THQ producers. This gets us closer to answering how this core structure has spread in nature.

Finally, this study is a good example of a scientific project that was motivated by two simple questions (how are the renieramycins produced in marine sponges, and can we use synthetic biology to produce them in the lab?), but ended up pushing us in a completely different, much more challenging and unanticipated direction: studying intracellular symbiosis in the oldest living animals – and we were extremely happy with this shift! 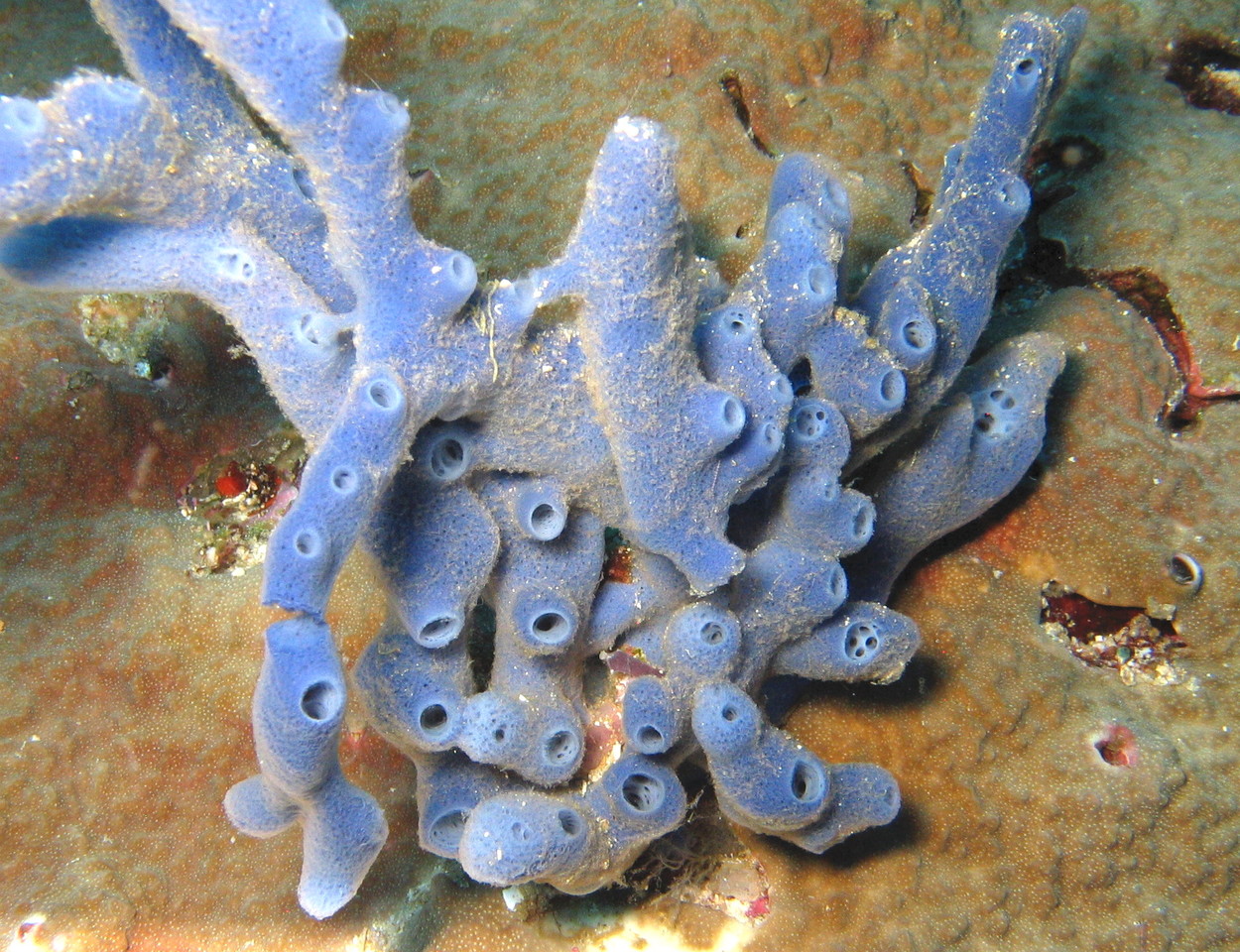