How does the RTS,S malaria vaccine work?

Malaria is caused by parasites of the Plasmodium spp. genus, which are transmitted to humans by infectious mosquitoes. Since 2000, there has been a significant reduction in malaria burden, largely attributed to the up-scaling of anti-malarial drugs and vector control measures. However, their effectiveness is threatened by the emergence and spread of drug and insecticide resistance. Furthermore, malaria burden still remains high and accounts for an estimated 200 million clinical cases and half a million deaths each year [1]. Collectively, this highlights the need for novel anti-malarial interventions, and a priory of the WHO and funding partners is to develop a highly efficacious and long-lasting malaria vaccine [2]. Currently, only the RTS,S vaccine candidate has progressed to Phase 3 clinical trials. This landmark study was conducted in children and infants across 11 study sites in sub-Saharan Africa, and RTS,S vaccination was ~30-50% efficacious (depending on age group) against clinical malaria in the first year after vaccination [3]. While these findings were promising, vaccine efficacy was still considered suboptimal overall, and relatively short-lived.

Efforts to improve RTS,S will be important for developing a next-generation vaccine with greater efficacy and longevity in target populations. This has been challenging because we do not completely understand what immune responses confer protection against infection and disease, and therefore lack strong correlates of protection. RTS,S is known to induce potent antibody responses to the target antigen, circumsporozoite protein (CSP), but the functions of these antibodies are largely unknown [4].

Therefore, to address these questions we investigated the functional mechanisms of RTS,S-induced antibodies, using samples obtained from a Phase 2b RTS,S clinical trial conducted in children resident in Mozambique [5].

We demonstrate that RTS,S vaccination induced antibodies that could interact with human serum complement proteins. This ability to interact with, or ‘fix’, complement is required to then activate complement, and we have previously established that antibody-complement activation can kill the malaria parasite in vitro [6, 7]. Furthermore, complement-fixing antibodies have been associated with protection against clinical illness in a longitudinal study of children naturally exposed to malaria [7]. Therefore, the induction of complement-fixing antibodies by RTS,S suggests these antibodies may contribute to vaccine-induced immunity and protection.

Our findings encourage further investigation of complement-fixing antibodies induced by RTS,S vaccination, and whether this response is a correlate of protection. Greater understanding of these immune responses can guide the development of a next-generation vaccine that induces potent functional immune responses, and confers high levels of protective efficacy that is long lasting.

Image of a sporozoite, the target of the RTS,S malaria vaccine (Image copyright Bergmann-Leitner ES et al, PLOS ONE, 2010) 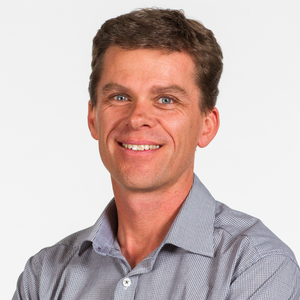 James is a public health physician and PhD graduate who has worked on the pathogenesis and immunology of malaria for many years through clinical and population studies and clinical trials. The major focus of his research is aimed at understanding the targets and mechanisms of protective immunity to malaria in humans, how protective immunity is acquired and maintained, and using this knowledge to advance malaria vaccine development and evaluation.
Follow