In marine environments, including coral reef ecosystems, all biomes are fundamentally dependent on their microbial constituents (Azam and Worden 2004). About 98% of reef-building corals contain endolithic microbes (Le Campion-Alsumard et al. 1995), and those endoliths contribute to the high biomass of corals (Odum and Odum 1955, Rosenberg et al. 2007, Schönberg and Wisshak 2012).
Among the endoliths in coral skeleton, aerobic microbes and green algae Ostreobium has been found in diverse live corals and is considered a coral symbiont because of its role of both microborer and primary producer (Schlichter et al. 1995, Del Campo et al. 2017). Besides, the endolithic microbes are related to new nitrogen input and process nutrient regeneration in coral reefs (Shashar et al. 1994, O’Neil and Capone 2008, Cardini et al. 2014).

In addition to aerobic endolithic microorganisms, anaerobic photoautotrophic green sulfur bacteria (GSB) Prosthecochloris has been constantly found in the skeleton of coral Isopora palifera with a relative high abundance (Yang et al. 2016). Recently, anaerobic microbes are considered as one of the major contributors to the high diversity characteristics of the coral holobiont. However, due to technical challenges, their distribution, as well as their functions, remains poorly characterized despite considerable belief on the critical role they may play in the coral physiology and response to environmental stressors.
Why can GSB prevail in the skeleton of Isopora palifera? What are their functions? These are core questions of this study. Hence, we conducted multi-level approaches—including metagenomic, anaerobic cultivation, pigment analysis, ultrathin-section transmission electron microscopy, fluorescence in situ hybridization, nanoscale secondary ion mass spectrometry (FISH-NanoSIMS) and acetylene reduction assay (ARA)—to understand and clarify the role of the endolithic GSB in the nutrient cycle.

We suggest that the composition of endolithic microbes is more likely to be diverse and dynamic than previous understanding, and special micro-environmental factors in the skeleton should be paid more attention. Besides, the growth conditions and physiological, cellular and genomic features of the GSB are strongly linked with specific environmental factors: that is, light and oxygen although there can be other environmental factors as well. We believe that this study pointed out the value of anaerobic metabolisms when studying coral holobionts and the evolution of CAP and their coral hosts. The further information can be found in our paper (Yang et al., 2019,  Microbiome 7:3)

(Dr. Shan-Hua Yang, the first author, and the culture of endolithic GSB) 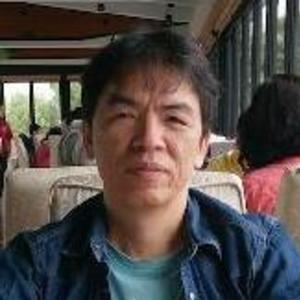