It is well known that biofilm structural heterogeneity can include small liquid channels at the attachment surface. This can allow molecular mass transfer between the lowest levels of the biofilm, thus preventing build up of by-products and potentially providing some nutrient and other essential chemical species. Let's watch its formation in a time-lapse video.
Jesse Greener
Professor, Université Laval
Follow
Like Liked by Ramona Khanum and 2 others
0

The anchoring biofilm layer is expected to exhibit a different response to environmental stresses than for portions in the bulk, due to the protection from other strata and the proximity to the attachment surface. The effect of hydrodynamic stress on surface-adhered biofilm layers was tested using a…

To control the growth of the biofilm as much as possible, we cultivated it in a microchannels. Thus initial sessile bacteria and the subsequent biofilm were subjected to steady laminar flow streams and controlled shear stresses, along with a constant supply of fresh nutrient medium. The video below shows time-lapse confocal imaging within 10 µm of the attachment surface. After rapid proliferation, a semi-uniform coverage was obtained. After about 25 hours the biofilm started to grow away from the attachment surface toward the z-direction and a restructuring process  began. During this process, the semi-uniform coverage gave way to a skeletal pattern, which is likely the precursor to the well known "mushroom" structures that is exhibited by many biofilms from bacteria of the Pseudomonas genus, including the species used here (equivalent to P. fluorescens CT07 a motile, gram negative, rod-shaped tagged with a chromosomally integrated green fluorescent protein). Once formed, these skeletal structures persisted for the duration of the measurement (90 hours). This video clip shows on the first 43 hours. To our knowledge, this is the first visualization of the restructuring process, from this perspective.

This work feeds our goal of transforming bacterial biofilms to functional catalytic biomaterials using excellent control over growth conditions in microchannels. Stills from this data series, along with surface sensitive infrared spectroscopy were used to support electrochemical impedance spectroscopy measurements of the biomass and surface structure and their sensitivity to hydrodynamic conditions.[1]

Where Can I Publish My Global Health Blog Post or Op-Ed?

Gallery, About the Community

Thanks again, we've doubled our followers 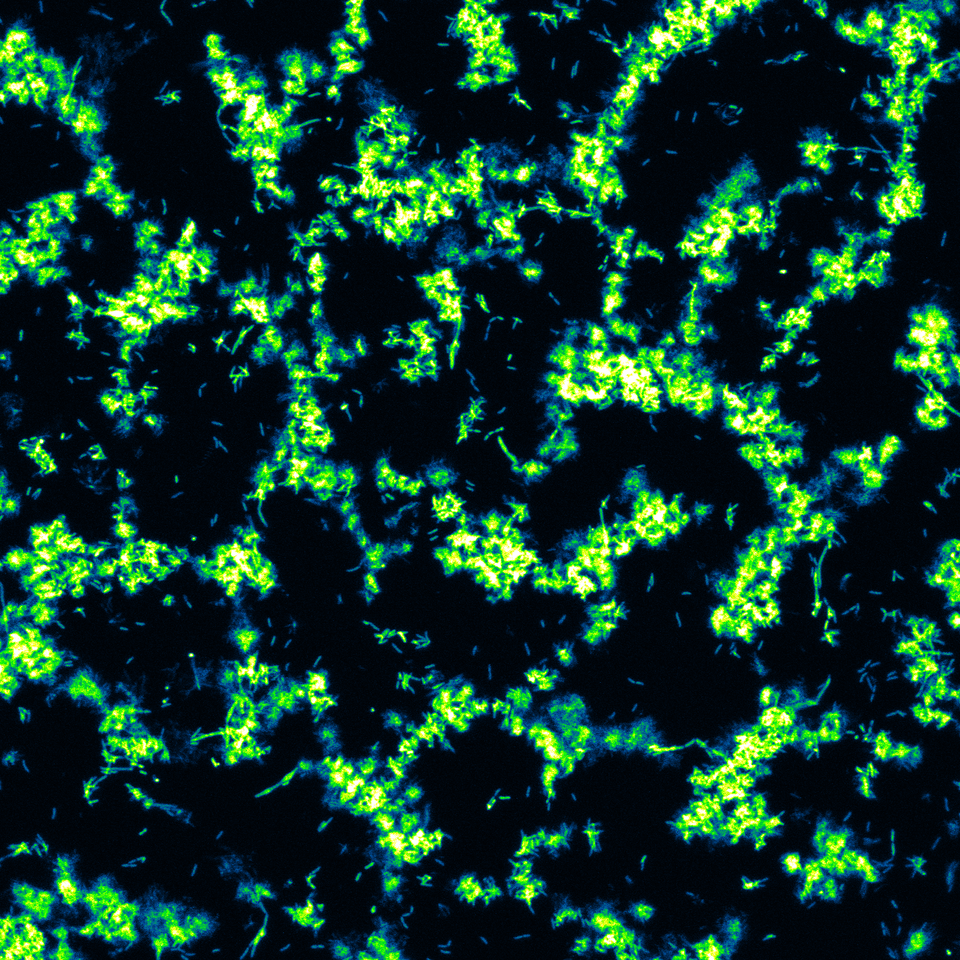 It is well known that biofilm structural heterogeneity can include small liquid channels at the attachment surface. This can allow molecular mass transfer between the lowest levels of the biofilm, thus preventing build up of by-products and potentially providing some nutrient and other essential chemical species. Let's watch its formation in a time-lapse video.