A community from Nature Microbiology
Contributor npj Biofilms & Microbiomes
Behind the paper, ​SCELSE

Community assembly mechanisms might be another reason why bacterial diversity does or does not peak at intermediate levels of disturbance, and also why ecosystem function differs in replicated microbial systems.

Microbes drive the biogeochemical cycles on Earth, yet how they respond to perturbations like anthropogenic pollutants is poorly understood. As human impact continues to increase worldwide, foreseeing how disturbances will affect microbial communities and the ecosystem services they provide is key for ecosystem management and conservation efforts. This is why in the Stefan Wuertz lab at the Singapore Centre for Environmental Life Sciences Engineering (SCELSE) we design experiments aimed to understand the effect of perturbations on bioreactors for wastewater treatment. Such bioreactors constitute model systems for microbial ecology [1], as they harbor microorganisms from all domains of life (Fig. 1) and provide a measurable and controllable ecosystem function that plays a key role for human health. Since microbial communities drive the ecosystem functions in bioreactors, ecological theory plays a paramount role in aiding our understanding of processes by providing organization, structure and predictive power [2].

This study was part of my Ph.D. dissertation at the University of California, Davis, under Prof. Wuertz’ supervision, which aimed to integrate the concepts of disturbance-diversity-performance in sludge bioreactors from an interdisciplinary perspective involving the fields of engineering, molecular biology, ecology and statistics. Funnily, it all started with a conversation over some beers between Stefan, Hari and myself on a hot July afternoon in 2014. Hari was in the final phase of his Ph.D. and Stefan had brought me to SCELSE during a summer break of my coursework to train with him on the operation of bioreactors under sustained 3-chloroaniline perturbation. We were looking for ideas on perturbation-type experiments and that day Stefan began by saying: “Here’s some inspiration”.  It turned out he had recently listened to a seminar by Tom Battin at SCELSE’s  summer course where the intermediate disturbance hypothesis (IDH) was mentioned as part of established ecological theory, which had not yet been tested in complex microbial systems. The IDH predicts that diversity should peak at intermediate levels of disturbance due to trade-offs between species’ ability to compete, colonize ecological niches, and tolerate disturbance [3]. As we read more about it, we got excited and designed a microcosm experiment to test the effect of different frequencies of addition on 24 replicate 20-mL sequencing batch bioreactors operated at eight varying frequencies of 3-chloroaniline addition as disturbance for 35 days.

We started by using T-RFLP of the 16S rRNA gene, because we knew this was a fast fingerprinting technique that would allow us to capture the changes in diversity driven by the most abundant taxa [4]. When first analyzing the results, a clear parabolic pattern of alpha-diversity across the disturbance range emerged by day 35. I thought: ‘Hooray! So the IDH holds for microbes too!’ However, reactors showing higher alpha-diversity did not have the best performance in terms of organic carbon removal and nitrification. ‘So higher community diversity does not translate into better ecosystem function?’ Moreover, I quickly grew frustrated by the observed variability in beta-diversity and ecosystem function values across identically operated replicates at intermediate levels of disturbance, which was contrasting with the high similarity across replicates for the extreme, undisturbed and press-disturbed, ends of the disturbance range. As all replicates were treated equally across different levels of disturbance range, I expected them to cluster similarly in terms of b-diversity and have a similar process performance output. ‘Of course there had to be something that didn’t work’ (sad-sigh). Thus, more questions arose: What could be causing this within treatment dissimilarity at intermediate levels of disturbance? Why are replicates more similar at the extreme sides of the disturbance range? Enter community assembly mechanisms.

But first, we decided to validate our bacterial community data with a non-PCR based sequencing method. We turned to Daniela at the sequencing handling facility at SCELSE and did metagenomics sequencing on all 24 bioreactor's samples at day 35. Florentin jumped in to help with the bioinformatics and to compare the beta-diversity profiles from T-RFLP and metagenomics, which turned out to be similar. The alpha-diversity patterns were also parabolic for metagenomics data. This was comforting, as it implied that the bacterial community patterns observed were similar regardless of the molecular method employed, 16S rRNA gene fingerprinting or shotgun metagenomics sequencing. Then, we incorporated a null model analysis from ecology [5] to assess the contribution of stochastic assembly mechanisms across different disturbance levels. The model measured the effective bacterial turnover expressed as a proportion of total bacterial diversity and ran 10,000 random simulations of bacterial turnover to obtain an average beta-diversity expected by chance for comparison. The results revealed that intermediately disturbed levels showed the highest levels of stochastic intensity. ‘Cool!’

Such observations inspired our ‘intermediate stochasticity hypothesis’ (ISH), proposed to predict bacterial community shifts in diversity and ecosystem function, when given a range of possible disturbance types, in a well-replicated time-series experiment (Fig. 2).

Our study showed that changes in bacterial community diversity can accompany variations in the underlying deterministic-stochastic assembly mechanisms. Disturbances could promote stochastic community structuring, which despite harboring higher diversity could lead to variable overall function, possibly explaining why after similar perturbations the process outcome differs (blog’s poster image). We believe that these findings are relevant for managing complex microbial systems, which could display similar responses to disturbance, like oceans, soils or the human gut. 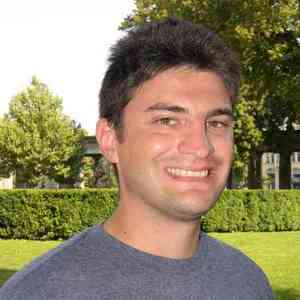