In the age of eukaryotic sequencing, costs are going down and efficiencies are going up. However, these advancements are lagging behind for those studying yeast. Now, a novel yeast RNA-seq method has been developed to view transcriptional architectures at the single-cell level, uncovering things that would otherwise have remained hidden in the noise of conventional experiments using cells collected in bulk. It is the cheapest and most efficient single-cell RNA-seq protocol in yeast to date.
Mariona Nadal
Postdoctoral Fellow, Institute for Research in Biomedicine (IRB Barcelona)
Follow
Like Liked by Celia Fortuna Rodrigues and 3 others

By combining a yeast single-cell RNA-seq method that counts transcript start sites in a strand- and isoform-specific manner with index sorting, the authors uncover a linear relationship between cell size and RNA content and extreme cell heterogeneity in the expression of metabolic genes.

The current state of sequencing

Since its inception over a decade ago, RNA sequencing has proven itself to be an indispensable technique in the molecular biologist’s toolkit. It is now the go-to method for detecting when, where, and in what quantities genes become expressed in populations of cells collected from cell culture or tissues. The technique is incredibly limited, however, in that it only offers a generalized view of transcriptional activity averaged out over hundreds of thousands of input cells.

More recently though RNA-sequencing technology has been stretched to its limits, by decreasing the amount of necessary input down to just one cell. In this way, single-cell RNA sequencing (scRNA-seq) can offer a more realistic snapshot of cellular activity, and afford biologists the unique ability to examine the activity of more rarely-expressed genes that would be lost in the noise of conventional RNA-seq. Undoubtedly, scRNA-seq is an incredible tool with a multitude of applications, which is why it is no wonder that it successfully earned the title of “Method of the Year” by Nature Methods in 2013.

Unfortunately, advances in scRNA-seq have focused almost exclusively on higher eukaryotes, with applications for microbes (ie. yeast) significantly lagging behind. In our newest paper in Nature Microbiology, we developed a technique for yeast scRNA-seq (yscRNA-seq). At only US$12 per cell, yscRNA-seq is the cheapest and most sensitive scRNA-seq method reported in yeast to date. Best of all, we were able to develop this method to be used without new or overly-specialized equipment or reagents—with access to a fluorescence-activated cell sorter, and a sequencer, any scientist can begin their own yscRNA-seq experiments right away!

The main reason that protocols like this have existed mostly within the realm of eukaryotic research is mostly due to technical limitations that are intrinsic to the nature of microbes, such as their smaller cell size and minute RNA content. On top of that, RNA cannot be isolated from yeast microbes without penetrating their hard cell walls, and the act of digesting them away can actually alter RNA expression. Through some tests, we found that the latter issue could be avoided by fixing the cells in ethanol prior to the digestion and library preparation.

Once the data was collected, it needed to be analyzed using an adequate computational pipeline. The complexity of single-cell data is quite noisy at this level, and there is no clear consensus in the scientific community for what computational pipelines are best for efficiently analyzing scRNA-seq data. This is especially true for amounts of RNA as small as those in yeast. This pushed us to develop our own pipeline, which ended up affording us much more flexibility when analyzing the data.

Why does it matter?

By applying our method to two different yeast cell strains, we confirmed a linear relationship between cell size and transcriptome size—the bigger the cell, the more RNA there was inside. Despite this, the number of transcripts detected per cell remained the same, even across strains.

More importantly, we discovered through this method that there is isoform heterogeneity between single cells. In other words, each cell expresses a different isoform of each gene, and all of these cells collectively make up the vast heterogeneity that we see in bulk populations.

Ultimately, yscRNA-seq is able to consistently replicate experimental results derived from conventional RNA-seq using bulk yeast samples, showing how it can replace other RNA-seq protocols. Beyond that, yscRNA-seq is actually able to answer complex transcriptional questions that would be impossible to approach using those protocols, proving that it deserves a place on the biologist’s toolbelt.

We hope to expand this method more in the future, and push the boundaries of what microbiologists can detect even farther than what was previously thought possible.

Please find out more about our yscRNA-seq protocol and results by reading our latest paper in Nature Microbiology. 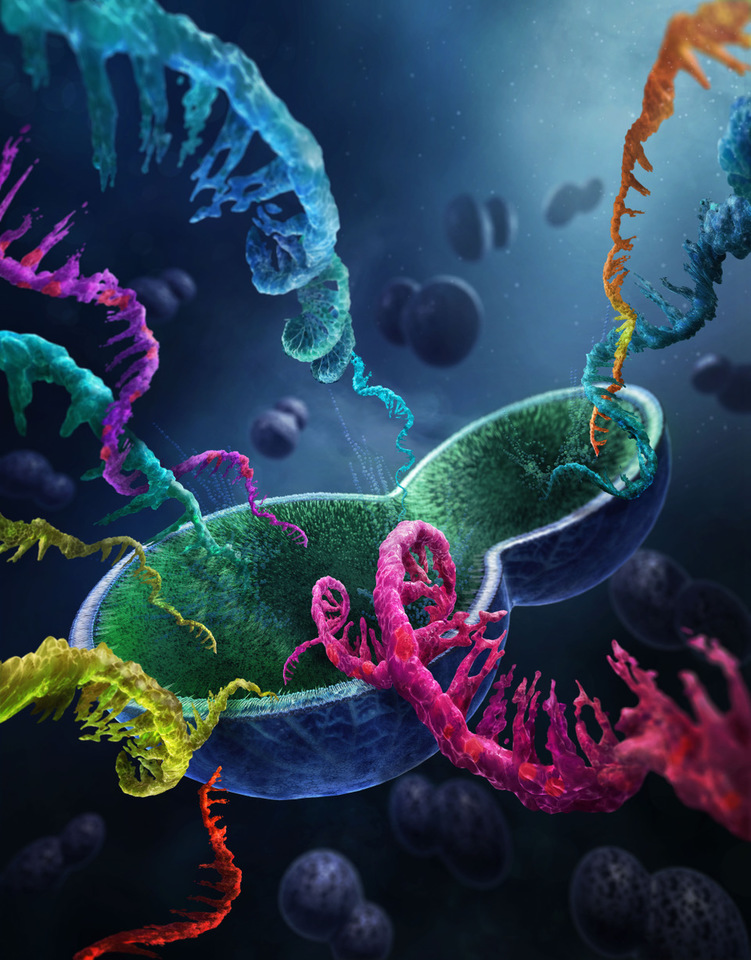 In the age of eukaryotic sequencing, costs are going down and efficiencies are going up. However, these advancements are lagging behind for those studying yeast. Now, a novel yeast RNA-seq method has been developed to view transcriptional architectures at the single-cell level, uncovering things that would otherwise have remained hidden in the noise of conventional experiments using cells collected in bulk. It is the cheapest and most efficient single-cell RNA-seq protocol in yeast to date.