Antibiotic-resistant bacteria are not only restricted to clinical environments, nor do they always pose an immediate danger for humans. Various environmental niches are occupied by complex microbial communities that also include members that can carry one or different antibiotic resistances.

The plant microbiome often harbors highly competitive microorganisms that can shield of pathogens and contribute to the host’s health. In our latest study we have focused on antibiotic resistances in a common salad plant and found that the indigenous enterobacterial community contributes to the highly interesting profile.

The fatal implications of various infections by opportunistic human pathogens were thought of as a burden of the past, especially after several generations of highly effective antibiotics were developed. With the increased occurrence of antibiotic-resistant microorganisms (mostly bacteria), this perception is changing and we are facing once again a problem that requires a long-lasting solution.

This solution will most likely not arise from a new generation of classic antibiotics. In fact, it will require to overthink how we administer antimicrobial agents and how to avoid the natural response of microorganisms when they are attacked. The world health organization (WHO; https://www.who.int) provides frequently updated lists of microorganisms for which antibiotic treatments are urgently required.

Interestingly, many of the bacteria that are found on these lists have close relatives that either occur in our bodies or in natural environments that we use for our food production. Often the only difference is strain-specific and only given by certain genes that can be also located on plasmids.

Previous studies have already shown that many plant-associated bacteria have many similarities with opportunistic human pathogens, mostly due to the fact that they require similar functional repertoires for their survival (Berg et al., 2005). These findings provide the basis to study how these microorganisms are controlled in their natural environments and how this might be transferred to environments that are relevant for our health.

These environments are not only restricted to the clinical field, but also agricultural production and the indoor environment in general. In order to further decipher the occurrence of antibiotic resistances in natural environments, we have selected a common salad plant as a model for our study that included metagenomic profiling and cultivation-based studies in order to confirm the presence of multi-resistant bacteria.

Eruca vesicaria var. sativa (Mill.) Thell., commonly known as arugula, is a popular raw-eaten ingredient in salads due to its peppery, pungent taste. Similar to other leafy green plants, E. sativa is colonized by a vast diversity of microbes, which complement the holobiont’s functioning.

We analyzed the structure, abundance and functioning of the plant-associated microbiota in the arugula phyllosphere, rhizosphere and the corresponding bulk soil in an integrative approach. When compared to the rhizosphere, higher proportions of Gammaproteobacteria, including Enterobacteriaceae were observed in aerial plant parts. Metagenomic profiling of the bacterial population indicated a higher prevalence of antibiotic resistances in plant-derived samples.

We found general resistance mechanisms including various efflux pumps in the datasets, but also specific resistance mechanisms against fluoroquinolone, chloramphenicol and other antibiotics. Our overall findings suggest that antibiotic resistance is common in distinct raw-eaten plants. This provides the basis to further explore how these resistances are formed and how carriers, which are rarely pathogens in such environments, can be controlled in the future. 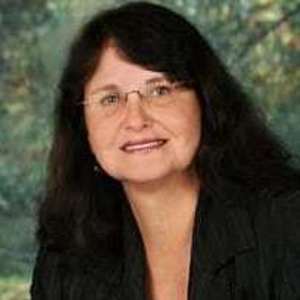