A Parasite’s Structural Proteins Shed Light on its Perplexing Physiology

Toxoplasma gondii is a single-celled parasite found in humans, livestock and wild animals around the world. Dr. Clare Harding is a Homo sapiens who spends her days tinkering with T. gondii. Their first encounter was when Harding had just finished a PhD in bacteriology, and was looking for a new project. From there, it was classic girl-meets-parasite: Harding quickly became enamored by T. gondii’s intricate and unusual cell biology, which can be so unlike the model organisms found in textbooks. In particular, she started studying a network of flattened vesicles called the Inner Membrane Complex, or IMC, that lies beneath T. gondii’s plasma membrane. The IMC is best known for its role in parasite motility, as it provides the anchor for an unusual myosin, which pushes actin-associated adhesins down the length of the IMC1. Harding discovered that some of the IMC proteins that constitute myosin docking sites are also involved in parasite division and, furthermore, that they have the same transcriptional pattern as an under-studied family of proteins called the GAPMs2,3. This connection piqued Harding’s interest, and she went on to show that GAPM1a gives T. gondii structural stability by defining the arrangement of exceptionally stable microtubules, called cortical microtubules, that lie just inside the IMC3. This work was published in Nature Communications, and you can find it here.

During the many hours that Harding spent looking at GAPM1a, she noticed that each parasite’s IMC contained several ring-shaped accumulations of this protein. Searching the literature for such structures led her to hypothesize that she was seeing invaginations called “micropores” that start at T. gondii’s plasma membrane and poke through the entire IMC, all the way to the parasite’s cytosol. Parasitologists have been seeing micropores since they started using electron microscopes4, but they’ve seldom been studied. Exogenous horseradish peroxidase accumulates in vesicles that bud off of micropores, suggesting that they’re sites of endocytosis5. Harding believes that GAPM1a’s even distribution over the IMC causes it to appear concentrated at micropores because the IMC folds in these regions, causing a scientist observing from above to see many GAPM1a molecules stacked on top of each other. By adding a fluorophore to GAPM1a, Harding thinks she’s allowed parasitologists to observe micropores in live parasites for the first time, whereas a lack of protein markers previously limited us to using electron microscopy. Harding finds it satisfying to make progress in an area of parasitology where none has been made for decades; as she says, “It’s cool how these things eventually come full-circle.”

Each parasite has twenty-two evenly spaced microtubules that originate at a ring near its tip and spiral down two thirds of the cell. In the absence of GAPM1a, parasites lose this regular arrangement. Instead, microtubules begin to depolymerize, clumping together in the process and leaving large areas of the cell devoid of support. The resulting loss of structural integrity eventually kills the parasites.

Harding wanted to know if GAPM1a attaches cortical microtubules to the IMC directly, or if there are intermediate factors, and so she tried to image the microtubules as GAPM1a was depleted in a conditional mutant. She needed the resolution of structured illumination microscopy to see the spacing between the microtubules, however, and phototoxicity killed the parasites before GAPM1a was sufficiently depleted. Recent advances in confocal imaging have made it possible to image cells gently while still resolving small structures, however. Harding plans to try applying this technology to GAPM1a in hopes of seeing how the kinetics of GAPM1a depletion line up with microtubule dissolution.

Parasites are mysterious critters, but, thanks to technological advances, a little inspiration, and a lot of elbow grease, the waters are becoming less murky. Harding’s research has shed light on a group of proteins that T. gondii needs to survive, and also given parasitologists a new way to study an enigmatic structure. As the IMC moves T. gondii forwards, it will also propel our research. You can follow the Lourido Lab @LouridoLab to learn more about their research, and Harding @ClareHardingLab to find out what she discovers as she starts her own lab. 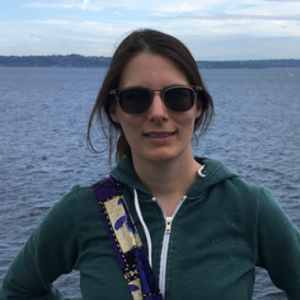