The origins of malaria artemisinin resistance

Malaria is a life-threatening, vector-borne disease affecting more than 200 million people per year1. The parasites causing malaria infection have a strong adaptation ability which allows them to thrive in diverse living environments across hosts and vectors. Plasmodium falciparum is one of the malaria parasite species infecting humans. It originated in wild African apes and jumped to humans in a recent evolutionary event2, 3. Following this, P. falciparum has survived for almost 10,000 years oscillating between human and mosquito hosts. Now, P. falciparum has spread world-wide and diverged under various pressures, such as, host immunity, transmission rate and exposure to anti-malarial drugs.

P. falciparum parasites are much more genetically diverged in Southeast Asia, than Africa, especially in the regions of Cambodia, which is the epicenter of emergence of artemisinin resistance (ART)4, 5, 6. This finding raises world-wide concern on artemisinin-resistant P. falciparum parasites, as artemisinin combination therapies are the front-line antimalarial treatment now. Considering that malaria drug resistance has originated in Southeast Asia historically and spread to other countries in the past years7, such as, Chloroquine resistance in 1950’s8 and Mefloquine resistance in 1980’s9, there is a urgent need to understand the mechanisms utilized by artemisinin-resistant parasites to attain reduced sensitivity to the drug as compared to artemisinin-sensitive parasites.

According to recent research, the most acknowledged discovery are genetic markers located within Kelch13 protein (PFK13) being associated to ART. In addition to PFK13 mutations, other SNP markers were detected albeit with a much weaker association5. The multiple mutations in PFK13 propeller domain served as independent sources of emergence of ART10. This suggests emergence of artemisinin-resistant parasites is via an interplay of complex genetic traits. Furthermore, transcriptomic analysis of more than one thousand individual parasites populations from Southeast Asia revealed modulations in unfolded protein response and metabolic synthesis pathways in resistant parasites11. This finding inspired us to further investigate the physiological status of resistant parasites in relation to their diverged genotypes and establish the causality between genomic variations and ART.

In our study, we identify two distinct physiological profiles within Southeast Asian parasites which follows the pattern of their genetic differences. One is from the western Greater Mekong Subregion (w-GMS) which includes Bangladesh, Myanmar, western and southern Thailand. The other is from the eastern (e-GMS) which includes the core GMS including Cambodia, Laos and their border regions with Thailand and Southern Vietnam. This finding suggests us to analyze the e-GMS and w-GMS parasites separately for a better data homogeneity.

To address the above questions, we try to reconstruct the linkages between genotypes, expression and phenotypes by applying an integrative analysis of GWAS, TWAS and eQTLs. If similar expression/SNP markers and expression-SNP linkages are observed from both regions (e-GMS and w-GMS), it indicates ART may result from identical mechanism in parasites which even diverge in their genetic and physiological background. Alternatively, ART can rise in multiple ways.  Our study supports the later.

We analyze 229 w-GMS and 554 e-GMS clinical samples in two parallel studies. We find particular SNP markers of ART in each region with distinct expression markers and SNP-expression linkages(eQTLs). All the findings additionally suggest, during the course of parasites evolution, adaptation process is unique to one population and intimately attached to the parasites living environment. In the end, our study defines genetic backgrounds which may potentially facilitate acquisition of ART mechanisms by malaria parasites in Greater Mekong Subregion. 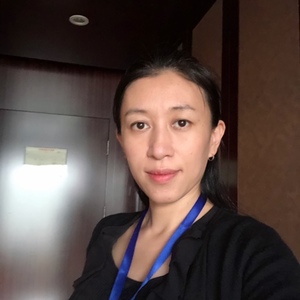