Thermoprofundales as the new name for MBG-D archaea, the benthic archaeal cosmopolitan

In our new study, we conduct a comprehensive meta-analysis based on the 16S rRNA genes of MBG-D archaea. Results show that MBG-D archaea are one of the most frequently found archaeal lineages in global sediment with widespread distribution and high abundance, including 16 subgroups in total. Co-occurrence analyses indicate significant non-random association of MBG-D archaea with Lokiarchaeota and Hadesarchaea, suggesting potential interactions among these archaeal groups.

Meanwhile, based on four nearly complete metagenome-assembled genomes (MAGs) and corresponding metatranscriptomes reconstructed from mangrove and intertidal mudflat sediments, we provide insights on metabolic potentials and ecological functions of MBG-D archaea. Our results reveal MBG-D archaea as an important ubiquitous benthic sedimentary archaeal group with specific mixotrophic metabolisms. Based on the 16S rRNA gene and whole genome analysis, we proposed the name Thermoprofundales as a new Order within the Class Thermoplasmata. 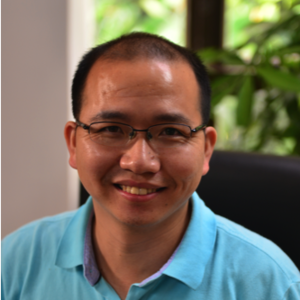 Sorry about that. The ISMEJ still not yet online, but I think it will be available soon.

I update the link. The paper is online now. Thanks.

Thanks for posting the link!