Redefining the initial steps of sexual development in malaria parasites

Malaria parasites can take two alternative pathways after committing to sexual development: multiplying for one additional cycle before actual conversion into sexual forms, or converting directly.

The paper in Nature Microbiology is here: go.nature.com/2Ap0hEN

The fundamental characteristics of the life cycle of malaria parasites were discovered over a century ago, but some specific steps are not well understood yet. One such step is the transition from asexual blood stages into sexual forms termed gametocytes, necessary for malaria transmission. When we started working on this project, by no means did we expect to modify the textbook view of this part of the malaria life cycle.

Having discovered (in collaboration with the Llinás and Baker teams) that the PfAP2-G transcription factor and its epigenetic regulation play a fundamental role in the conversion of malaria asexual blood forms into gametocytes, we wanted to take advantage of one of the tools that we had generated: a transgenic parasite line expressing epitope-tagged PfAP2-G. Since PfAP2-G is the first available marker for sexually-committed parasites, we thought that with this parasite line at hand, characterizing the temporal expression dynamics of the protein and identifying the precise stage at which sexual commitment takes place would be straight forward. I told Cristina Bancells, at that time a new postdoc in the lab, that this could be an easy side project to generate important knowledge and get a nice paper by just performing “a few immunofluorescence assays”. But I couldn’t be more wrong. For almost one year nothing worked as expected. Nothing made sense.

The reason why nothing was making sense is that we were trying to interpret our results accepting that when parasites commit to sexual development, they must go through one additional round of multiplication before they actually convert. This was a widely accepted idea in the field. It was not until we had one of this eureka moments in which we asked ourselves “what if this is not a compulsory step?” that all the pieces of the puzzle started to fit. It still took a remarkable effort to formally demonstrate that parasites can convert into sexual forms without going through an additional round of multiplication after commitment, but by then we knew that the new knowledge we were generating was worth the effort. Among other experiments, Cristina and Oriol Llorà-Batlle (a PhD student who provided Cristina with much needed support for this project) spent innumerable hours performing and analyzing tedious plaque assays, which almost 30 years ago had led to the previous model for sexual conversion. Later on we were pleased to learn that single-cell RNA-seq data from the Kafsack lab also support our new model; by collaborating with this team the story grew stronger. Of course, we faced some initial skepticism, but this was expected because changing an old dogma in any field is not meant to be easy. This motivated us to work towards obtaining further evidence for the new model that we propose, which we believe is now thoroughly demonstrated. We expect that this knowledge will facilitate the design and interpretation of new studies aimed at unraveling all the molecular details of a fascinating step in the biology of malaria parasites. 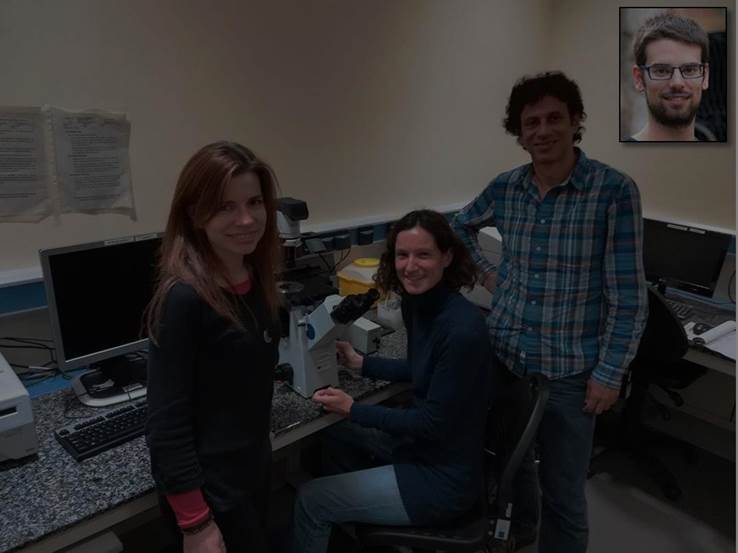 Fig. 2. Many of the experiments where analyzed and quantified in a fluorescence microscope in a small dark room (the room was far darker while analyzing the experiments!). From left to right, Núria Rovira, Cristina Bancells, Alfred Cortés, and Oriol Llorà (inset). Oriol was not around when we took the picture, but he spent long hours in this room, as other team members did, when experiments had to be analyzed. 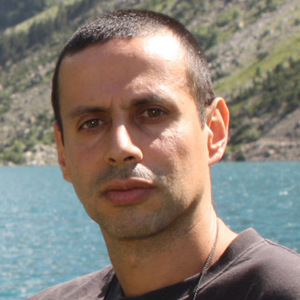