Cutting through the fat: discovering a lipid metabolizing enzyme from the gut microbiota

The microbes that live in and on our bodies have co-evolved with humans for millions of years. However, we have only started to appreciate how closely microbial life and human life are interconnected. Microbes are essential for the development of our immune systems, participate in the digestion of food, and metabolize drugs in ways that can be critical for their efficacy. Unfortunately, many of the enzymatic transformations performed by gut microbes aren’t yet understood, and that is something that the Balskus lab hopes to elucidate. One of our earliest successes in this area was elucidating the molecular mechanism for the gut microbial degradation of choline to trimethylamine (TMA). TMA is further metabolized in the liver to trimethylamine-N-oxide (TMAO), a metabolite that is associated with multiple human diseases. In our previous work, we discovered the choline utilization (cut) gene cluster, biochemically characterized the enzymes responsible for this activity, and studied the biological role of this metabolic activity in mouse models.

This project began out of a desire to understand how additional choline-containing metabolites like phosphatidylcholine (PC), an abundant dietary and host-derived lipid, could feed into this particular pathway. Though PC metabolism had been studied in pathogenic and environmental bacteria, little was known about this activity in the human microbiota. We were excited to observe metabolism of PC to TMA in lysates of choline-metabolizing gut bacteria, but we were initially unable to detect this activity in whole cells. This was at first frustrating and confounding – what was different about the culture conditions that made us unable to observe metabolism? We tried different media compositions, different substrate concentrations, and different growth times. Interestingly, when cultures grew for longer time periods and sat in stationary phase, there began to be production of the desired metabolites. This led us to hypothesize that perhaps choline was necessary to induce cut gene cluster expression and that it took time for this metabolite to build up in our cultures. Indeed, when we included deuterium-labeled choline at the start of our assay, we were finally able to detect metabolism of PC into TMA by a range of gut bacterial strains.

Once we had confirmed that PC metabolism occurred in culture and not just in cell lysates, we then attempted to identify the enzyme responsible for releasing choline from PC. Luckily, there was a putative phospholipase D (PLD) enzyme encoded in the genome of a choline metabolizing E. coli strain. This genetically tractable organism was an attractive model in which to study to PC metabolism. We were able to knock-out the gene encoding the putative PLD and show that it was the only enzyme capable of transforming PC into choline. We also showed that the PLD enzyme enables this E. coli strain to grow on minimal media containing PC as the sole carbon source. In these cultures, choline accumulates over time, inducing cut gene cluster expression and subsequent conversion of choline to TMA.

We next wanted to study the activity of the purified PLD enzyme. Finding expression and purification conditions that would produce soluble protein was a challenge. We predicted the E. coli PLD would be membrane-anchored, and trying to remove the predicted signal sequence and transmembrane portion of the protein did not improve solubility. During a membrane purification, however, we serendipitously observed solubilization of the protein and its release from the membrane fraction. This phenomenon, which may be due to the inclusion of detergent, harsher lysis conditions and high speeds of centrifugation, ultimately helped us obtain sufficient quantities of purified protein for further analysis.

Biochemical characterization of the PLD enzyme allowed us to determine the kinetic parameters of the enzyme as well as its substrate specificity. We learned that it is highly specific for lipids containing choline head groups, and by analyzing the predicted structure of the enzyme, we generated a hypothesis for the origin of this selectivity. With this information, we could search genomes for other PC-metabolizing PLD enzymes. This search revealed striking differences between the sequences of PLDs in commensal bacteria and pathogens, suggesting these enzymes have evolved independently.

Ultimately, we would like to better understand the roles these newly discovered PLD enzymes play in the human gut microbiota. In particular, this metabolism may affect human disease. Increased metabolism of PC could potentially lead to increases in the disease-associated metabolite TMA. Also, PC is excreted into the intestines as part of bile, which helps solubilize dietary fat and cholesterol. It is also involved in exporting fat and cholesterol from the liver. Excess bacterial metabolism of PC in the GI tract could therefore impact lipid metabolism and liver function. Additionally, as PC makes up a large portion of the mucosal barrier that separates the gut microbiota from intestinal epithelial cells, it is possible bacterial PC degradation could negatively impact mucosal barrier function. Characterization of this gut bacterial enzyme therefore opens up many new avenues of research that will help us better understand the role of microbial metabolism in human health. 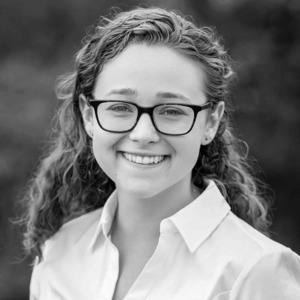