Eventually, we found a substrate!

Identification of a physiological substrate of protease is challenging. We take effort to revealed that a receptor histidine kinase is cleaved by a bacterial protease, which is a prerequisite for the bacterial tolerance to osmolarity stress.

Eight years ago (2009), when Dr. Chao-Ying Deng, well, at that time, Ms. Chao-Ying Deng, entered IM-CAS as a graduate student, she was delivered a small project initially aiming at a training of bacterial molecular genetics. This project is derived from a genome-wide screening study in the year of 2005, during which we found that mutation of a prc gene encoding a protease, caused a remarkable decrease of virulence of a plant bacterial pathogen, Xanthomonas campestris pv. campestris. At the very beginning our idea is very simple: prc could be used as a discipline for Chao-Ying because she did not know too much about bacterial genetics before as a student graduated from a forestry university. The trick behind is that if the project unfortunately failed, no one will be hurt since the main interest of our lab is bacterial sensing, not protein hydrolysis.

Similar to most of the scientific tragedies, it was soon turning out that this “small project” is a nightmare: although genetic analysis of the prc function was quickly completed, the biochemical property of its protein product looks a mission impossible: we cannot obtain an active Prc protein even a series of expression systems were tried. After four years of efforts, we managed to publish that work in Molecular Plant-Microbe Interactions in 2014. Although we did identify a protein substrate (DppP) of Prc by two-dimension electrophoresis, Prc did not cut DppP, but stabilized it in cells! So the story is about a chaperone, rather than a protease—but Prc is a putative protease!

Things go well since we used an affinity proteomics approach (Tandem Affinity Purification, TAP) to screen for Prc substrate. In the first glance we found a histidine kinase (HK) VgrS from the TAP result, which was initially discovered by our lab before. VgrS is an iron-depletion sensor and plays an important role in bacterial infection. Subsequently, we confirmed the physical interaction between the sensor region of VgrS and Prc, and revealed that this binding event substantially decreased the autophosphorylation level of VgrS. Prc cleaves VgrS sensor between the Ala9 and Gln10 residues. The proteolytic process is essential to promote the bacterial adaptation under osmolarity stress. That is to say: although VgrS is fundamental in controlling virulence, its activity has to be shut down during osmostress tolerance to avoid detrimental impact. To our best knowledge, this is the first report on the proteolysis of histidine kinase in bacterial cells.

Now, after eight years′ efforts, Chao-Ying gave birth to two babies: the first one is this paper eventually published on Nature Communications, and the second one, lovelier, is a two-year-old, little clever girl. They now live in Beijing, China. 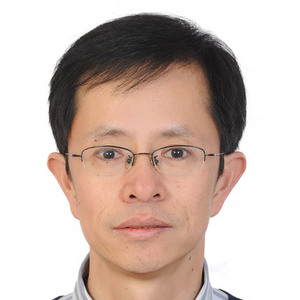