The beginnings: hydrogen production in Epsilonproteobacteria?

Our investigations on hydrogen production in Sulfurospirillum spp., free-living Epsilonproteobacteria (note that Epsilonproteobacteria were recently suggested to be reclassified and renamed to Campylobacterota) had its roots in the genomics of the organohalide-respiring Sulfurospirillum multivorans. I wondered why the genome contained four hydrogenase gene clusters, since most Epsilonproteobacteria (like the well-known pathogenic Campylobacter jejuni and Helicobacter pylori) were known for they simple hydrogen metabolism: a one-way for hydrogen uptake, dependent on only one periplasmic, membrane-bound hydrogenase. Also the non-pathogenic Sulfurospirillum spp., mostly known for anaerobic respiration with ‘exotic’, often toxic electron acceptors like arsenate, selenate and, in the case of S. multivorans, organohalides such as tetrachloroethene were described to use hydrogen as electron donor. Hydrogen consumption was very similar to that of C. jejuni and H. pylori via a hydrogen-uptake hydrogenase, as characterized earlier by us. However, one of the four hydrogenase gene clusters seemed to code for a membrane-bound hydrogen-evolving hydrogenase, and since the organism was described to ferment pyruvate when no electron acceptor was provided, which often facilitates hydrogen production in other bacteria, I convinced our doctoral student Stefan Kruse (Figure 1) to do some experiments on pyruvate fermentation in several different Sulfurospirillum spp. Our goal from the beginning on was to establish Sulfurospirillum spp. in syntrophic relationships as a hydrogen producer.

The first surprise was that the bacteria adapated to pyruvate fermentation – at first growth was quite slow, but after several transfers on pyruvate without electron acceptor, the bacteria seemed to accept their fate and grew nearly as good as under respiratory metabolism. While these results were scientific “by-products” back then and only included briefly in the biorxiv.org preprint published nearly one year ago, a reviewer convinced us to do proteomics (in collaboration with Lorenz Adrian of the Helmholtz Center for Environmental Research) of adapted and non-adapted cells during the revision process after submitting to Nature Communications. Thus, we showed that this adaptation depended on only a few proteins with a role on which only can be speculated. The second surprise arose when we compared different Sulfurospirillum spp. and observed a much higher hydrogen production in Sulfurospirillum cavolei. A genomic comparison between the two Sulfurospirillum spp. led us on a wrong track initially, which Stefan Kruse presented in a talk at the renowned hydrogenase conference, 2015 held in Marseille (France): S. cavolei encodes a hydrogenase with an iron-only active center and these hydrogenases are known for hydrogen production in many bacteria – so we thought this iron-only hydrogenase is responsible for the difference in hydrogen production. However, we were puzzled by two observations, 1) there was a mutation in the S. cavolei iron hydrogenase gene cluster and 2) S. multivorans and S. cavolei produced different organic acids during fermentation. Again, proteomics and genomics, combined with a careful analysis of the HPLC results of fermentation products, aided us. Instead of the iron hydrogenase protein, we found only one large (eight subunits) membrane-bound, cytoplasmic nickel-containing hydrogenase in S. cavolei, the same as in S. multivorans, so differences in hydrogenase equipment was not the reason for the difference in hydrogen production. Instead it was rooted in different different fermentation metabolisms causing S. multivorans producing succinate and lactate additionally to acetate, consuming electrons which are channelled into hydrogen production in S. cavolei.

Production of methane from lactate: a syntrophic relationship of Sulfurospirillum multivorans with a methanogen

What would be the ecological relevance of this novel physiological trait in Epsilonproteobacteria? Hydrogen-producing bacteria often deliver hydrogen derived from fermentation to hydrogen consumers in anoxic environments. Sometimes, the former can only derive energy from fermentation when the evolved hydrogen is immediately consumed by the other bacteria. This bacterial symbiosis is called syntrophy and we found out that indeed Sulfurospirillum spp. can live syntrophically with the hydrogen-consuming methanogenic archaeon Methanococcus voltae, when lactate was present as single energy substrate (Figure 2 and 3). Together with the finding of the hydrogen-evolving hydrogenase in other epsilonproteobacterial genomes, this hints to a new ecological role of these bacterial subclass.

The next frontiers: hydrogenase as a proton pump and the ecological and environmental impact of epsilonproteobacterial hydrogen production

Since some of the membrane-integral subunits of the hydrogen-producing hydrogenase of Sulfurospirillum spp. are related to those of the respiratory complex I (shown extensively from page 14 in the supplement of our Nature Communications publication), also bearing conserved amino acids critical for proton pumping, we assume that this hydrogenase might contribute to energy conservation, pumping protons while channeling electrons from reduced ferredoxin to protons. During the revision of our manuscript, a ground-breaking paper on the structure on the related MBH of Pyrococcus furiosus was published, which is a great help in the further investigation on such hydrogenases.

The impact of hydrogen production by Sulfurospirillum spp. on an ecological and/or environmental and biotechnological scale is also subject to further investigations. Sulfurospirillum spp. are typically found, often in high amounts, in areas rich in sulfur compounds, bioelectrodes, and the toxic electron acceptors arsenate, selenate, chlorinated ethenes. When lactate or pyruvate is present in these environments, sub-populations of Sulfurospirillum spp. might produce hydrogen when electron acceptor concentration is low in the corresponding micro-environment. Of great interest for bioremediation is hydrogen-production of the tetrachloroethene-respiring Sulfurospirillum multivorans, since other organohalide-respiring bacteria are obligate hydrogen-consumers, making an efficient and fast detoxification of tetrachloroethene to ethene feasible. 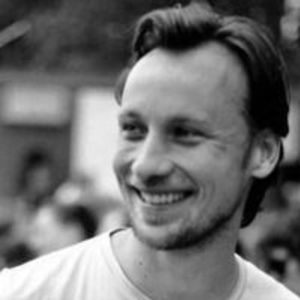