By Madlen Nash and Rachel Kiddell-Monroe

Each year over 10 million people fall ill with active tuberculosis (TB). Of those, one million are children under the age of 15. Eight countries alone account for two thirds of the TB burden: India, China, Indonesia, the Philippines, Pakistan, Nigeria, Bangladesh and South Africa.

Don’t let the statistics fool you – TB doesn’t only affect countries in the Global South. We are also facing a TB crisis here in Canada.

Inuit living in Nunavut, Canada’s most northern territory, experience nearly 300 times the rate of TB compared to non-indigenous, Canadian-born citizens.  For anyone, TB is a challenging diagnosis. People being treated for TB take handfuls of pills every day which often come with challenging side effects. Patients often feel ill for the entire six months of their treatment.

Children and youth are especially vulnerable in Nunavut. Over 30% of TB cases are among this group. Young children can’t swallow the handfuls of pills they need to take and caregivers are then forced to chop and crush them up.  Even when combined with applesauce or pudding, the pill mixture is extremely bitter. Children often spit it out. This process is traumatic for families and children. And as a result, children are at higher risk for not finishing their treatment course. In Nunavut, several caregivers identified this as their number one challenge.

It is hard to believe this is the drug delivery method recommended by the Canadian TB Standards 7th Edition.

This outmoded practice of drug delivery has potential medical risks. Each day the child is treated in this way, there is risk they are under- or over-dosed.  Inaccurate dosing contributes to treatment failure and even risk of death. This practice can also lead to the development of drug-resistant forms of TB. Drug-resistant TB is an even more serious condition with greater treatment challenges.

Despite being a preventable and treatable disease, TB remains a leading cause of death in children worldwide. Until recently, the challenges of treating childhood TB were not unique to Nunavut.

Lack of access to child-friendly formulations was a key barrier to treating childhood TB everywhere. In response, the World Health Organization (WHO) and the TB Alliance developed child-friendly fixed-dose combinations (FDCs) for TB which are flavoured and dissolvable in water (Figure 1).

The child-friendly FDCs meet the WHO standards of quality, safety and efficacy. They are also included in the WHO Model List of Essential Medicines for Children. At approximately US$ 15 a course, the FDCs are also considered affordable for most countries. Kenya was the first country to roll out child-friendly FDCs in 2016.

Canada plays a critical role in ensuring children around the world have child-friendly FDCs. Since 2001, Canada has contributed CAD$152 million to provide access to TB drugs for over 27 million patients in 134 countries. This specifically includes child-friendly FDCs. By mid-2018, 85 countries ordered over 780 000 FDC treatment courses (Figure 2).

Figure 2. Procurement of child-friendly FDCs via the Global Drug Facility.

Despite being the key financial backer of this global effort, the irony is that Canada has not made these game-changing FDCs available for children in Canada.

Ask most doctors treating TB in cities like Vancouver or Toronto and they will tell you that access to child-friendly FDCs is not an issue for them. This is because most major hospitals in southern Canada will have an on-site pharmacy where TB drugs can be compounded into a child-friendly FDC. However, just as compounding is not an option in Kenya, it is also not an option in Nunavut. None of the 17 out of 25 communities in Nunavut struggling with TB have the laboratories and pharmacists needed to do on-site compounding. And without access to the child-friendly FDCs, Inuit children are suffering needlessly.

By signing on to the United Nations political declaration on TB, Canada has committed “to promote equitable access to child-friendly formulations of medicines to optimize the prevention and treatment of drug-sensitive and drug-resistant tuberculosis among children”.

This political commitment comes in addition to our financial contribution to ensuring access to child-friendly FDCs globally. Yet, this is not happening at home.

Canada needs to drop this double standard. Just like children all over the world, Inuit children deserve access to the best medicines we can offer.

Rachel Kiddell-Monroe is the General Director of See Change Initiative and a Professor of Practice at McGill University. 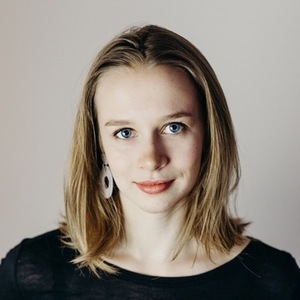