Highway into the brain: a mouse model to study newborn neurolisteriosis

Bacterial infections of the central nervous system (CNS) are devastating with neonates being the population at the highest risk. Preventive measures, such as hygiene regimens and antibiotic intrapartum prophylaxis have decreased the incidence of neonatal CNS infections. However, mortality rates remain substantial and serious long-term sequelae, such as deafness or mental retardation are frequently observed. Knowledge about the pathogenesis CNS infection as a result of mucosal pathogen exposure is scant, mostly because of a lack of suitable animal models. And that´s where our story started…

The idea was to establish an in vivo model that resembles the pathogenesis of newborn neuro-listeriosis. Listeria monocytogenes (Lm) is a saprophytic organism. It is part of the enteric microbiota and frequently isolated from environmental sources. Lm is considered a food- and feed-borne pathogen in both, human and lifestock.

Since Lm represents a food-borne pathogen and is able to penetrate the intestinal epithelium it is generally thought that it reaches the CNS following penetration of the intestinal mucosa via the bloodstream. We therefore experimentally infect neonate (one-day old) mice via the oral route by gavage. As expected, all animals developed a fatal disease with septicemia and spread to many organs and succumbed to infection within two days. Notably, the brain tissue of most animals remained sterile and no signs of meningitis or meningoencephalitis were detected. Since we aimed at analyzing neonatal neurolisteriosis, these results were frustrating and promted us to re-think about our experimental setup. For example, we noted that Streptococcus agalactiae (group B streptococcus, GBS), the most important bacterial pathogen of human neonatal CNS infection, is widely accepted to be acquired by inhalation rather than by swallowing, the “contaminated” vaginal/rectal fluid during their way through the birth canal. To evaluate this route of infection, we therefore next applied Lm intranasally and were surprised to detect bacteria in CNS tissue of all infected pups. Strikingly, no Lm could be isolated from blood samples. One explanation for us was that Lm may reache the brain via a non-hematogenous route. Indeed, by extensive microscopy and immunostaining, we were able to follow the way of Lm through the olfactory epithelium and mucosal tissue, along the Nervus olfactorius through the cribriform plate into the olfactory bulb. And besides microglia activation and granulocyte influx into the meninges, both leading clinical features in neuro-listeriosis, we observed a massive recruitment of pro-inflammatory monocytes.

Further work is now required to define the infection route of Lm in humans. We believe that this route might be important at least in a portion of cases and that the neonate mouse represents a suitable model to study the pathogenesis of neuro-listeriosis in humans. This model could help to answer important questions, such as why the route of infection determines the outcome of the disease and what the factors are, that cause this striking age-dependency of the infection susceptibility. 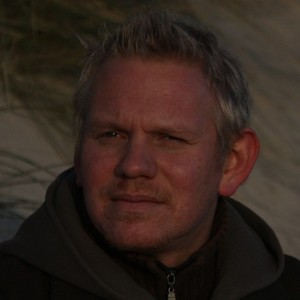