The robustness of the division ring in E. coli was investigated in unnatural shaped cells, such as squares, hearts and stars.

The actual paper can be found here!

After attending the latest EMBO workshop in Bacterial cell division held in Prague back in 2016, I returned to my lab at the Okinawa Institute of Science and Technology in Japan, knowing I wanted to follow up on two super exciting back-to-back presentations. The first one was given by Dr. Holden at Newcastle Uni, who introduced a new approach to imaging cell division in rod shaped cells, by trapping them in a vertical position (i.e. on their heads). Making cells stand up was possible by engineering micron sized holes in agarose pads, in which the cells got trapped. This particular piece of work was later published in Science as a part of a large collaborative paper, showing FtsZ treadmilling in live Bacillus cells, really cool stuff. The second presentation came from Prof. Dekker from Delft University, who showed how he and his group had reshaped E. coli cells into large, flat rectangles and other shapes. This was done to investigate the dependence on cell shape of Min oscillations, and was published in Nature Nanotechnology.

If you haven’t seen these papers I really recommend you stop reading this post and go find them (or just hit the hyperlinks above), right now.

Anyhow, back to my story. For me it was quite clear what to do next, I wanted to combine these approaches to see if the FtsZ-ring would form in cells of ‘weird’ shapes, as this would tell me something about the robustness of the Z-ring itself.

Just one tiny problem, I needed to make those arrays of micron sized pillars, and I had no experience in making stuff that small. After some investigating around my University, I realized my friend Alex happened to be an ace in making small structures using electron-beam lithography. A few trial and error experiments later we had worked out a production workflow that allowed us to make teeny-tiny sized micron pillars in a variety of shapes, like the ones shown in Figure 1.

Figure 1. a-c, SEM images of micron pillar arrays. a, overview of a typical array. b, close up (imaged at a 45° angle). Each pillar is 5.4 microns in height. c, micron pillars as seen from above. d, patterns imprinted in an agarose pad, in which cells get trapped in a standing position and then reshaped using the chemicals A22 and Cephalexin. Scale bar 5 mm.

Equipped with these micron pillar molds, we could now start to massage the cells into these various shapes using specific chemicals that disrupt the normal cell shape and division (A22 and Cephalexin, respectively). Once in the holes and shaped, we used Stimulated Emission Depletion STED nanoscopy to get high resolution images of the Z-rings/squares/hearts, and typical results can be seen in Figure 2.

Figure 2. Montage of live E. coli cells trapped in a standing position sculpt into different shapes. From left to right, WT (unaltered), Large Z-ring, Z-square and Z-heart. All cells express FtsZ-mNeonGreen as the only source of FtsZ.

Well, apart from being a fun side project, it turns out that the Z-squares, Z-hearts and all the other shapes were very similar in not only dimensions of the “FtsZ-blobs” but also in treadmilling dynamics.

In other words, these findings showed that (at least in E. coli) the Z-ring is highly robust and forms at midcell indifferent to the underlying local membrane geometry of the cells, indicating that the biochemical composition, not membrane geometry, is a governing factor during Z-ring formation.

And lastly, in addition to hopefully being informative for the cell division field, I hope everyone can appreciate the beauty of shaped bacteria (Figure 3). 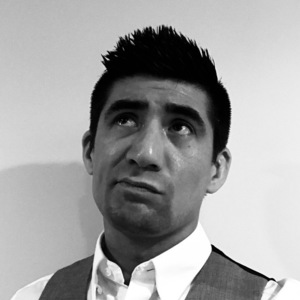